BERLIN — The coronavirus pandemic has so far claimed more than 2 million lives. That is more than the number of people worldwide who die every year from traffic accidents or AIDS. And in Europe, at least, the crisis is far from over. Death rates are still high and doctors are being forced to choose which patients to prioritize.

Some East Asia countries, on the other hand, seem to be dealing with the pandemic better, with significantly lower infection and death rates. Is is because of their Confucianist cultures, where discipline and the collective good are more important than individual freedoms? Or because they have limited data protection, which makes track and trace easier? Does the form of government play a role?

For a while now, political scientists have been debating whether a democracy or autocracy is more effective at combating the virus. Are democracies more vulnerable to epidemics? Is it perhaps a good thing that the virus first broke out in China and not in the United States, because an authoritarian regime has more far-ranging powers?

If you take a look at the figures, of the 20 countries with the highest infection rates, eight are democracies (the United States, India, France, the UK, Italy, Spain, Germany and the Czech Republic), 11 are so-called "flawed democracies" (Brazil, Russia, Turkey, Argentina, Colombia, Mexico, Poland, Peru, Ukraine, South Africa, Indonesia) and just one, Iran, is an autocracy.

But it's also true that authoritarian regimes make a habit of covering up inconvenient facts. It may be the case, therefore, that certain autocracies are missing from the list because they aren't reporting their COVID-19 infections.

That aside, what's interesting is the large number — among the countries with the highest infection rates — of "flawed" or "illiberal" democracies. These are terms political scientists use to describe countries with a (sustained) absence of political freedoms and rights or constitutional elements (in individual cases, the distinction between a flawed democracy and an autocracy is not always clear).

All of this could be a coincidence, of course. But there may be a causal link between a country's form of government and its performance in combating the pandemic.

We know from empirical research, for example, that democratic states have better public goods (such as health infrastructure) than autocratic countries. In a study that took Kenya as an example, researchers Antoine Marsaudon and Josselin Thuilliez found that a democracy tends to be more effective than an autocracy in combating HIV.

There may be a causal link between a country's form of government and its performance in combating the pandemic.

The reason is that citizens in a democratic country have better access to information through free media and are more aware of methods of protection against HIV. That doesn't mean that when a country becomes a democracy, the HIV infection rate goes down. But a person living in a democracy has a lower risk of being infected with the virus. And also a lower risk of starvation.

Indian economist Amartya Sen once said that there is never famine in functioning democracies. The reason is that democratic governments must win elections, so they have a stronger motivation for avoiding humanitarian disasters. An authoritarian leader, on the other hand, can ignore the suffering of the people to a certain extent, as he or she doesn't need to be re-elected (see North Korea, for example, where the regime's mismanagement of the economy has led to a decades-long food shortage).

That famines have been on the rise in recent years could have less to do with climate change and more to do with a decline in democracies worldwide.

Evidence that democracies are generally better than autocracies at managing crises can also be seen in their lower child mortality rates. That doesn't mean that individual autocratic regimes always fare worse than democracies when it comes to public goods. The child mortality rate in democratic India is far higher than in autocratic China. But autocracies suffer from different illnesses. 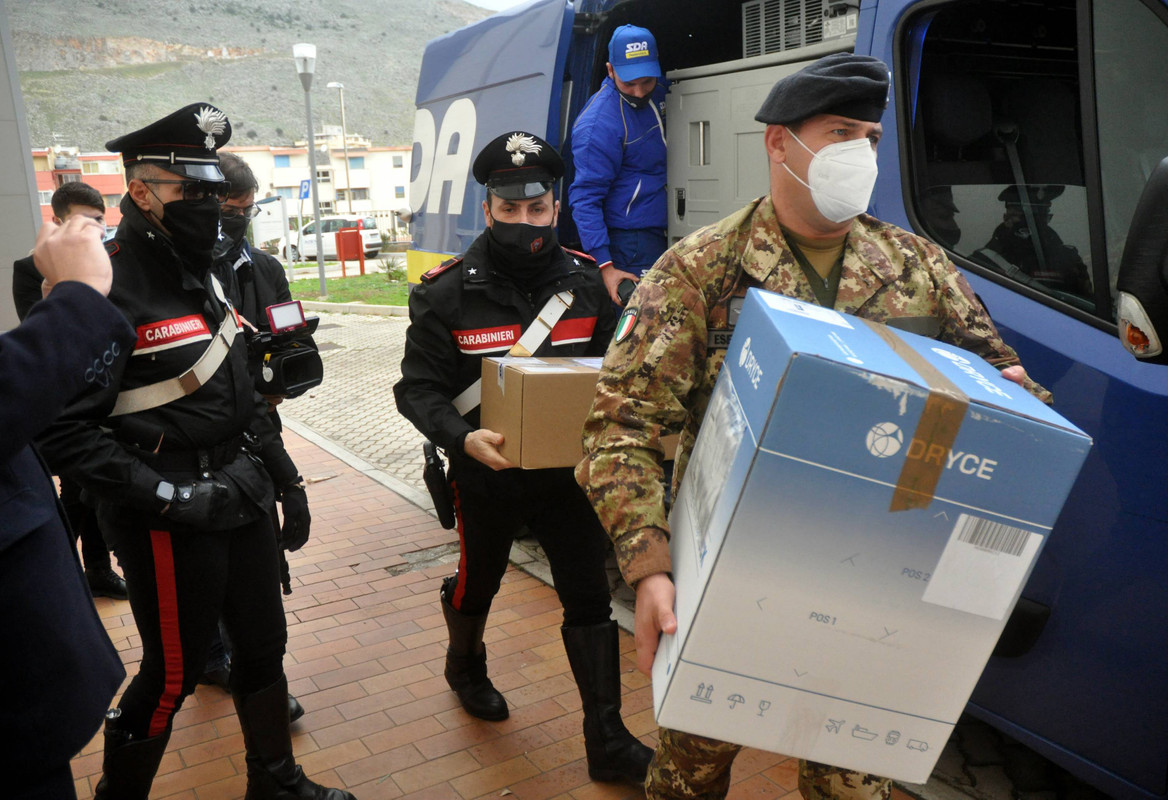 In a study of the SARS epidemic in Asia, social scientist Cong Cao wrote that authoritarian regimes create ways of disseminating information that are skewed in their favor, which allows bureaucrats to spread lies or suppress the truth.

In February 2003, a doctor asked the local government in Guangdong to make information about the epidemic public. He was turned away — the authorities didn't want any information to get out. As a result, Beijing lost valuable time. Now history has repeated itself: Chinese doctor Li Wenliang, who tried to warn people about the coronavirus in the early days of the outbreak, was silenced by the police and later died from the virus himself.

It is highly likely that the actions of autocratic governments accelerated the spread of coronavirus. Former U.S. president Donald Trump acted like an autocrat himself by initially playing down the severity of the virus, and the high infection rates in the United States may be the result.

Interestingly, Europe was barely affected by the SARS virus — there were only a handful of cases in Germany. It's true that in 2003, there was much less international travel to spread the virus. But the decisive factor in successfully combating the virus was that doctors shared information with each other. This shows that transparency and exchanging information are effective weapons in the fight against pandemics.

But it's also true that with this particular pandemic, even liberal democracies have been forced to introduce some more authoritarian measures: To curb the spread of the virus, they have restricted basic rights by ordering people to stay home, for example. Curfews and checks on those required to quarantine are measures we would usually only see in police states. But desperate times call for desperate measures.

Even liberal democracies have been forced to introduce some more authoritarian measures.

American political scientist David Stasavage wrote in an essay that autocracies and democracies face very different challenges in a pandemic. The question is not which is better at managing the crisis, but what are the advantages of disadvantages of each system. In an autocracy, the state can act decisively, without any institutional barriers. But there's also a risk that information will be suppressed. In a democracy, information circulates more freely, but it is more difficult to impose strict measures.

For Stasavage, the main problem is how to gauge risks. In Jan. 1976, when soldiers at the U.S. military base Fort Dix began to fall ill with an influenza virus, the wider public was gripped by fear of a second Spanish Flu. Then U.S. President Gerald Ford ordered a mass vaccination drive. A vaccine was produced and fast-tracked through approval.

After reports of illnesses and deaths connected to the vaccination, the population became skeptical. Fear of the vaccine was greater than fear of the virus. The swine flu turned out to be harmless — the virus had never left the military base. The vaccination program, which cost $135 million, was a political and economic disaster. Ford was not re-elected.

This case shows how difficult it is for political leaders to accurately gauge threats. There's a small margin of error between alarmism and downplaying. Governments worldwide are currently facing greater challenges, when you consider the growing number of anti-vaxxers and the spread of fake news online.

But it's not only authoritarian regimes or flawed democracies that are restricting those kinds of basic rights. Liberal democracies are also openly considering restrictions on freedom of expression in order to combat the virus. The interior minister for the state of Lower Saxony Boris Pistorius (SPD) has called for fines or even harsher punishments for people who spread fake news or half-truths. The virus of autocratic rule is starting to infect liberal democracies.

The dilemma facing democracies is that they must remain democratic in order to be resilient in this crisis, but that they also have to act in an autocratic manner. As law professors Stephen Thomson and Eric C. Ip wrote in a recent essay: "An unjustified erosion of civil liberties in the name of combating the virus is counterproductive and self-destructive, as it will set public health back in the long term."

If it is true that democracies provide better basic services for citizens, dismantling civil liberties would eventually lead to higher mortality rates. It has been proven, after all, that more people die in autocracies than democracies. Civil liberties, therefore, are still our best protection against coronavirus.

Welcome to Thursday, where the UK has begun a trial of mixing vaccines, Facebook is blocked in ...