Large cities like Buenos Aires are prepping for life after the lockdown and anticipating changes, among other things, in the ways people commute.

BUENOS AIRES — Once the lockdown is lifted, Buenos Aires will be different, in certain ways, from the city we were forced leave behind some 40 days ago. At least for a while still, the pandemic's harsh effects will continue to reshape daily life, especially with how we move around public spaces.

The head of the city's transport and public works department, Juanjo Méndez, cites a recent poll to suggest that 10% of the people who typically use public transport will now travel by car. This may anticipate a more emphatic trend as confinement is lifted but with the virus still present, and lead to one of two undesirable scenarios. One, as Méndez hints, is the increased use of the private vehicles. The other is jam-packed buses and metros.

Similar overcrowding could be seen on streets, in shops, at bus stops or in underground stations. With that in mind, the city government has a plan to ensure that minimum distances are respected and mobility options exist. "Cities that come out of quarantine find they must offer alternatives to the private car, which is why we have bicycles, both normal and electric, and even scooters," Méndez says.

The transport chief says that city's bike lanes system currently allows 310,000 daily trips but may need to be greatly expanded to compensate for public transport.

The Colombian city planner Carlos Pardo also has some insights on how people may change their mobility options once confinement ends. He points to a study suggesting that passengers will shift from public transportation (bus, rail and metro) to active transportation means (bicycles, scooters and even skateboards). The research predicts a 56% drop in passengers compared to the pre-quarantine period, with the active system growing 60%.

"Cities that come out of quarantine find they must offer alternatives to the private car.

The study showed that the use of cars and motorcycles would remain relatively stable in the pre and post-pandemic periods, while the use of taxis and ride hailing services could rise by 30%. It also concluded that post-pandemic, public transportation would struggle to recover its previous user numbers, while taxi and bicycle usage would remain high, suggesting some of the urban mobility changes could be lasting. 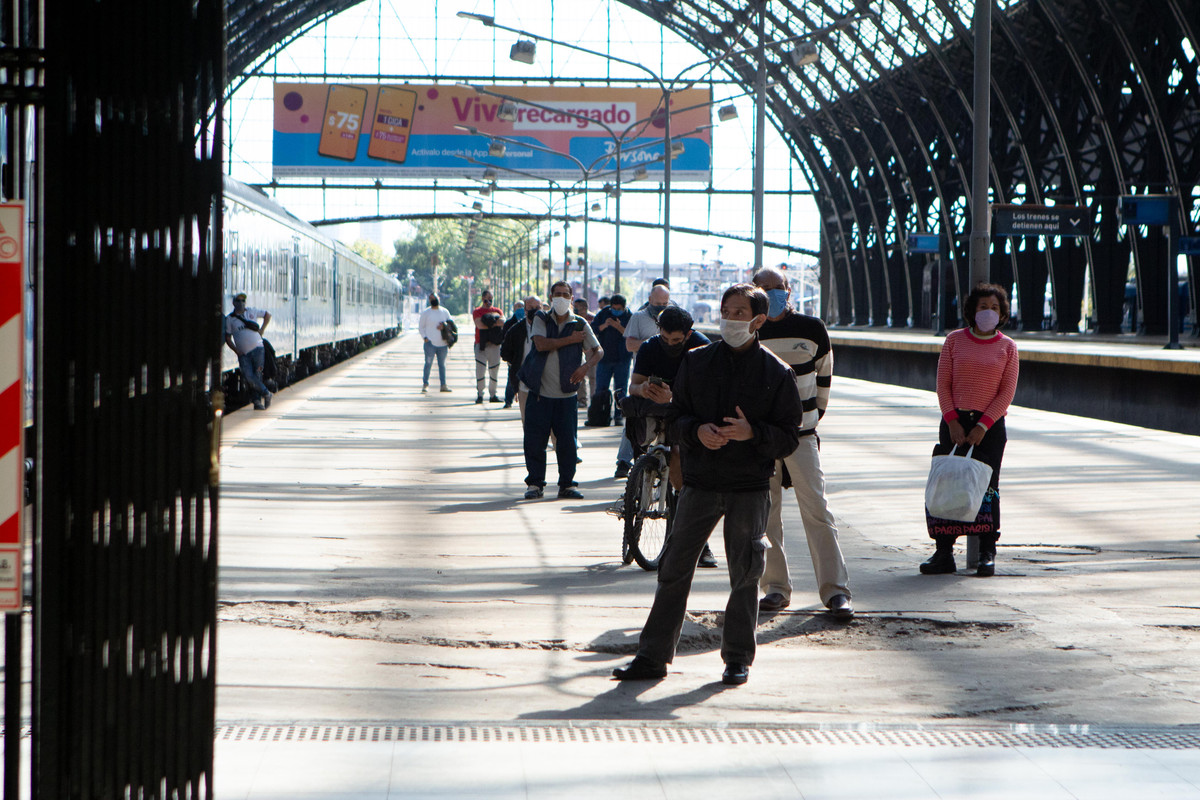 Before the confinement order, 47.2% of Buenos Aires residents used public transport, 27.7% used a personal vehicle (car or motorbike) and 23.6% walked or cycled. Quite a few cities on the American continent are already expanding their bicycle and scooter paths by depriving the automobile of one of its lanes on the street.

For obvious health reasons, the city government is also concerned about congestion. "A train station like Retiro in Buenos Aires offloads some 2,500 commuters an hour onto the city while a metro train can only seat 250 people (or 16% of its users in normal times)," says Méndez. "That will mean very long queues if there is adequate distancing."

The official says that horizontal signaling, or signs on the ground to keep people apart, have already been installed in more than 500 bus stops and metro stations so that passengers respect the minimum preventive distance of 1.5 meters. Looking ahead, the city plans to mark all its 6,800 transportation stops and also locations like shop entrances and sidewalks.

In supermarkets, city authorities have been distributing instructions to staff on the implementation of distancing among customers. And many shops are expected to serve customers without entry. Méndez says that the city is also going to design new rules for using sidewalks to ease pedestrian movement and take some of the space used to park cars to create space for queues to enter shops.

Several other cities are working to reform their public spaces in response to new sanitary norms. The U.S. capital, Washington D.C., intends to widen some sidewalks to facilitate social distancing, especially outside supermarkets and other crowded venues like pharmacies or DIY stores.

The writing, in other words, is on the wall: Cities need to adapt, as do the people living in them, because even after lockdown, the virus won't just disappear unfortunately — at least not anytime soon.