German Automakers: Dump Diesel Strategy Once And For All

MUNICH — Here's what happens during a typical week these days in the German auto industry: The Munich public prosecutor imposes an 800-million-euro fine against Audi; investigators probe the Opel sites in Rüsselsheim and Kaiserslautern on suspicion of fraud on exhaust measures and nearly 100 000 vehicles are recalled, the Volkswagen group says it wants to sell cars on the internet and prevent driving bans in cities and retrofits by offering the scrapping of old diesel vehicles against exchange premiums of up to 10,000 euros. The diesel drama as the ultimate sales promotion — Chapeau!

Otherwise, everything is business as usual. Former Audi CEO Rupert Stadler is still suspected of fraud linked to bogus emissions policy, alongside corporate patriarch Ferdinand Piëch and former VW boss Martin Winterkorn. One now lives as VW king and retired billionaire in Salzburg, the other in the comfort of his villa in a fine Munich district and is now focused on real estate instead of diesel engines. It is said that Winterkorn has begun to slow down on traveling since the U.S. Justice Department issued a warrant for his arrest.

The German auto industry in autumn 2018 looks rather sad. The heroes have fallen. Once proud industrial icons like VW, Daimler or Audi have long been targets of investigators and lawyers. Driving a diesel car is becoming more and more difficult in cities; customers are frustrated, and the tragic thing about it all is that the industry is about to undergo the biggest upheaval in its history. Car manufacturers need to focus on the future. But they have little time because they are trapped in their own past.

The big corporations are trapped, with the trap triggered on Sept. 18, 2015 — the day that Volkswagen's emissions manipulation was revealed. Such a manipulation from such a reputable company was thought impossible. And yet the "dieselgate" has led to the collapse of an entire industry's strategy. Now the companies have to think of something new. And fast.

They had counted on their diesel strategy to last forever. Instead of using future technologies such as electric and hybrid powertrains, they used diesel engines on a large scale. Precious years went by, and alternatives were left out. This strategy has come to a halt and today companies are hanging somewhere between faltering diesel dreams and the EU's ever stricter limits on carbon dioxide emissions (CO₂), bans on driving and a range of models largely from the past.

That was an illusion.

There was once a major political goal: By 2020, a million electric cars were supposed to speed along German roads. It seems hardly possible now: In the first half of 2018, only 17,000 electric cars were allowed. VW CEO Herbert Diess warns that tens of thousands of jobs in the car industry are at stake, because of the EU's strict CO₂ limits. Worker Interests versus Environmental Protection — an old debate.

It sounds like a potential threat for a whole country. But what Diess did not say is that the industry has spent too long believing they could continue to set the rules of the game in the future. That was an illusion. Strict limits for internal combustion engines are part of the solution, not the problem.

The big automakers are now changing their fleets. VW plans big for the coming years, and BMW had already begun building electric cars years ago. The question is not only whether there are enough charging stations for these vehicles and where the electricity comes from, but whether the companies really want to sell these cars, instead of diesel and gasoline models. 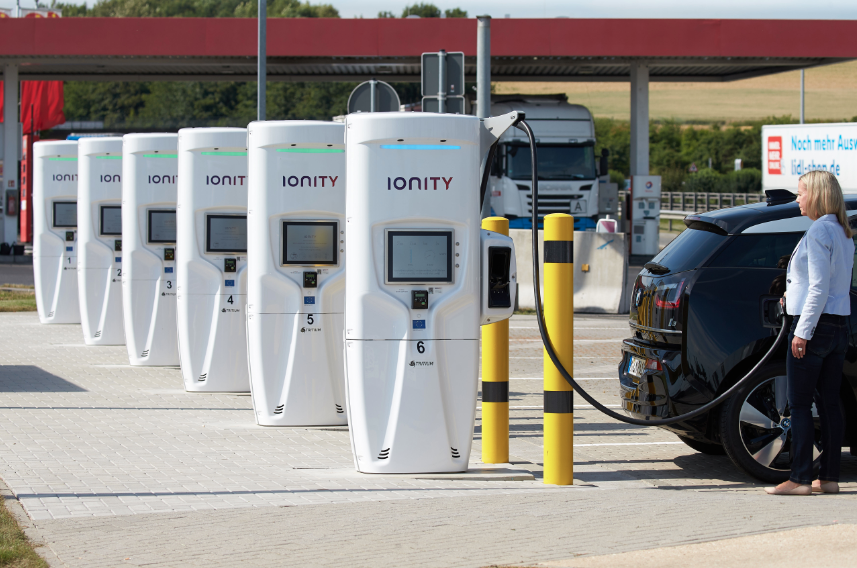 After all, the transition years to electro-mobility will be meager for most. The electrification of the fleets costs billions, profits and margins of the success-spoiled diesel sellers will first sink. So are the corporations ready for lower profits?

Sergio Marchionne, the late Fiat boss, said a few years ago about his electric Fiat 500: "I hope you don't buy it." Every electric car sold is a loss to the company. If the manufacturers want to get out of the diesel trap, they have to sell electric cars, as many as possible. In the future, a car salesman has to ask himself how much CO₂ he has sold during the week — and how many emission-free vehicles. The sales culture of an entire industry has to evolve.

To comply with the CO₂ limits for their car fleets, the diesel vehicles had been firmly scheduled to achieve the climate goals. Diesel cars have a lower consumption and emit less CO₂. The fact that they blow out a lot of poisonous nitrogen oxides only played a subordinate role for the industry. The balance sheets of the corporations became more and more dependent on diesel sales each year. Diesel became the business model.

A car had to rattle and roar, and smoke.

Car dealerships in the world celebrated "clean diesel." In purely linguistic terms, this was a perfidious marketing campaign: "Clean Diesel" sounded like something ecologically valuable and viable. In American commercials, VW presented a lady holding her white scarf in front of the exhaust of her diesel car to show her friends how clean her car is. If the engineers had invested their energy, time, and research billions in other projects in good time, the entire industry would probably have been spared. But there was no room for alternatives in the old world.

The year before the diesel scandal, VW Patriarch Ferdinand Piëch said he had "no place in his garage for electric cars." A car had to rattle and roar, and smoke. Otherwise it was not a car. There was a lot of arrogance in the game from the old guard who did not want to accept new rules of the game. There was probably also the worry of not being able to compete in the new world. They were hoping to somehow survive in the future with the technologies of the past. Now that diesel is breaking down as an alternative and people are switching to gasoline, panic is spreading throughout the industry.

The self-pity of some car manufacturers is out of place from companies that have been making billions in profits: The diesel era has filled the vaults, and now that money is now urgently needed to get the cars of the future on the road.

One possible model may come from Porsche. In the future, Porsche intends to focus increasingly on hybrid technology and electromobility, investing billions of euros in the coming years. That's the only way out: Put everything into the technologies of the future, and don't pour any more time or money into a technology that has no future.