Why Iran Is Actively Backing The Taliban For The First Time

Iran's clerical Shiite regime has seemingly overturned its long-held hostility to the Taliban, and may be readying itself to welcome the "enemies of America" as Kabul's new masters.

There can be no doubt the situation in Afghanistan is critical. As U.S. and allied troops depart, the Taliban are exploiting the Kabul government's weakness to capture districts and towns, especially in the north.

In some areas, conditions seem normal by day but as darkness falls, armed motorcades attack villages, patrols or army posts, firing on any Afghan citizen trying to resisit.

A UN report from May listed 50 of Afghanistan's 400 regions as being in Taliban hands. And that progression appears relentless, with eight districts falling in June in less than two days in the provinces of Takhar, Samangan and Balkh, and some fighting reaching the outskirts of cities like Mazar-i Sharif.

There have been reports of Afghan troops simply handing over their trucks to the Taliban, by some accounts as many as 700 trucks or lorries in recent weeks, in addition to armored vehicles and artillery equipment. All these will aid the Taliban in their war effort.

The head of the Islamic Party of Afghanistan, Gulbuddin Hekmatyar, says "there are secrets behind the fall of cities without any fighting, and circles inside the Afghan governments have a hand in their fall."

The Revolutionary Guards want the country turned into another quagmire for the United States.

U.S. security sources say the Taliban may take Kabul within six to 12 months after Western forces have fully withdrawn. Still, International Crisis Group analyst Andrew Watkins recently told the Wall Street Journal the Taliban were not invincible, and Kabul's fall is by no means a certainty. Other specialists have pointed out that the Taliban have been capturing rural terrain of little strategic worth, attributing their successes also to the uneven distribution of Afghan troops, mostly trained to defend the big cities and highways.

And then, there are accusations from Afghan politicians that certain foreign powers, Iran, Turkey and Pakistan, were helping the insurgents.

Abdulsattar Husseini, a legislator, has accused the Iranian Revolutionary guards and Pakistan's ISI intelligence agency of helping the Taliban, saying arms have been smuggled in from Iran. 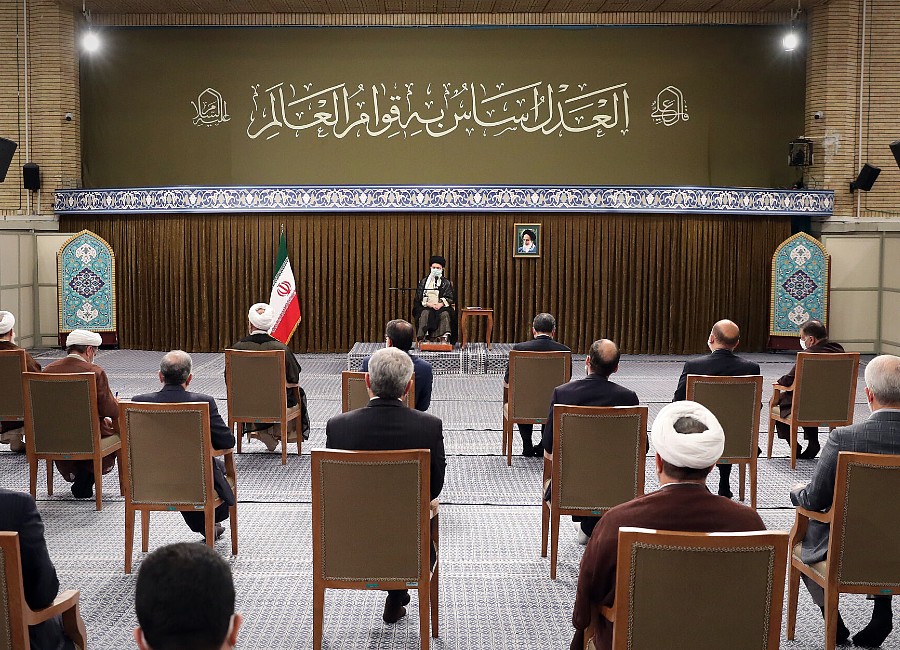 In the past 20 to 30 years, Afghanistan has, like Iraq, Syria and Lebanon, entered the Iranian regime's "resistance" map of regions where it sought to extend its ideological sway at the West's expense. The Revolutionary Guards have been biding their time ahead of a Western withdrawal.

Aware of the West's strategic and security interests in Afghanistan, and its rivalries with China and Russia, the Guards want the country turned into another quagmire for the United States, like Iraq. In fact, backing the Taliban and al-Qaeda could help the Iranian regime send its own militias into a lawless country, compensating for its weakened position in Syria and Iraq. These are used to extort concessions from Western powers, regardless of the cost to the long-suffering Afghans.

The Islamic Republic is not only inclined to see the Taliban take Kabul, but already busy whitewashing the terrorists at home, with one conservative daily in Tehran writing: "the Taliban today are not the Taliban who used to cut heads off."

"But after the United States toppled the Taliban in 2001, the Iranian Supreme Leader not only sheltered them but is now veering toward closer ties with them"

According to U.S. State Department documents, many Taliban and al-Qaeda leaders have been living in Iran in recent years. Cities like Mashhad, Qom and Tehran are in turn training bases for the Shia Fatemium militiamen fighting in Syria under the Quds Army, the Revolutionary guards' strike force in the Middle East. Dozens have returned to Iran as war winds down in Syria, ready to fight in Afghanistan instead, if not inside Iran. The Revolutionary guards would have no qualms about using them to crush domestic protests in Iran.

Some years ago, Iran's Supreme Leader Ali Khamenei, denounced the Taliban as sworn enemies of Shia Muslims, describing them as "hard-hearted," criminal and "creatures" of the United States. But after the United States toppled them in 2001, he not only sheltered them but is now veering Iranian foreign policy toward closer ties with them. And it is the task of various figures in Tehran to start rehabilitating the terrorists. The legislator Ahmad Naderi has called the Taliban "one of the region's essential movements," with whom "we have shared enemies." Ali Shamkhani, a former defense minister, now a senior security official, has praised their leaders for their resolve in fighting the Americans.

Iran's ambassador in Kabul, Bahador Aminian, calls the "resistance" in Afghanistan part of an "Islamic awakening" influenced by the ideas of Iran's late revolutionary leader, Ruhollah Khomeini. The fact is the regime and the Revolutionary guards have extended their tentacles, and their money, into both the Afghan government and the Taliban.

The arch-conservative Ibrahim Raisi's election to the Iranian presidency is pushing its regime cl...

Welcome to Monday, where Iran's new leader has tough words for Joe Biden, Olympics athletes will ...