Alberto Fernández takes office with a well-known left-leaning world view, but in a Latin American region increasingly dominated by the right.

BUENOS AIRES — State policy is shaped, in part, by geography, which is why it's important to look at the international and sub-regional context in which Argentina's new president, left-leaning Alberto Fernández, finds himself. A quick historical comparison could help identity some past lessons and the challenges he faces.

When Juan Domingo Perón became president, in 1973, tensions between the United States and the Soviet Union seemed to be waning amid their so-called détente — as evidenced by several pacts on nuclear weapons. But in the Third World, and in Latin America in particular, their rivalry remained intense.

While the superpowers established a relative state of cohabitation along an East-West axis, U.S. President Richard Nixon's confrontational approach, which forced states to either back or oppose the United States, continued along the North-South axis. And all along Argentina's borders, dictators were in power: Juan María Bordaberry in Uruguay; Emilio Garrastazu Médici in Brazil; Alfredo Stroessner in Paraguay; Gen. Hugo Banzer in Bolivia; and Gen. Augusto Pinochet in Chile.

At that time, our foreign policy sought to diversify the country's political and economic relations. Argentina thus joined the Non-Aligned Movement and signed agreements with communist states in Eastern Europe and with the Soviet Union. In South America, amid a sensation of being hedged in by authoritarian neighbors, the government sought to strengthen ties with the one government with which it effectively shared affinities: the leftist government in Peru led by Gen. Juan Velasco Alvarado.

The idea was to create counterbalancing axes in the region.

Just a few years later, however, Washington's anti-communist obsession in Latin America, its discreet or brazen backing of coups and neighbors that were eagerly fomenting them, and acrimonious factionalism among the Peronists, combined to topple democracy in Argentina in 1976.

This, then, is one of the first lessons from that sensitive juncture: Party disunity is lethal and more so in a regional setting of disdain for democracy, especially when there is no countering an over-ideological United States either locally or internationally.

In 1983, the Washington-Moscow rivalry regained vigor and led to a new arms race. But the United States now appeared less keen on backing Latin American coups, especially in South America. The experience of the Falklands War, involving Great Britain, the chief ally of the United States, showed that promoting military meddling in government did not always serve U.S. international security interests. 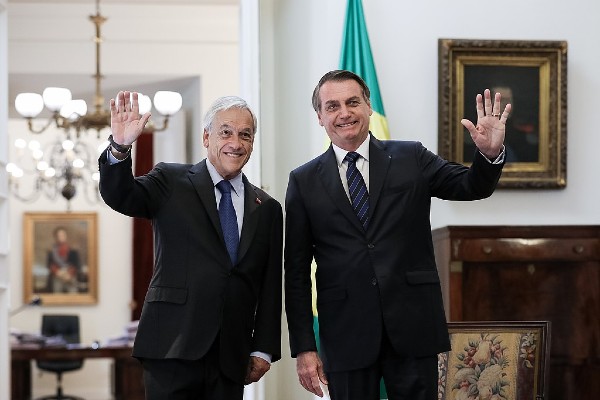 Authoritarian regimes ruled our neighbors while in Bolivia, a democratic government led by Hernán Siles Suazo faced serious difficulties. In the presidency of Raúl Alfonsín in the early 1980s, Argentine foreign policy sought to bring peaceful solutions to several crises in Central America by participating in the Contadora Support Group, while regenerating closer ties with Western Europe.

In spite of difficult conditions internally, regionally and worldwide, elections were finally held in Argentina and the government changed hands. In this case, the key factor — at a time when authoritarian governments still dominated the region — was the cohesion of the Radicals (Alfonsín's party) and a Peronist movement that was not playing at obstructing the institutions.

In 2019, the Fernández presidency faces a very complex context. The United States has engaged in a "triple" war against China: commercial, technological and a much broader, geopolitical one. Closer to home, our neighbors have mostly democratic governments though these are generally conservative if not reactionary: Luis Alberto Lacalle Pou in Uruguay, Jair Bolsonaro in Brazil, Mario Abdo Benítez in Paraguay and Sebastián Piñera in Chile.

Bolivia is a case apart, with a self-proclaimed post-coup government headed by the Senator Jeanine Áñez. Argentina's domestic situation, in the meantime, is frankly dramatic, in both social and economic terms.

In this very restrictive scenario, the new government has yet to clarify its foreign policy outlines. Mexico could be a good partner, but it is not (nor should it be) a new, countervailing axis. Relations with Europe are important but the EU is going through its own difficulties.

China is a fundamental counterweight, but one must avoid becoming dependent on Beijing.

The international economy is showing signs of contraction and there is relative stagnation in trade. Russia is an actor of international weight, but let us not overstate its pull in world politics. The global South is less cohesive than a few years back, and Brazil constitutes the government's principal challenge.

What lessons do the experiences of 1973 and 1983 leave us? First, we need to properly gauge U.S. foreign policy both globally and regionally. Second, we shouldn't assume a siege mentality and start enacting a double policy toward our immediate neighbors. Third, the government should avoid factional discord and the fragmentation of its Frente de Todos coalition.

The Fernández administration will also need an opposition that is critical but doesn't toy with destabilization. And we all need to be aware that Argentine foreign policy will be on a knife edge. Alberto Fernández will be obliged to move between the imperatives of domestic, socio-economic demands, and external conditions riddled with political and material pressures.

*The author is an international relations specialist and vice-chancellor of Torcuato Di Tella University in Buenos Aires.