Something Is Rotten In Europe

The European establishment has a decade-long listening problem, and it won't be solved by shaming the anti-EU populist parties that scored big in this week's election.

BERLIN — It is a slap in the face for the European establishment. Some 30% of the seats in the newly-elected European parliament are going to parties that are against the Europe project itself. That's 6% more than the last election. And the eurosceptics have their strongholds in the two most important European Union countries after Germany: Britain and France. What’s more, most of the voters supporting these parties are not in the vulnerable peripheral democracies but mainly in core Europe — in the eurozone and other Western countries.

Yes, something is rotten in Europe. And the reaction from politicians in the big European party blocks makes it clear where the problem lies. In view of the strength of the anti-EU populists, say parties on both sides of the spectrum, we will have to work even more strongly together. What that means is: The establishment is closing ranks and turning a deaf ear. The European Parliament wants to prevail over national governments, and national governments see the delegitimization of the EU with more than a little schadenfreude.

The centrist parties to both the left and the right are painting the specter of right-wing extremism on the wall. They perceive that it’s in their interest to do so. The populists are Europe’s street kids — not the sort of kids you play with. And yet the anti-establishment parties do not by any means constitute a unified block. Marine LePen’s National Front in France, for example, is an off-putting far-right party that only recently and in a transparently opportunistic manner switched its anti-Semitism to a more socially acceptable hostility towards Islam.

But the British UKIP moves within the spectrum of conservative politics: It is against immigration and against Britain’s membership in the EU, but it is not racist or extremely nationalistic, and doesn’t want to have anything to do with LePen. For the German anti-euro party AfD, on the other hand, UKIP’s hostility to Europe goes too far. The AfD criticizes the euro precisely because it believes that the common currency is destroying the EU.

And the other protest parties can be similarly declined, from Beppo Grillo’s anti-political Five Star Movement in Italy, via various central-European national-liberal parties, to the case of Greece where the radical left-wing and extreme right agree in their condemnation of the tough austerity measures imposed on the country. 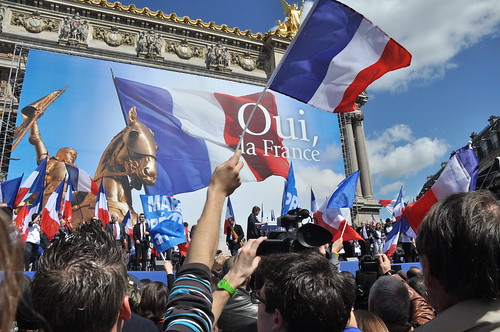 Simply excluding the populist party representatives is counterproductive. It is tantamount to ignoring voters. To be sure, these are often the losers of modern Europe who are sneered at by the higher earners and the better qualified. But for one thing, Europe shouldn’t be producing so many losers, and for another, democracies unlike dictatorships can’t quite simply take folks out of the equation just because it suits them. Europe should be paying attention to that 30% if it wants the EU project to survive.

Part and parcel of that is the restitution of decision-making power to national, regional and local parliaments, what in EU-speak is called "subsidiarity" but in actual fact spells democracy. Still, it goes without saying that the EU does need to be involved in matters like the shape of cucumbers and how much current light bulbs use: A single market requires uniform standards.

In such cases, one EU regulation instead of 28 regulations from individual governments means less, not more, bureaucracy. But in other areas, whether it’s taxation, social services, or education, Brussels shouldn’t be involved. On the contrary, here the principle of competing systems should apply. And it should not be taboo to ask the question as to whether the euro helps or hinders the competition.

This election brought clarity on a number of issues, including the fact that Europeans don’t want an ever-tighter Union, at least not yet. And in the foreseeable future there will be no federal Europe based on the German example, as some German politicians have suggested. Not only Britain is against that — the French don’t want it, nor do the Italians, not to mention the "new Europe" in the east.

Martin Schulz and Jean-Claude Juncker may believe that the future of Europe depends on one of them becoming president of the Commission, which would strengthen the power of the European Parliament but otherwise change nothing. The future of Europe actually depends on its delivering foreign policy security; a joint and solidly united energy policy; finally some growth and jobs; and more democracy. Whatever serves these objectives makes sense, and whatever doesn’t won’t start making sense just because it’s now been doused with pathos.

Welcome to Friday, where China sees its largest COVID-19 outbreak since Wuhan, the International Space Station is (briefly) thrown out of control, and a meme-related 80s hit passes the ...

Welcome to Thursday, where a Chinese official meets with Taliban leaders, an earthquake triggers a tsunami alert in Alaska, and rock fans mourn the death of a bearded icon. With the Tokyo Olympics ...