Even Somalis born and raised in Kenya are often rounded up and harassed after the Somali-based terror group al-Shabaab strikes, as it did in Garissa April 2.

NAIROBI — When the Somalia-based terror group al-Shabaab slaughtered 148 people, including 142 students, in the Kenyan city of Garissa earlier this month, it resurrected bad memories for Ahmed Ali, a 35-year-old Somali who was born in Garissa.

“Once again, like last year, we’re going to be punished by the police,” he says. “In fact, it’s already started. Here in Eastleigh [a suburb of Nairobi], we’re scapegoats. Whenever the al-Shabaab attack Kenya, we end up being blamed for it.”

The rain is threatening to break on this April afternoon, exactly one week after the attack. Like any other day, a dense crowd is rushing inside the Sunshine shopping mall, a maze of stores and stands offering inexpensive fabric, clothes, bags and shoes.

Ali, who sells shirts here, has been living a stone’s throw from the mall for the past ten years. Indeed, most of the 250,000 residents in this neighborhood, called Eastleigh, are Somalis, living amidst skyscrapers of glass and steel that stand alongside decrepit buildings on streets that you recognize for the pervasive stench. 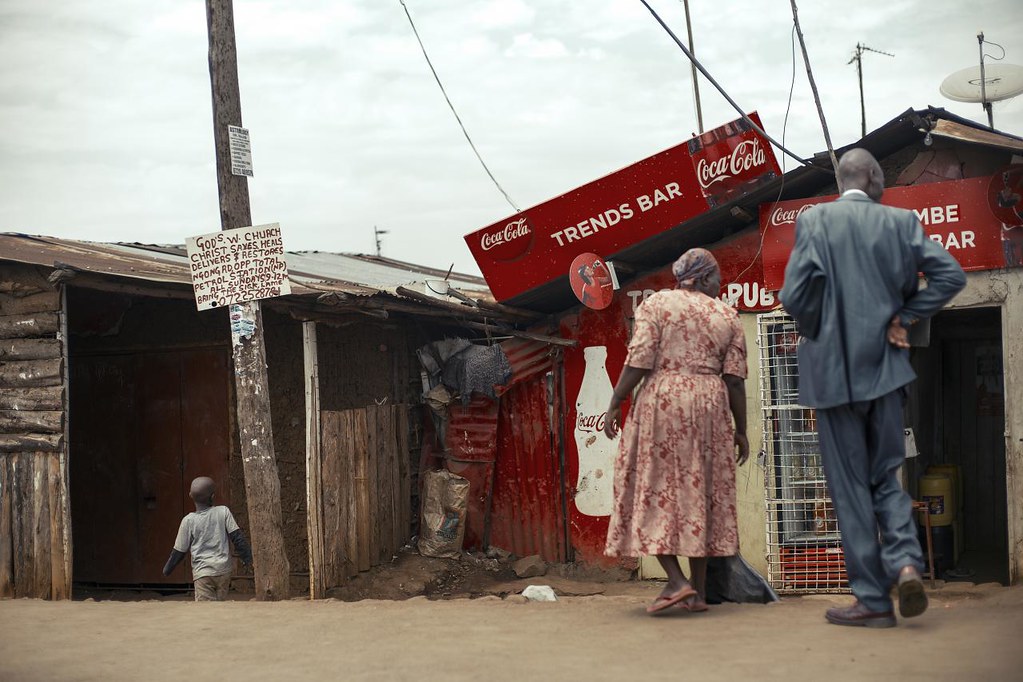 What Ali fears the most is that the police will launch something similar to the March 2014 “Operation Usalama Watch.” Six months after the al-Shabaab attack on Nairobi's Westgate mall, which was followed by several attacks along the coast, security forces descended on Eastleigh. Officially, “Usalama Watch” targeted a neighborhood that United Nations groups in Somalia and Eritrea had described in a report as being an “al-Shabaab recruiting and financing center.”

In the end, most human rights organizations denounced the thousands of arbitrary arrests of Kenyan Somalis and refugees from the Horn of Africa. Almost all of them were freed a few days later. Others, undocumented immigrants, were either expelled or deported to camps close to the border with Somalia. But no terrorism charges were ever registered.

"The goal was to scare us and to extort money from us," Ali says, himself a victim of a night raid on his house. "Once again, I live in fear."

The government has frozen the bank accounts of 85 people and entities allegedly connected to the Somali Islamists. Among them are the primary Somali money transfer companies. There have been no police raids since this latest attack, but many are saying that police pressure has been ramped up.

Muhammad Ahmed Yussuf, 50, knows this only too well. An Ethiopian refugee and part of the Oromo ethnic group, he's lived in Eastleigh for 20 years. He was arrested around the corner from the mosque where he’d gone to pray the day after the Garissa massacre. “I spent five hours at the police station," he says. "They didn’t interrogate me. And they only handed me my identification back after asking me to pay $50.”

This has become routine in Eastleigh during times of crisis, feeding the collective impression that innocent Muslims are being persecuted. This affects mostly the Kenyan Somalis, who make up most of the Muslim community and feel they’re treated like second-class citizens in their own country, where 80% of the population is Christian. 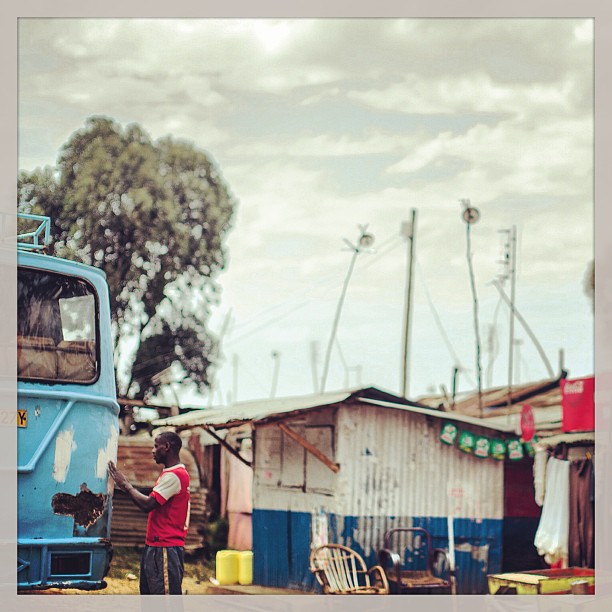 Eastleigh has seen many crises, especially since 2011, when Kenyan troops crossed into Somalia to fight al-Shabaab. Ever since, the terror group has sought revenge by multiplying attacks away from their strongholds, and as far as Nairobi.

During rush hour on the evening of March 1, 2014, a grenade thrown from the street landed between tables at Kwa Mzairua, Tom Watike’s snack bar, wounding 11 people. “Almost all of them were Somalis,” says Watike, who is Kenyan. In recent years, attacks have targeted bars, churches, markets, a police station and even a mosque, killing dozens.

“All communities are victims of this extremism that doesn’t discriminate between skin colors or religions,” says Jawahar Mohamed, a Muslim Somali woman. She says she stands “united with the victims of the Garissa attack,” who were overwhelmingly Christian, and helped organize food and blood donations for them.

Her face carefully made up and her hair elegantly covered with a saffron yellow headscarf, Mohamed is realistic. "Terrorism is among us Somalis, and we have to fight, to root it out, and warn the authorities when one of our children become radicalized or leave to join al-Shabaab.”

But the small crowd that recently marched against terrorism wasn’t enough to counter the prevailing prejudice. Demagogues have raised their voice to demand deportation of the 400,000 Somali refugees who’ve been parked in the Dadaab camps for years.

“Somalis, whether they grew up in Kenya or not, are seen at best as passive accomplices, at worst as sympathizers or terrorists,” says George Okode, a social worker who fights youth radicalization. “That’s probably because they live among themselves, isolated from the rest of society.”

Still, the building where Okode has been living since 1993 tells a different story. The variety of skin colors and facial features of the mothers hanging their laundry on the same lines over a well suggests a diversity of communities. “They’re Somalis born in Nairobi,” he explains.

From his building’s terrace, he points to the next block of flats. “There, it’s Somalis from Garissa and Somali refugees. We don’t know how many of them there are, but nobody other than Somalis lives there," he claims. "Nobody else wants to.”

The influx of Somali refugees began in the early 1990s when their country descended into chaos. And it's never really stopped. “Now that we’ve welcomed them to our country, they’d like for us to leave and don’t tolerate the presence of a Christian, like me," Okode says. "This is my neighborhood, my life, but I must admit that I feel less and less safe."

More and more Kenyan farmers are growing avocados, the native Mexican fruit that are both profitable and relatively easy to produce. But global competition is fierce.