Austria, A Laboratory For Hard-Line Policies On Islam

Heated debate over an "Islam Map" is drawing new attention to the center-right government's aggressive policy, which some in Germany now see as a model.

VIENNA — The colorfully playful facade of the Hundertwasser Museum is hard to miss. Instead, just around the corner in Vienna's Weißgerberviertel neighborhood is another building that you might never notice. Behind the gray door of the house is the Tuna Mosque. It is one of hundreds of small, inconspicuous mosques, as they tend to be in Austria, similar to those in Germany. Often, only members know where they are, and what is preached there.

The mosque in Vienna's Weißgerberviertel is one of more than 600 points on an online map that has recently gotten lots of attention in Austria. The government of Chancellor Sebastian Kurz has presented an "Islam map" that should give an overview of as many of the country's Muslim institutions as possible.

There, one could now read that the Tuna Mosque is operated by the Islamic Federation (IF). This is the Austrian offshoot of the Milli-Görus movement, which is also active in Germany and has been monitored by the Constitution Protection for many years.

For some in German politics, Austria has become a role model.

In the text of the interactive map, it says that the IF operates around 70 mosques in Austria, yet its imams are usually trained in Egypt and most of them do not speak German. And that Milli Görüs strives for an "Islamic way of life in line with Sharia law," which is of "higher importance to supporters than the regional, cultural and social conditions of a society."

The Islam map is the latest push of a broader national policy that has made Austria a kind of laboratory for an uncompromising fight against political Islam. Its bigger neighbor to the north, Germany, is examining Austria's approach to see what the consequences of such a directly anti-Islamism strategy are. For some in German politics, Austria has become a role model. Ideas recently presented by the Christian Democratic Union faction in the Bundestag sound largely similar to what already exists in Austria. 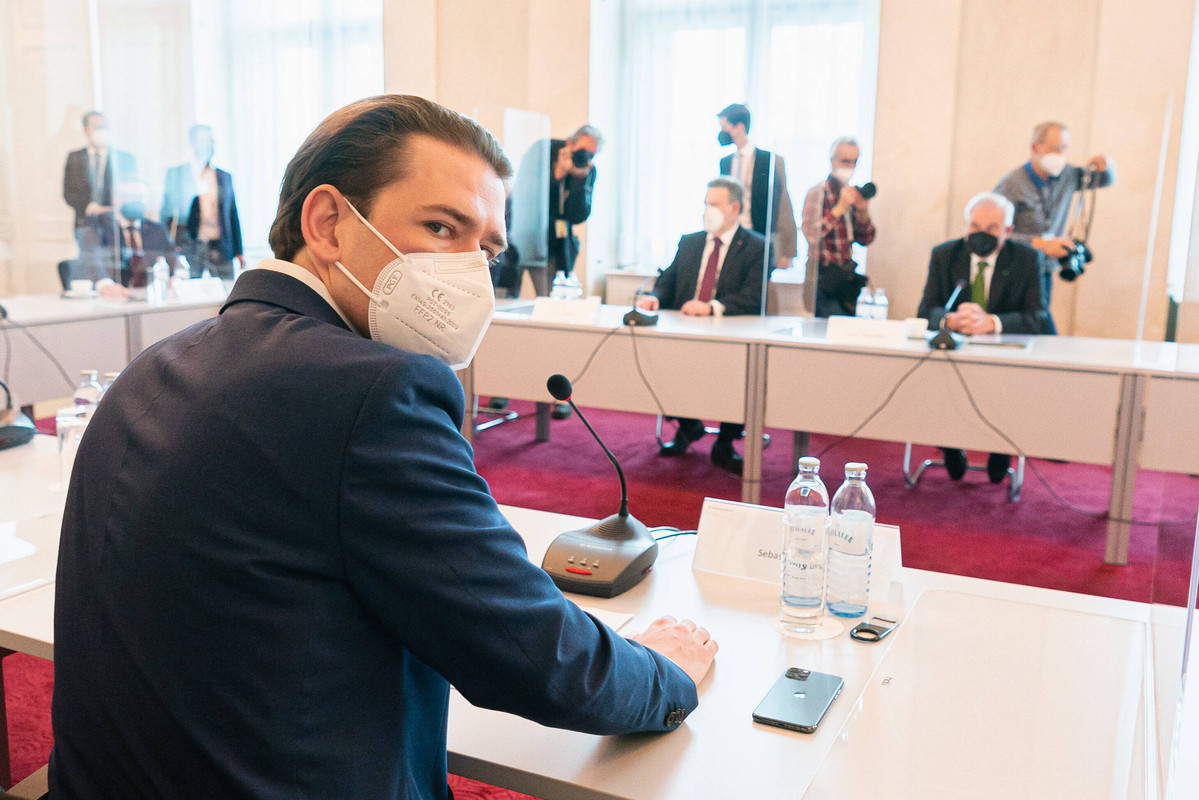 Austrian Chancellor Sebastian Kurz in Vienna on May 28 — Photo: Imago/ZUMA

Muslim groups and other critics, however, say this policy directed toward the religion is the real danger. "This criminalization of Muslim life must be stopped as soon as possible and the Islam map should be taken offline," explains the group Muslim Youth Austria (MJÖ). "The publication of names, functions and addresses of Muslim institutions and bodies read as if Muslims represent an unprecedented invasion."

The MJÖ says it plans to sue to have the map removed. The green coalition partner of the ruling Austrian People's Party (ÖVP) was also "irritated" about the map. Significantly sharper criticism came from the Social Democrats: "I reject stigmatization of religions in principle," Vienna's SPÖ mayor Michael Ludwig tells the daily newspaper Der Standard. "This map contributes absolutely nothing to integration and promotes social division."

The two main accusations against the map are: all Islamic institutions are shown, whether they have problematic political tendencies or not; and exact addresses and names are published, which is questionable under existing data protection law and endangers the safety of those affected. The Austrian Minister of Integration Susanne Raab, who is responsible for the map, sees it differently: The data used can all be publicly visible on the internet or in the register of associations, Raab tells Die Welt.

Muslims themselves should want to know about the mosque they are going to.

"If you now say that you are founding an Islamic association, but do not want anyone to know what you are doing and who you are, then this shows exactly the problem: namely, that you prefer to preach in private back rooms," says Raab.

The Austrian cabinet minister argues that the map is also in the interest of Muslims who did not want to have anything to do with extremist currents: "They should also know which mosque they are going to and which structures and ideologies are behind it."

Raab is a long-time confidant of Chancellor Kurz, and the fight against political Islam dates back several years. Since 2015, the so-called Islamic Law has been in force, stipulating that Austrian law always takes precedence over Islamic beliefs. On the basis of the law, Kurz had several mosques closed and dozens of Turkish imams expelled in 2018 despite the vocal protest of Turkish President Recep Tayyip Erdogan.

Whether similar projects are pursued in Germany, of course, also depends on the outcome of the upcoming federal election to pick Chancellor Angela Merkel's successor. Most recently, there was sharp criticism of candidate Armin Laschet when he announced that he would cooperate again with the Islamic Association Ditib on Muslim religious education in the North Rhine-Westphalia state. This association is directly subordinate to the Turkish state religious authority Diyanet (DIB), showing again that the issue is as much about foreign as domestic policy.

Alone (Not) Among People: Vienna's Coffee Houses Lost To Covid

They haven't actually gone anywhere. But because of the pandemic, the city's celebrated cafés are...