A New Lampedusa? Lebanese Risking Lives To Migrate By Sea

Walking past the ruble in Beirut on Aug. 9 - Marwan Tahtah/APA Images/ZUMA

Lebanese have long emigrated to Europe and elsewhere. But not like during this crisis: on clandestine boats, in a perilous trip toward the island of Cyprus.

TRIPOLI, Lebanon — Afaf Abdel Hamid climbs the damp-ridden stairs leading to her small family apartment in the Qobbé neighborhood of Tripoli, the coastal city in northern Lebanon. Hamid has been consumed by anguish since her son Mohamad went missing at sea. "I want someone to bring him back to me, dead or alive," she says, bursting into tears.

The 27-year-old took off secretly, on Sept. 7, from the coast north of Tripoli. The idea was to reach Cyprus. But the boat, chartered by traffickers and with about 40 other people on board, lost its way. And when a UN Interim Force in Lebanon (UNIFIL) boat finally came to its rescue, in mid-September, the young Lebanese man was no longer on board.

"I didn't want him to leave, but he said that once he was abroad, he'd be able to support us financially," says Hamid as Nisrine, one of her seven daughters, hugs her tenderly. The sea has since spit out several corpses but hasn't offered any clues yet about what befell her son.

Nisrine explains that "after people on board died" Mohamad left the boat in hopes of finding help. But what happened after that is unclear. "I don't know where to go to find the missing," she says.

The explosion at the port of Beirut has rekindled political tensions.

Her brother's motives — he had been unemployed for four years — are obvious to Nisrine. His daily life had become intolerable. "Unemployment and poverty are things we've experienced for a long time in the streets of Qobbé," she says. "The authorities have long given up on Tripoli. What has changed is the plunging of the [Lebanese] pound. Everything has become unaffordable."

The hell experienced by those risking their lives to seek an escape from poverty comes as a shock to Lebanon, which has a long tradition of emigration, but not by means of these so-called "death boats."

Recently, though, clandestine embarkments — from the northern coast of Lebanon to Cyprus, which is close and perceived as a gateway to Europe — have become far more commonplace. And the passengers are no longer just desperate Syrians. There are more and more Lebanese migrants as well.

Between late August and mid-September, 18 boats are presumed to have attempted the journey. After Cyprian authorities in Nicosia tried to prevent migrants from debarking last month, departures were delayed. But were they successful in totally stopping the boat journeys? 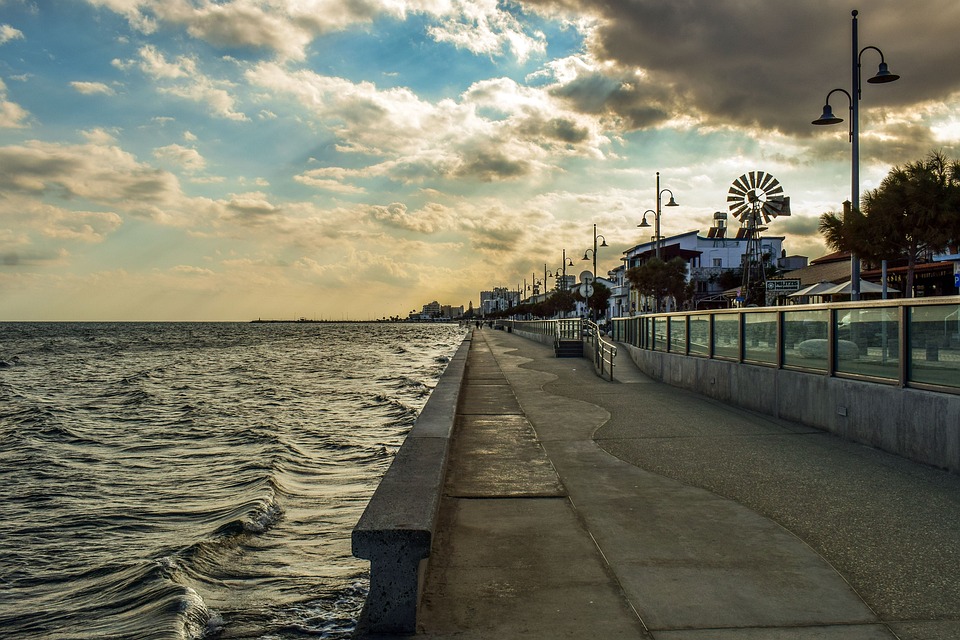 Unlikely given that Lebanon's deep economic and financial crisis has pushed more than half the population below the poverty line. That, in turn, has exacerbated competition between poor Lebanese and the large refugee population of Syrians and Palestinians over the limited humanitarian aid that's available.

Complicating matters even more is the shock people still feel from the double explosion at the port of Beirut in early August, which has rekindled political tensions.

Zeinab Al-Kaak knows misery. With her husband and children, she was on the same boat with Mohamad, a cousin. "We wanted to arrive in Cyprus, to apply for asylum. We heard that we could choose where to go [in Europe]," she says.

The woman's 20-month-old son died at sea before her eyes. Survivor accounts suggest that the traffickers took the provisions away. "I had powdered milk, but no water. My son was thirsty, hungry," the 30-year-old recalls. Zeinab wanted to keep the body of her dead child, Mohamad, close to her. Another boy from the same extended family also died during the crossing.

Today, the small boy lies in a cemetery in Tripoli, shaded by trees. Zeinab takes tranquilizers to help her cope. "I lost my beloved son," she says.

What's the point? There are no prospects in Lebanon.

The skin of her fingers remains damaged after eight days of "death, fear, hunger, crushing sun by day, cold by night." She lets her rage explode in the face of the feeling of abandonment by the political authorities. The schools are still closed due to coronavirus-related health measures, but she has decided that her three daughters, who survived, are done even trying to study.

"What's the point? There are no prospects in Lebanon," she says. Zeinab still wants to leave; the family, she says, has "nothing left."

Another would-be migrant who tried to leave but now finds himself back in Lebanon is Sami Abdallah Yassine, 44. It's a hot, steamy night, and he's staying with his sister in Jabal Mohsen, another poor suburb of Tripoli. He used to have his own place, but sold it before taking off for Cyprus.

What Yassine didn't count on is that he and the nephews he'd traveled with would be sent back to Lebanon. According to Human Rights Watch, authorities in Cyprus "pushed back, abandoned, expelled or returned" more than 200 migrants and refugees from Lebanon during the first week of September. And they did so "without giving them the opportunity to lodge asylum claims," the organization claims.

Until a year ago, Yassine hadn't even thought about leaving. "I had a good life," he says. But now he's already planning his next departure, this time to Turkey, by plane. "There's no end to the crisis. That's what makes it unbearable," he says. "The country is sinking into chaos."

PARIS — Last week's explosion at a port warehouse in Beirut, which killed at least 200 and ...

Beirut Blast: Mayhem In A Nation Already On Its Knees

Tuesday's deadly explosion couldn't have come at a worse time for Lebanon, which is also struggli...