The 18-year-old was doubled over in pain, but her parents thought it was just a case of exam-time nerves. She survived... and then some!

The two-day, standardized exam that Chilean high school students must take to gain entry into university is grueling enough to make anyone a bit sick to their stomach.

Antonia Schmohol, 18, was no exception, although in her case, the abdominal aches that began bothering her on the eve of the dreaded PTU, as the test is called, turned out to be more than just a case of nerves, the Chilean daily Las Ultimas Notícias reports.

Despite her discomfort, the teenager — who hails from Chiguayante, a small city about 500 km south of Santiago — soldiered through the long, first day of the exam. That night, the pain only worsened, but still, Schmohol's family kept insisting that she was probably just anxious.

Having barely slept, the bleary-eyed young woman returned to the testing center the next day, Jan. 9, doubled over in pain at times, nonetheless completed the final portion of the test, the mathematics section. 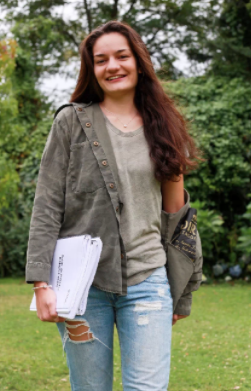 Relieved to finally have the PTU behind her, Schmohol felt sure, nevertheless, that she'd missed at least a few of the answers. She also knew at that point that something was seriously wrong in her stomach area, and soon after went to a nearby hospital, where she was diagnosed with appendicitis and operated on right away.

The determined young Chilena has since made a full recovery. But on Wednesday — just over a month after her gut-wrenching ordeal — the family tale became national news when Schmohol received a call from the Education Ministry: she was one of just 218 students nationwide to earn a perfect score on the PTU's math section. That's the kind of brains — and grit — that you can't teach in school.