U.S. President Donald Trump has announced that the United States will withdraw from the Paris climate agreement and seek a new deal. "The planet's enemy," a "coup against the future" — and even some barely printable expletives: Here's how international newspapers reacted to the news Friday. "Trump turns his back on the planet", El Comercio "Coup against the future", La Republica 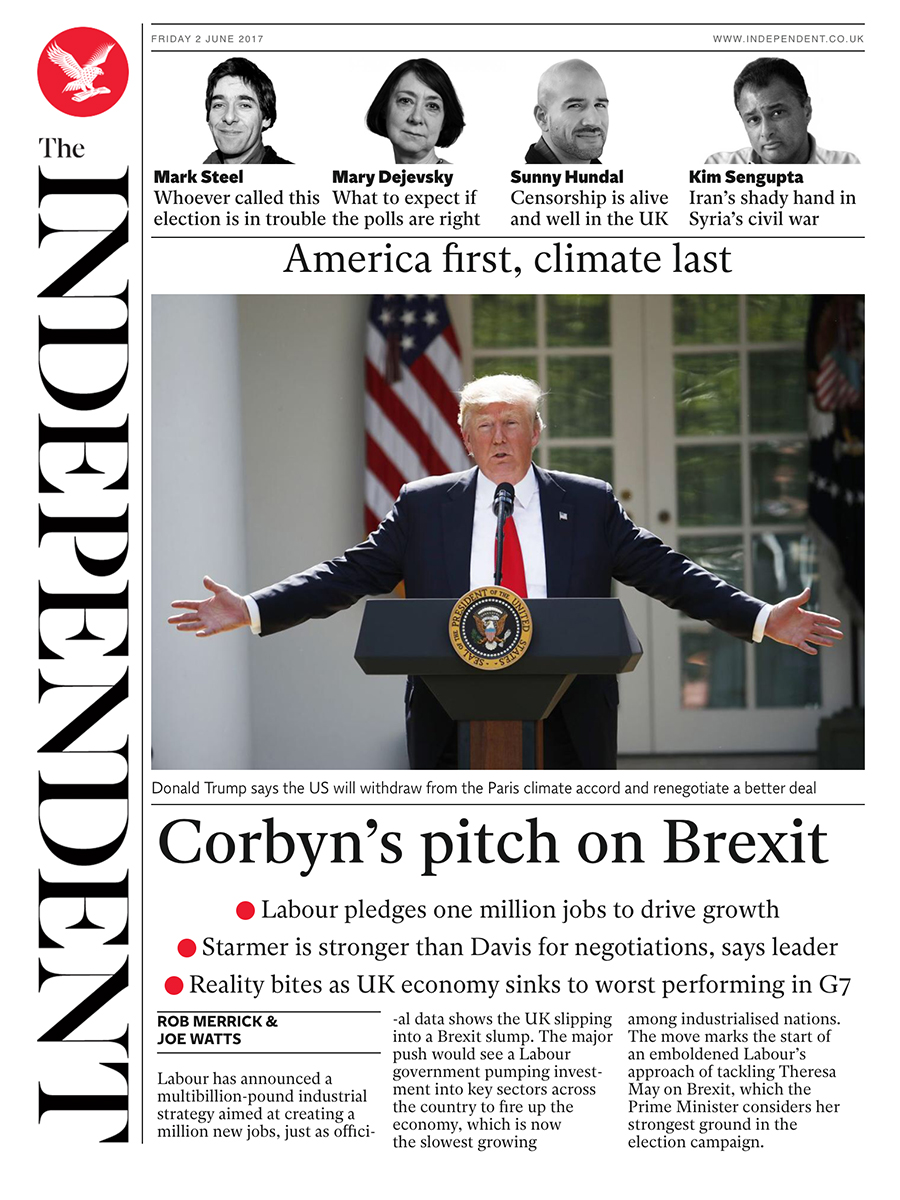 "America First, and the rest can choke", Het Nieuwsblad