Trump Ethics And Conflicts Of Interest: What Happens Now?

WASHINGTON — Donald Trump will face wide-ranging questions about his ethics and integrity from the moment he enters the White House in January.

The president-elect says he'll turn over his vast financial holdings to his kids. But many doubt a blind trust will insulate him completely, potentially exposing him to conflicts of interest or the appearance of such conflicts on a range of domestic and foreign issues as no president before. During the campaign, Trump branded his opponents with nicknames such as "Lyin Ted" and "Crooked Hillary." Yet more than Ted Cruz or Hillary Clinton, he lied and shrewdly assumed that the media, especially television, would never catch up with him as he moved to the next deception. That should be harder for a president.

The public will have reason to believe that Trump's "decisions are influenced by personal interests," says Stephen Gillers, an ethics expert and professor at New York University Law School. "The problem is exacerbated because of the number and diversity of his financial interests. It is not just a peanut farm. It is further compounded as the public doesn't know what all these interests are."

Gillers and Richard Painter, a University of Minnesota Law professor who was President George W. Bush's ethics counselor, note that conflict of interest laws that affect other Executive Branch employees and members of Congress don't apply to the president. But, Painter says, the Emoluments Clause of the Constitution prohibits payments by foreign governments and businesses controlled by foreign governments.

"It is a significant risk because it applies to the president," Painter says. His recommendation: President Trump should "unwind all business relationships with foreign governments and companies controlled by foreign governments, including the Bank of China." There is nothing to suggest Trump or his family will consider that step. 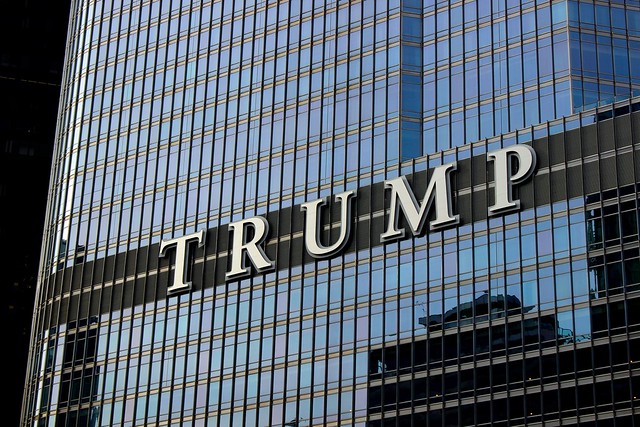 Ever the marketer and hustler, his presidential transition website, Politico reported, is promoting his "properties around the globe."

Even before taking office, he's embroiled in legal disputes. Later this month, he has to testify in a fraud trial involving Trump University. The New York attorney general is looking into controversial practices at the Trump Foundation.

Congressional oversight won't occur with Republicans in control of both chambers over the next two years. House investigative junkyard dogs such as Representative Jason Chaffetz of Utah and California's Darrell Issa will probably turn into lapdogs in the Trump era.

As a result, Trump critics now envision their own version of Judicial Watch, the right-wing legal group that has relentlessly, and often effectively, hounded mainly Democrats, especially the Clintons, since the 1990s. There are 20 actions against Hillary underway. The Democratic version may be led by David Brock, a right-winger turned left-winger who has a capacity for raising lots of money for such ventures.

Even though Trump has refused to provide evidence he is as wealthy as he claims to be, he owns or manages -- or is associated with -- extensive assets around the U.S. More than a few of these properties receive government subsidies and almost all are affected by federal tax laws.

In addition, it is known that he's indebted to banks in China and Germany and that he has financial interests from the Middle East to Asia. This, as Painter, the George W. Bush ethics adviser, says, could "result in hearings by Congress" if Democrats win back control of one house.

He could resolve some of these appearances by releasing his tax returns, though he refused to do so as a candidate.

Trump, more than any national politician in memory, has been elusive about facts. He shrewdly calculated that he could get away with evasions and sometimes outright lies on television, in particular, during the campaign because he boosted viewership. That may not be the case after Inauguration Day.

It seems unlikely that the 70-year old president-elect will change habits of a lifetime. My colleague Tim O'Brien, who wrote an excellent book on Trump in 2005, has written that he prides himself on being an "outlaw entrepreneur," and that Trump has advised others that "The motto of the outlaw is: 'Rules are meant to be broken.'"

PARIS — Grandioso, say the Italians. Kolossalt for the Swedes. The Berkeley student newspaper called it monumental, while a Buenos Aires daily was stamping it patrimonio de la ...

Slovenian-born writer Andrej Mrevlje tries once again to get a read on the fiercely reserved first lady, this time with the help of new book called The Art of Her Deal.