Electric Future, Taking On Tesla In The South African Bush

LETAMO GAME FARM — After the depressing outskirts of Johannesburg, with its paved-over shopping centers, garages and the smell of greasy chicken, the countryside isn't all that much better. At the local gas station, there are men in bush hats and shorts, all khaki and autumn-colored, looking like they're either going for a friendly day of hunting or organizing a guerrilla warfare. This is what the caged South African countryside looks like: the veld, a grassy, monotonous plateau where poor farm workers look beaten and white men in shorts are heavily armed.

In the middle of this world, there's the discreet Letamo game reserve, turned into a closed domain, with homes and fences, an enclave like the many others that have begun appearing in South Africa. Inside, animals — zebras, greater kudus, and jackals that make quite some noise in the evening — are drinking at the artificial watering holes. But if Letamo is protected by electrical wiring, and if guards keep watch 24 hours a day, it's not to prevent the ostriches from escaping.

The more troubling reality is that Letamo is protecting itself from the outside, to the point that it can sometimes feel like an autonomous republic. No one will admit it in front of a stranger, but here, there are only white people. The houses look identical, painted in the same light brown as the long, dry grass or the guard uniforms. Not a single black person is to be seen, apart from the guards at the imposing entrance.

In the garage of one of these houses, Anthony English is working on a little hobby of his that might make him rich: assembling electric batteries. The man clashes a bit with his surroundings. First, he's charming. And he seems possessed by mysterious and infectious enthusiasm for his devices, designed to store energy, either to move around — his electric Jeep is parked outside his house — or to supply the electric machines in his home. And there are solar panels to top it all off.

It's the world of tomorrow. In South Africa, some people have understood this, thanks to a mix of perspicacity and paranoia. Yet, when Anthony English assembled an electric car in his garage, his neighbors made fun of him. "Nobody believed in it at the time," he recalls.

That was in 2004. Since then, almost every single major car manufacturer has begun working on electric models. English drives around in his Jeep, packed with connected batteries stabilized by a system he himself invented. But he also has more recent creations: batteries for homes, called "Lite." That's his project, an almost crazy challenge to the South African-born, Silicon Valley-based billionaire Elon Musk.

Musk's Tesla company now includes the Gigafactory in Nevada, which is expected to soon flood the planet with a new kind of household battery. And Tesla is currently recruiting a team in South Africa. 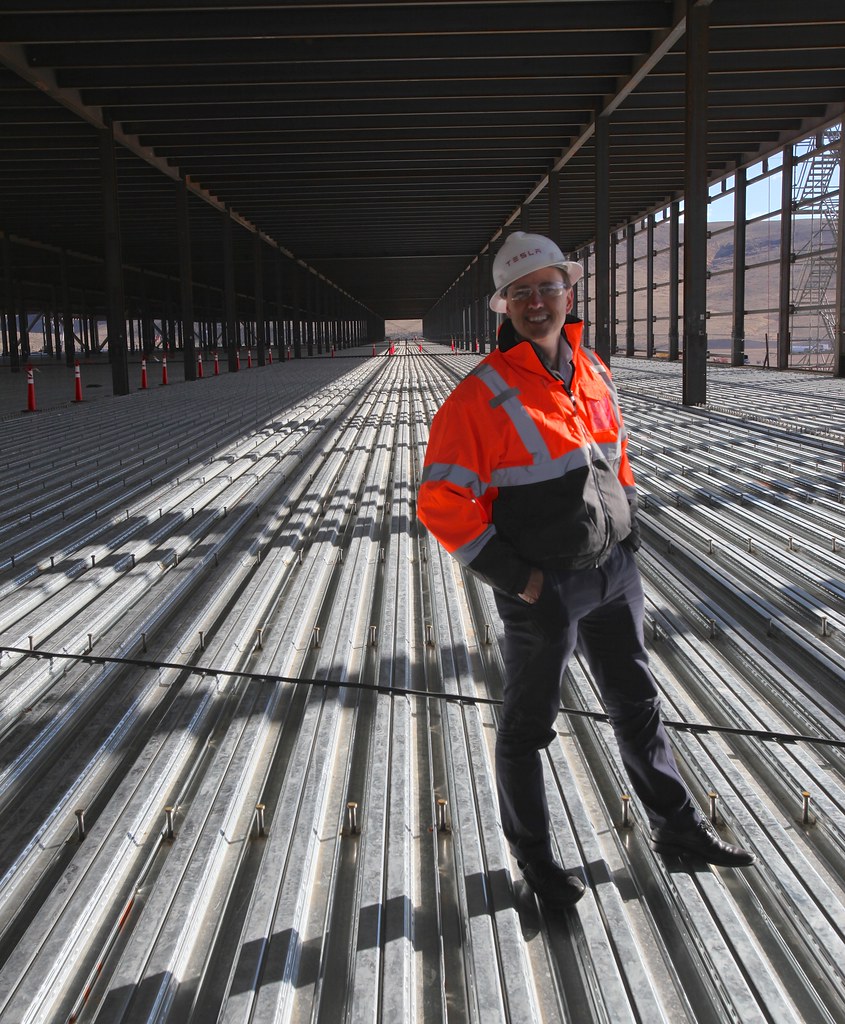 Why are these batteries so important? English grabs a calculator to answer the question. He has estimations on the price of electricity in South Africa: "It should triple in the next ten years. As for the price of batteries, it's going down, like the prices of solar panels have. At one point, the curves will cross each other," he explains.

English says it's already profitable to buy his Lite batteries and charge them up with solar energy, instead of paying electricity from Eskom, the national energy company. "In ten years, you'll earn money," he says. "And you'll be the master of your own energy."

The mining engineer has called his company Liberty Won. He's looking for a warehouse, the garage is no longer big enough, with cans of chemicals and batteries everywhere. Those from Tesla or Liberty Won belong to a category of lithium-ion. A whole family, really. Those Anthony English buys in China are made up of lithium-iron-phosphate (LiFe Po4), which could provide the "possibility of more â€˜cycles' (charge/discharge) than other forms of lithium-ion."

The entrepreneur says his Jeep counts about 4,000 cycles, and has already travelled 70,000 kilometers. But recently, there have been shortages of these LiFe Po4, because of pollution peaks in China.

The link? "At the moment, they're making electric buses all over China. They're making so many that we're having trouble getting enough batteries." Still, Liberty Won finds enough for its clients, setting up systems complete with solar panels and the regulator invented by English. It's not cheap: 313,300 rands ($17,500) to "say goodbye to Eskom and its problems, forever." It all sounds both expensive and grandiose. Like the future, all in all.

The killing of a white farmworker near Senekal is dividing people once again along racial lines, even if most victims of violent crime — and not just in urban areas — are black.

Like the entire story of his life, Nelson Mandela's release from Victor Verster Prison exactly 30 years ago helped define the 20th century. Having served 27 years for leading the opposition to ...