At Milan Train Station, One More Stop For Syrian Refugees

Italy is often a point of arrival in Europe for immigrants from troubled points east and south. But most will eventually wind up in northern destinations. What have they seen? What will they find?

MILAN — One-way train tickets to Vienna cost 430 euros for three adults and two kids, and that doesn't include agency fees. Shady Zyadan, the patriatch of his family, goes up to the counter to buy them, taking out a wad of banknotes from his pocket.

As he walks up to the ticket booth, he puts his hand to his mouth, maybe in pain — or is it shame? "In Libya they took out all my gold teeth. They did the same to my wife, those dogs. It was terrible, continuous torture. They kept us as prisoners in a house for 20 days, there were more than 30 of them. On May 7 they came to us with a Tommy gun, telling us we were getting on the boat, or we could die right there."

Getting onto the boat wasn’t easy for the Zyadan family. To tell you the truth, it wasn’t easy for them to even move 10 meters. The two youngest traveling with them, Shady’s grandsons aged 14 and 16, are paraplegic, and have never walked nor spoken.

The family has just visited the Arca center, a Milan program that helps those in need, where they were given plates of pasta and cans of Sprite. Now the whole family is waiting on the huge staircase in Milan’s Central Station. This is the last stop in Italy for these Syrian refugees fleeing the war.

"We left Homs eight months ago," Shady tells me. "There’s nothing left in Syria anymore, there’s nobody left there. If you ask me, soon enough Bashar al-Assad will come looking for asylum."

The family want to go to Vienna because they have an uncle there. It was he who sent over the money. They need to get going; their train leaves soon. There are two civil protection workers, Alessandro and Mauro, who lift the boys onto their shoulders. Their grandfather thanks the men, touching his heart, while their mother follows, clutching backpacks in each hand.

The family is finally getting closer to their final destination, after repeating the mantra so many have from the beginning of their journey: Do not stop in Italy, do not get identified there.

It’s like this for everyone. On those stairs, waiting for other trains, there are four families with young children, two pregnant women with their partners, a doctor, an artisan, a teacher and a shopkeeper. 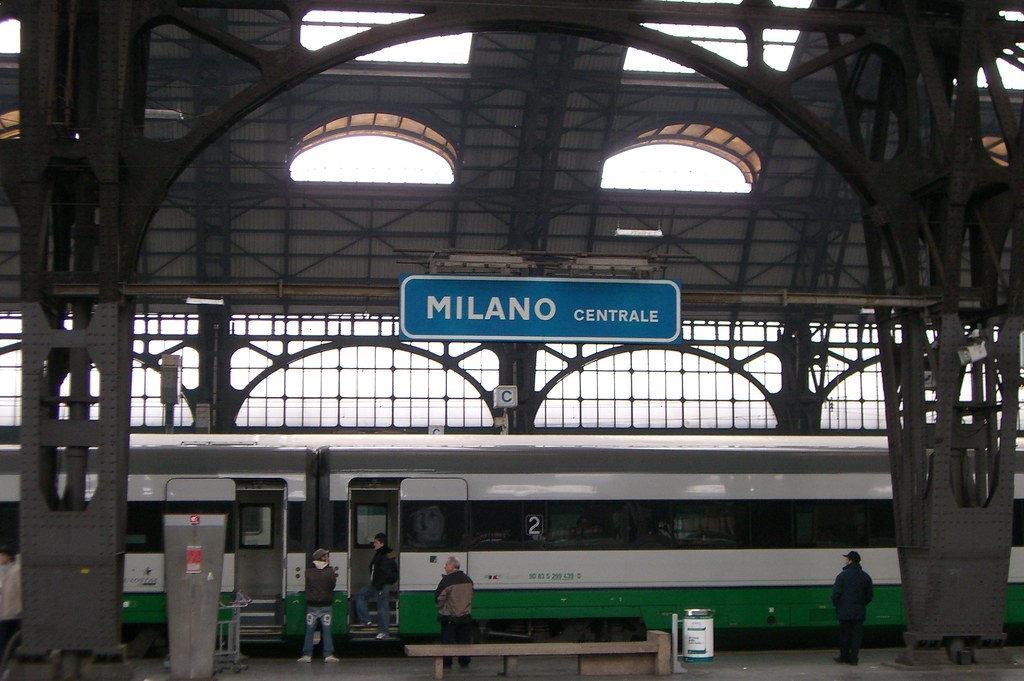 "It’s a new kind of migration," says Valentina Polizzi, from NGO Save the Children. "It’s not something we’ve seen before."

She, along with Majdi Karbai and Sara Sayed, two mediators, spend their days and nights here in the station giving support to those who need it. "People who speak English come here, they’re well educated and from higher social classes. The first thing they ask is where they can wash. They’re well informed and are always appreciative and respectful. I’ve never seen any violent incidents."

True stories bound to become legends float around the station, like those $9,000 lost at sea during a journey in August, or the magnificent gold jewelry lost on another one. One Syrian man says he paid 2,000 euros for his family to go to Germany, but they were abandoned at a highway stop near Lake Como: "The man who was driving us said he had a flat tire and made us get out, but then he took off at top speed." Now, they are waiting here for a train to Switzerland.

"Even in Egypt we were treated badly," says one refugee. "The price for us Syrians to get across to Europe has quadrupled."

When they get off the boats, many will wind up in the hands of other smugglers. You can see them here in Milan’s station, like vultures hovering around, waiting on their prey.

They offer the refugees a safe journey, complete with falsified documents. Those who promise they’ll get you a ticket to Ventimiglia — just 10 kilometers away from the French border — want a 50-euro commission. They don’t mind waiting: Every day more and more Syrian refugees arrive.

"These families have such strength and trust in the future despite everything being so uncertain," says Polizzi.

Khalid, who fractured his leg and had pins finally put in it yesterday, tells me about his journey: "My boat collided with another one, just outside of Alessandria’s port. I prayed. The sea was good."

The mediator Majdi overheard Hamal, a 5-year-old girl speaking to her father with a bit of tragic humor: "Now we’re in Italy, if you don’t feed me I’ll report you. I’m not saying every day, but at least every other day." They also lived in Homs. One day they went out to buy some bread and an explosive landed on their house, killing Hamal’s mother. It has taken them seven months to get to Milan.

Hamal is smiling now, eating a cheese sandwich and sitting on the ground in the train station. Tonight she and her father and the rest of the family will be leaving as well. She has gotten this far; with her whole life in front of her, who could stop Hamal now?

Locals can't tell whether it's a second or third wave ... or just a continuation of the first wave when Northern Italy was the West's first epicenter of the coronavirus.

Shortly before being appointed Undersecretary for Education, Rossano Sasso dashed off for Rome, amid around-the-clock negotiations in the capital to form Italy's new government. And Sasso made ...