No, no...not one of *those Yankees! But this lifelong American baseball fan (Milwaukee Brewers was his childhood team) is rediscovering the sport in his adopted home of France.

MONTPELLIER — Baseball made quite a splash this past weekend with the first ever MLB regular-season games on this side of the pond.

MLB's effort to tap into the potentially lucrative European market was also a homecoming of sorts for a sport that owes its origins to bat-and-ball games like cricket and rounders, which were first developed in England. But what most people don't know is that "America's Pastime" already has a presence in many parts of Europe, including Britain, Italy, the Netherlands and France, as I discovered in recent weeks.

Presence is a relative term, of course: The home of baguettes and Balzac certainly isn't wild about baseball. And yet, France does have a nearly century-old, semi-professional league with a dozen teams scattered around the country.

Several of clubs in the D1, as it's called, are in or around Paris, but there are also teams in places like La Rochelle, on the Atlantic coast; Metz, near the borders with Belgium, Germany and Luxembourg; and Montpellier, in the south, which is where my own sudden fascination with baseball à la française began.

The home of baguettes and Balzac certainly isn't wild about baseball.

Truth be told, I was never much of a player myself. My little league "career," in Berkeley, California in the mid 1980s, lasted just one season and began and ended with an ugly but somehow effective infield single. Amazed to actually be on base, I then made the ill-advised decision to emulate my baseball hero — Rickey "the Man of Steal" Henderson — and took off in a sprint for second. Seconds later I got thrown out and, consequently, sat bench for the remainder of the summer.

But like so many boys growing up in the United States, I loved playing catch with my dad and strikeout with my friends. I adored listening to MLB games on the radio and reading box-scores in the newspaper. During summer vacations my grandmother would always take me to at least one Brewers game in Milwaukee, Wisconsin, and back home, in the Bay Area, I'd go several times a year to the Oakland Coliseum to watch Henderson and the Athletics play. 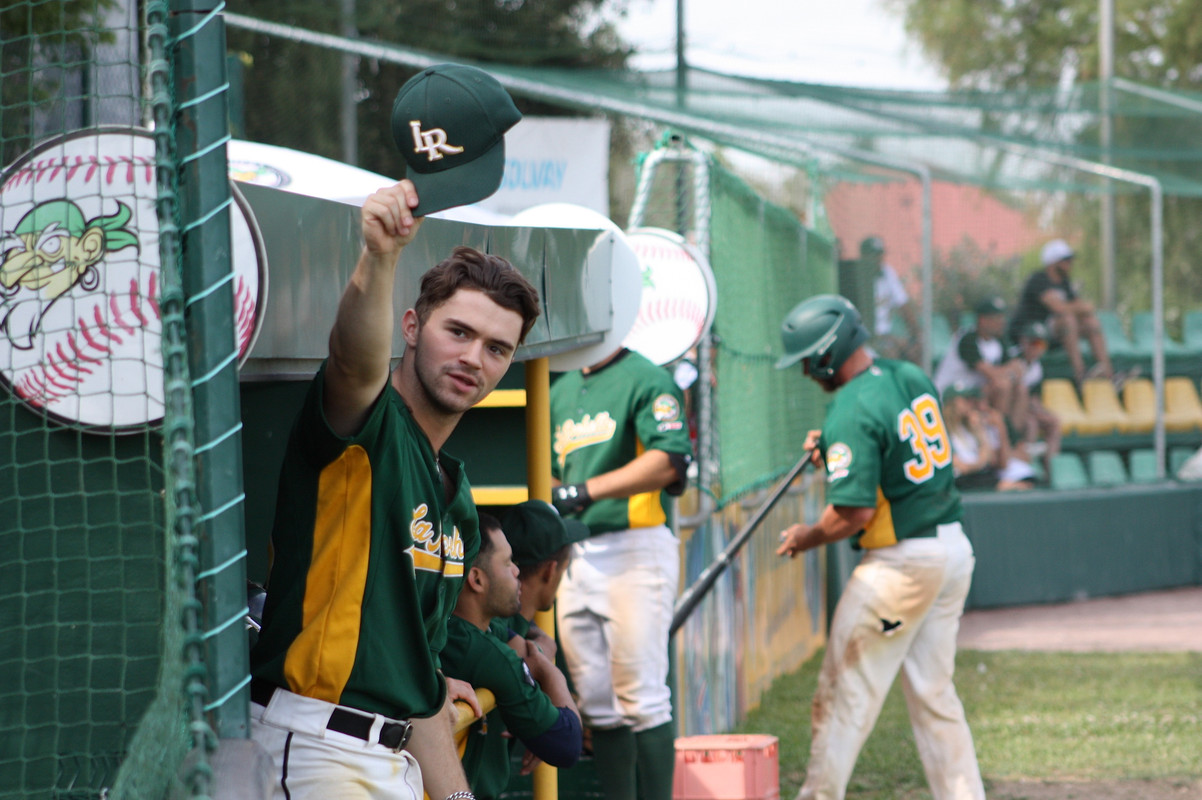 The dugout of the La Rochelle Boucaniers — Photo: Benjamin Witte

After nearly two decades spent living abroad, my interest in the sport has admittedly waned, although when spring rolls around I do still get a little pang of baseball nostalgia. Perhaps that's why a Facebook message posted a few months back by our local weekly paper, La Gazette, sparked my curiosity so much.

Montpellier, the notice explained, would be hosting a baseball tournament featuring France's "top eight teams," including the host club, the Barracudas. "Hmm," I thought, that'd be interesting to check out, but then ended up with more pressing things to do that weekend.

The following week, however, a student in the communications school where I teach mentioned in passing that she used to play baseball. "Baseball?" I asked, just to make sure I'd heard her correctly. In the United States, girls tend to play softball, rather than baseball, so my student's hardball background intrigued me. That very afternoon I did a "France + baseball" Google search and discovered something else that took me by surprise: Four years ago, a young French player named Melissa Mayeux became the first woman added to the MLB's international registration list.

A league of their own

From there I decided to learn what I could about the local Montpellier team, the Barracudas, and consequently sent an e-mail to the club secretary, a man named Olivier Brossier, who invited me to visit their field later that week.

An unseasonably cool spring was just turning the corner toward summer when I ventured out in search of Greg Hamilton Baseball Park, so named for a man who skippered the Barracudas back in the 1990s and now directs and coaches Canada's national teams.

Maybe it was the good weather, or all those childhood associations of heading out to the old ballpark once spring had sprung. Also, it had been a year since I'd last put on my reporter's cap, and so it felt good just to be in motion. Whatever the reason, talking to Brossier and later that day to a pair of young Venezuelan recruits — Larry Infante, a veteran shortstop, and Andrés Martínez, a third baseman and sometimes pitcher — was energizing. 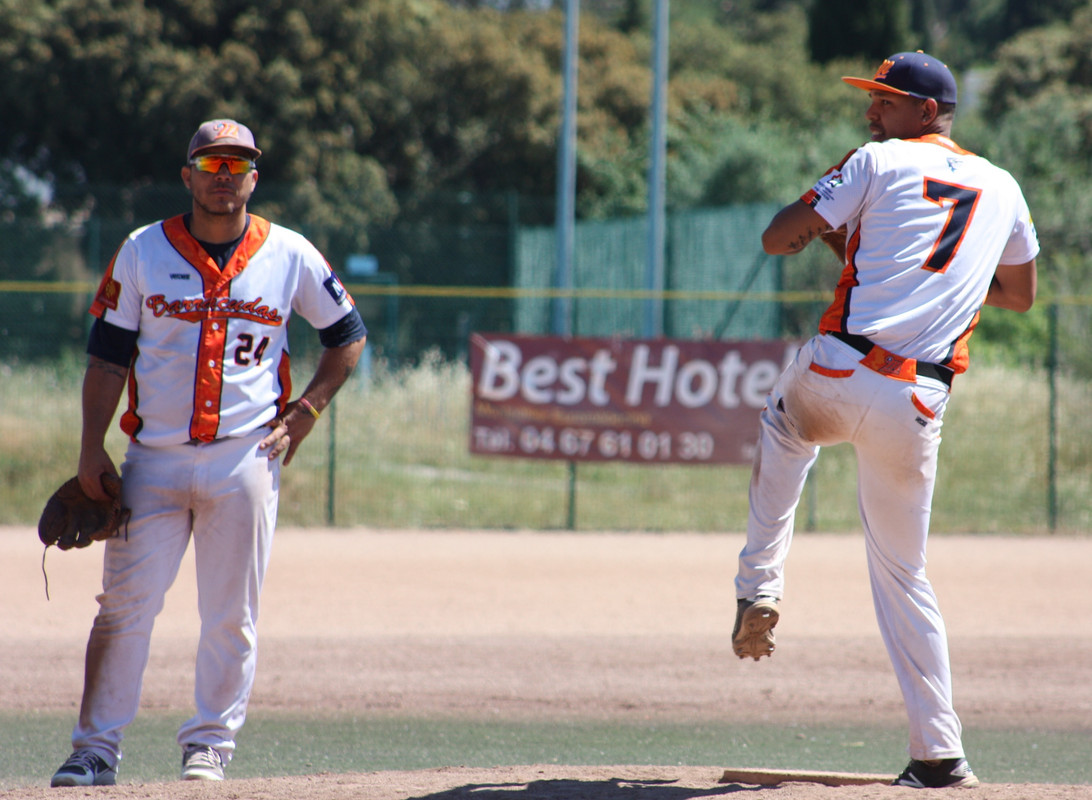 What I discovered is that most of the players in the D1 are French amateurs. Each team, however, is allowed a limited number of foreign recruits — players like Infante and Martínez — who come in with varying degrees of professional experience and are paid what is more of a stipend than a proper salary, but with housing provided by the club.

The Barracudas have a third foreign player, a pitcher who also happens to be Venezuelan. But other teams recruit from places like the United States, Canada and the Dominican Republic. Browsing through the various team rosters produces a few surprises too: The team from La Rochelle has a pitcher from Russia and another from Chile: Pablo Ossandon, who has a French wife and a baby on the way.

The other thing I learned is that there's no one single profile to describe the young men who decide, for various reasons, to bring their baseball talents to France. Infante is easily the best hitter on the Barracudas, with one of the league's top batting averages. But at 34 he's also at the end of a career that took him as high as Triple-A ball in the United States, one rung below the MLB. Martínez, in contrast, is still hoping for bigger and better opportunities in the future.

"I'm really young still, and I'm here giving it my all because you never know who could be out there watching, what opportunities might come along in the future," the 24-year-old told me.

What I didn't know at the time of that first visit to the Barracudas clubhouse was that I'd been bitten by some kind of baseball bug, the effects of which only grew stronger when I attended my first D1 game — the Barracudas versus the Arvernes of Clermont-Ferrand — about a week and a half later.

A couple of weeks after that I took advantage of a weekend away with my seven-year-old daughter to drag her to a game in Toulouse, where the hometown Tigers upset the visiting Rouen Huskies, winners of 13 of the past 14 league championships. The following weekend I ventured off again, this time all the way to La Rochelle, to catch the opening day of the D1 playoffs.

French baseball is entertaining but doesn't, of course, compare to last weekend's Yankees/Red Sox show in London. And needless to say, there aren't any celebrities at the games, let alone royalty. In fact, hardly anyone shows up at all, although the Sunday double-header I watched in La Rochelle did manage to draw about 100 people, a considerable crowd by D1 standards.

Still, there's something about the atmosphere — the sound of cracking bats and snapping gloves, the curious mix of French, English and Spanish, the harsh mid-day sun — that I find beguiling. "You don't have all the big stands, fancy things like that, it's just baseball," said Jesse Baker, a 26-year-old from Florida who now plays catcher for La Rochelle. "This is just baseball at its purest form."

In all honesty, though, what compels me even more about France's below-the-radar baseball league is meeting the players and hearing their stories.

There's something about the atmosphere that I find beguiling.

For Baker, baseball was a means to get a university education, and then took him across the United States, to places like Normal, Illinois and Tucson, Arizona. For Ossandon, the D1's only Chilean and a minor celebrity back home in the port city of Tocopilla, signing a contract to play in France was itself a dream come true. And for Infante, now in his second season in Montpellier, French baseball has been a way to stretch his playing days out just a wee bit longer, and bring in some much needed money to share with his family in Venezuela.

Strangely, I can't help relating to the players in certain ways — even if they're all infinitely better than me at baseball. Like Ossandon, I too married a French woman I met in Chile. And like all of the overseas recruits, I too am a stranger in a strange land, plying my trade in relative obscurity, but eager and thankful still to keep pursuing life's unexpected adventures.