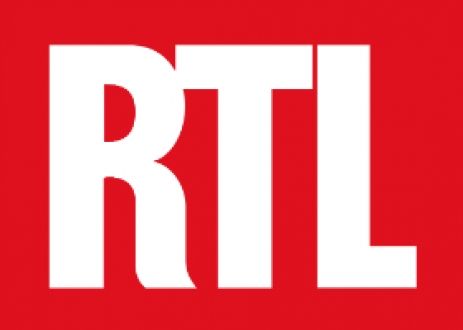 RTL
RTL (Radio TÃ©lÃ©vision Luxembourg) is a Paris-based French commercial radio network owned by the RTL Group. Founded in 1933 as Radio Luxembourg, the station's name was changed to RTL in 1966. Its website now offers a news service.
Weird
Bertrand Hauger

C / G / A flat / E flat … Any French traveler hearing these instantly-recognizable four notes would know to listen up and pay attention, as the official jingle for the country's SNCF railway company typically precedes announcements of trains leaving or arriving, platform changes, and all too often ... delays.

But back in 2013, when David Gilmour — the legendary singer and guitarist of Pink Floyd fame — heard the audio alert in the train station of the southern French city of Aix-en-Provence, he wanted to take it home. As local daily Ouest France recalls, the British songwriter promptly got his phone out to record the tune; later on, he tracked down the jingle's composer, French sound designer Michaël Boumendil, to discuss the sampling of the jingle in a future song.

At the time, Boumendil told French radio station RTL of his surprise at receiving a phone call from Gilmour, who introduced himself by saying, "I'm a guitarist, from the band Pink Floyd..."

Arrangements were made, a contract was signed: The Frenchman would be listed as co-author of the song and get a 12.5% cut of revenue generated. Meanwhile, the SNCF also gave its thumbs up — and in 2015 Gilmour released his fourth solo album, Rattle That Lock, whose title song incorporated the catchy SNCF riff.

But then, the story began to turn sour. Shortly before the song hit the airwaves, Boumendil gave several interviews, boasting about the prestigious collaboration. This, according to the musician"s team, was a breach of a confidentiality clause, as the song had not yet come out — so much so that they decided to exclude the sound designer from the promotion campaign of the album.

Things escalated quickly, Boumendil sued Gilmour on plagiarism grounds, a claim that was rejected by a Paris court in 2019. Boumnedil appealed, again to no avail — and the legal battle ran its full course last week, as French economics and business magazine Capital reports, with the Paris Court of Appeal condemning the Frenchman to pay 10,000 euros in legal fees. And since it's not all about the Money, Gilmour was also granted the right to keep using the four-note jingle.

A serious AI fail in Belgium for the supposed algorithm experts of Mountain View.

Guy, a 69-year-old Belgian, was simply trying to enjoy a YouTube video when Google threatened to lock him out of all of his affiliated accounts … because according to their software, he was under 15 years old.

Everything seemed fine as the senior, hailing from the Spa area in eastern Belgium, leisurely fell down a YouTube rabbit hole, watching video after video. As he went to click the next one, he received a strange notification from YouTube: "You are too young to have an unsupervised Google account." Google's software had become convinced that the 69-year-old was a tween, and therefore not permitted to watch the following video. The notification also warned the graybeard that if he did not prove he was at least 16 years old, he would be locked out of all of his accounts.

"Google threatened to paralyze my access under the pretext that I was underage," Guy told radio channel and news outlet RTL. "But I am a grandfather."

Guy originally thought that perhaps the notification was a scam, as the alert asked for a valid ID or credit card to prove his identity. He even contacted the Computer Crime Unit to be sure, only to be redirected back to Google. But the Belgian senior is not the only adult that Google's software has mistaken for a child — several blog sites and Reddit pages are filled with other older people complaining about being locked out of their accounts after being assumed to be underage.

Like television series and movies, YouTube videos are also rated for age-appropriateness, with some videos being fully restricted to underage audiences. In order to ensure that minors are not watching inappropriate videos, the algorithm uses machine learning to establish that the viewer is above 18 years old. The website even plans to introduce a new filter for teens and tweens that have outgrown "YouTube Kids'" but are still too young to explore the rest of the website unsupervised.

Google has only begun monitoring users' ages in the last few years, notably after several scandals forced the tech-giant to revisit how its algorithm verifies age and suggests videos. The company came under fire in 2017 for "Elsagate," where it was forced to delete numerous inappropriate videos that had slipped past their "YouTube Kids' filters. The tech giant's "recommendation" algorithm has also been implicated in allegations of "brainwashing" and "radicalizing," particularly after it was shown that several far-right YouTube channels had inspired the Christchurch Shooter.

But despite YouTube's renewed attempts to get age right, 69-year-old Guy was still left having to send Google his credit card information to prove that he was not actually under 15 years old. Now, the young-at-heart Belgian grandfather is finally old enough to surf YouTube.

For more than a year now, humans around the world have been masking up to limit the spread of COVID. Now, masks may be deployed among another species to combat a very different global ill: cow burps.

The agricultural multinational Cargill is inaugurating a new kind of face mask designed to absorb cows' gaseous emissions. The idea might sound odd, but as French radio station RTL reports, the blue masks could help cut down as much as half the world's farming gas emissions. Contrary to popular belief, it is indeed the belching part of a cow's digestive output that is responsible for most of its noxious methane (yes, bovine farts get more laughs, but cause less damage to the environment).

All in all, the methane produced by cows — whichever way — is said to be responsible for 14% of the greenhouse gas emissions in the world.

This led the British start-up Zelp to develop a muzzle-mask which relies on small ventilators, powered by solar batteries, able to absorb and filter the ruminants' burps. Fixed on the cows' nostrils, the masks allow them to keep grazing and drinking at leisure.

Starting this summer, farmers will be able to start renting the masks deployed by Cargill, at 65 euros a piece, reusable for a year, with at least part of the cost covered by environmental subsidies. And if you hear extra moo-ing while driving past the pastures, it may just be the anti-maskers among the herd...?

PARIS — Last week's explosion at a port warehouse in Beirut, which killed at least 200 and caused a minimum of $5 billion in damage, should serve as a sobering wake-up call for countries that have equally (or more) dangerous chemical reserves. Beyond the human toll and material consequences, the catastrophic event has also triggered political consequences, with Lebanon's prime minister and his government announcing their resignation amid widespread protests.

Lebanon, as some have pointed out, was a nation already on its knees. The blast and the ensuing investigation into potential negligence and corruption merely served as a catalyst in a society on the brink of collapse.

But it is indeed a very pragmatic matter that pushed the country over the edge, thus begging the question: How do we make sure that similar chemicals, stored for purposes like controlled explosions, fertilization and the oxidation of materials, don't spark similar mayhem? From India to France to Iran, countries are now re-examining safety risks associated with toxic or explosive compounds:

Politicians in the southern Indian city of Chennai are concerned about more than 740 tons of explosive chemical stored on a harbor. Dr. S. Ramadoss, founder of the Pattali Makkal Katchi party, tweeted that "there is a risk of a similar explosion due to ammonium nitrate in the Chennai warehouse."

France knows all too well the potential damage of ammonium nitrate: In September 2001 in the southwestern city of Toulouse, an explosion at the AZF (Azote de France) fertilizer factory left 31 dead and 2,442 injured.

Tehran city councilman Majid Farahani was recently quoted as saying that the country should fear a "worse calamity than Beirut," given the presence of "informal" fuel storage points in Iran's ports and special economic areas.

PARIS â€" Iran's President Hassan Rouhani has refused a dinner invitation at the French presidential palace with his counterpart François Hollande, because wine was on the menu, French broadcaster RTL reports.

A formal dinner was planned at the Elysée to mark the end of Rouhani's November 16-17 visit to Paris, as part of the first trip to Europe by an Iranian president in 10 years.

In accordance with Islamic dietary laws, Iranian officials request halal menus and bottles of alcohol be removed during official visits abroad. But the no-wine clause was too hard to swallow for French officials who refused to remove the bottles from the menu, insisting that wine is an important part of France's traditions, reports RTL.

Officials at the Elysée, the French presidential palace, tried to right the gastronomic faux-pas by organizing a booze-free breakfast between the two presidents â€" an offer that the Iranian delegation reportedly rejected as â€œtoo cheap.â€

Rouhani and Hollande are still set to meet to discuss Syria, the fight against terrorism and the Iranian nuclear deal. Could the gastronomic protocol standoff be resolved around a glass of non-alcoholic German-made halal sparkling wine? Not likely.