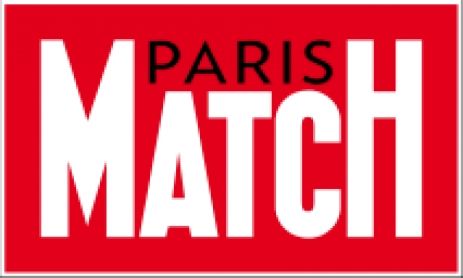 PARIS MATCH
Paris Match is a French language glossy weekly magazine. It was founded in 1949 and covers major national and international news along with celebrity lifestyle features.
Society
Bertrand Hauger

Since its founding in 1949, the iconic French weekly Paris Match has published countless photos of the rich and powerful — and every now and then, a paparazzi shot might cost them.

This time, instead, it was a homeless man demanding the magazine pay serious VIP money for running a photograph of him without his permission. Last week, a court in Nanterre, west of the French capital, ordered Paris Match to pay 40,000 euros to the man for publishing his picture, as part of an investigative article on crack cocaine addiction in Paris.

"Everyone, no matter their degree of celebrity, their wealth, their present or future occupation, has a right to privacy and enjoys exclusive right over their image which allows them to oppose its use … without prior authorization," the court wrote in its decision.

The photo, published without the man's consent in January 2018, showed the unnamed 48-year-old smoking crack cocaine on a metro platform in northern Paris. Unlike other people in the photograph, his face was not blurred out, the daily Le Parisien reports.

Alerted by friends who recognized him in the Paris Match article, the homeless man sued the magazine: In May 2019, the magazine was ordered to pay him 10,000 euros in damages, but failed to remove the photograph from its website and app, resulting in an additional 30,000-euro fine last week.

Le Parisien quoted the man as saying that he used some of the money to "help out friends' and that he now may be able "to get his wife and children back."

Coronavirus — Global Brief: Why We Never Talked About The Hong Kong Flu

The 1968 pandemic was the first spread by mass air travel on its way to a toll of 1 million dead. Yet somehow it has been largely ignored by history, even if its lessons raise many questions for the COVID-19 world.

SPOTLIGHT: WHY DON'T WE EVER TALK ABOUT THE HONG KONG FLU

The most cited historical comparison for COVID-19 dates back just over a century ago: the Spanish flu. The 1918 pandemic, which killed up to 50 million people worldwide, is mostly viewed today to as a testament to our improved ability to fight the spread of disease and limit loss of life. Yet there is a more recent, and strangely overlooked, example that may be much more worthy of our reflection, with points of comparison that say much about where we are today.

The Hong Kong flu emerged on the Asian island nation in July 1968, and within two weeks had already infected some 500,000 people. Fueled by what was then a recent boom in air traffic, the virus spread swiftly throughout Southeast Asia, and on to the United States through soldiers returning from Vietnam. By the spring of 1970 it had extended worldwide, and killed one million people.

Unlike both the current coronavirus spread and the Spanish flu, the Hong Kong flu didn't seem to attract the attention it deserved. Just a few examples we dug up: In Sweden, this front page of daily newspaper Epressen read "Stockholmers Have To Learn To Walk," referring to infrequent tram traffic due to hospitalized conductors; in France, reporters from weekly Paris Match weren't sent to visit the city's overcrowded hospitals, but a movie set where actress Marina Vlady was found laying in bed — "she doesn't have the Hong Kong flu," quipped the magazine, " she's just shooting a movie;" The Minnesota Star-Tribune recently noted that the only reference to the Hong Kong flu in the local press was an Associated Press report on Dec. 27, 1968: "Deaths attributed to the Hong Kong flu more than doubled across the nation in the third week of December. ... Official figures for the week showed roughly 500 more ‘pneumonia-influenced" deaths recorded in 122 cities." The story ran on page 24.

The global response to today's crisis couldn't stand in starker contrast, and the questions abound: How can we understand the nature of an elusive new virus? What must be done to mitigate its spread and lethality? What will it mean for the future? Indeed, the other great point of contrast with the Hong Kong flu, where no major quarantines were implemented, are the decisions being taken today in countries around the world to do everything possible to limit loss of life, including bringing the entire economy to a halt. That naturally leads to the very complicated question: How do we measure saving every human life against the longer term effects of a possible once-in-a-generation economic meltdown?

For now, it seems most of the world has agreed to prioritize the former at all cost. But as lockdowns are extended around the world and resources dwindle, we should expect that question to grow louder.

PARIS — It was a final gift from the American patron of beauty and pleasure: The sight of Hugh Hefner's silk-robed portrait, splashed across the top of the internet as Paris woke up this morning, was an odd kind of relief from the neverending stream of terrorism, natural disaster and nuclear threats.

The death at the age of 91 of the Playboy magazine founder will no doubt be hailed as the end of an era, both in the U.S. and abroad. Of course that era was over a long time ago. As a colleague noted this morning, there is no "Controversies' section on Hefner's Wikipedia page. For more than a decade, following the founding of his magazine in 1953, the man was a walking controversy, the male embodiment of the burgeoning sexual revolution. Post revolution, someone so openly dedicated to living his life in a bathrobe is hard to accuse of anything approaching controversy or hypocrisy — even if American feminists still decry his view of women as anything but progress.

Across the Atlantic, the question of nudity (which was central to Hefner's publishing success) has always been seen rather differently. The outrage at Facebook's famous "nipple ban" is just the latest example at how Europe scoffs at a uniquely American brand of prudishness.

A walking controversy, the male embodiment of the burgeoning sexual revolution.

Today, it turns out, is also the 83rd birthday of Brigitte Bardot. The famous French actress, who was on multiple Playboy covers in multiple countries, chartered a very different post-60s path than the immutable, Viagra-fueled party guy in Los Angeles. Once she put her clothes back on, she turned into a virulent animal-rights activist with far-right anti-Muslim views. Regardless of the many controversies on her biography, a statue in Bardot's honor is being unveiled today in the resort town of Saint-Tropez, Paris Match magazine reports.

That brings us back around to some of the pressing questions of the current era. That same French Riviera where Bardot famously disrobed in the 1960s has lately been making headlines over proposed bans on the so-called "burkini," which religious Muslim women wear to cover their bodies at the beach. Yes, a significant portion of liberated French society believes that a certain lack of female nudity is a form of provocation.

It's a reminder of what Hugh Hefner understood a long time ago: A woman's body is a beautiful vessel for talking about everything that divides us.

Gayet has guarded her privacy after her affair with the French President was revealed in January 2014 in a gossip magazine while Hollande was still living with another woman. Gayet and Hollande have still never appeared together in public.

"Julie Gayet will play her part. Free and committed to the president," reads Thursday's cover of French weekly Paris Match. The magazine, which features a major photo spread of the 44-year-old actress-producer, quotes her confidantes confirming that she wants to take on an "official" role alongside Hollande.

Gayet also gave an interview to the weekly magazine insert of Le Parisien daily. The media availability was ostensibly to promote Gayet's new campaign against sexism. But French political observers note the choice to speak to the press may indicate that she is set to take on the "first lady" role for Hollande, who is suffering dismal approval ratings ahead of his expected campaign for reelection early next year.

The Hollande-Gayet affair was revealed by Closer magazine, which published a photo of the black-helmeted president arriving for a tryst with his mistress on a scooter. At the time, he was still living with his longtime partner, French journalist Valérie Trierweiler.

Hollande has four children with former presidential candidate and current Minister for the Environment Ségolène Royal.

PARIS â€" A report says the use of an anti-mosquito pesticide in drinking water could be the cause of the mass outbreak of microcephaly cases in newborns Latin America, and not the Zika virus, as the Brazilian government and the World Health Organization (WHO) have been saying.

French weekly magazine Paris Match cites a report published earlier this month by a team of Argentinean and Brazilian doctors that suggests the malformations appeared at the same time the Brazilian health ministry started using pyroproxyfen, a chemical poison applied to drinking water in the states that have since been hit hardest by microcephaly.

The pesticide is a growth inhibitor of mosquito larvae that generates malformations in developing mosquitoes and causes their death or incapacity. Recommended by the WHO to protect from dengue fever, it is manufactured by Sumimoto Chemical, a Japanese subsidiary of Monsanto. Mosquitoes contaminated by pyroproxyfene spread the poison themselves to other mosquitoes.

With 1.5 million people infected in just a few months, Brazil declared in November that the mosquito-transmitted Zika virus was to blame. But according to the team of researchers, led by Dr. Medardo Avila Vazquez, a neonatal specialist who has previously denounced the affects of chemical products: â€œmalformations detected in thousands of children from pregnant women living in areas where the Brazilian state added pyroproxyfen to drinking water is not a coincidence.â€ The report also notes previous Zika outbreaks did not cause malformations in newborns.

The team instead accuses the governmentâ€™s chemical control strategy of contaminating the environment and the people, as well as failing to fight dengue fever and decrease the mosquito population. â€œThis strategy is in fact a commercial maneuver from the chemical poisons industry, deeply integrated into Latin American ministries of health as well as WHO and PAHO Pan American Health Organization,â€ the report says.

In an exclusive interview with glossy French magazine Paris Match conducted at his modest apartment in the Vatican, Pope Francis bemoaned greed and the "idolatry of money" that's driving the world to ruin.

The magazine, whose covers more commonly feature celebrities and royals, was invited to the Casa Santa Marta, a building adjacent to St. Peter's Basilica that the Argentinian pontiff made both his home upon his election in 2013.

In addition to warning about the dangers of capitalism, the pope tackled several other key issues during the interview, such as the environment and war. "Let's not forget the hypocrisy of world powers who talk about peace but sell arms under the table," he said.