The war on drugs continues to feed the flames of violence in Colombia, even in this so-called "post-conflict" period.

BOGOTÁ — I was surprised, speaking some weeks ago with a police chief in the coca-growing region of Nariño, in southern Colombia. We were standing outside a roadside house daubed with the big black letters A.U.C., the initials of a notorious, disbanded, paramilitary force, the specter of which seems to persists like a nightmare.

But it wasn't the graffiti that caught my attention. In this new phase of war in Colombia, which optimists insist on calling post-conflict, with its splintered criminal gangs and dissolved authority, I am not surprised to see nostalgia for some old symbols of power. Some in that region are even calling themselves Black Eagles (Águilas Negras) — another disbanded militia that might, if criminals cared for intellectual property, take these people to court, or to task, for copyright violation or undue appropriation of its dismal brand.

No, I was surprised by the police major's response when, talking about the spiral of local violence, I asked what would happen if cocaine were legalized. "Well that would solve the problem," he said.

When the people we put on the frontline of the war on drugs see legalization as the solution, we need to seriously consider the moral consequences of continuing with this impossible conflict. Within the intuitive, debatable scale of sins, combating the production of drugs may well be more immoral than not doing it. The state, in forbidding the processing and sale of cocaine and the entire chain — from cultivation to exportation — is fomenting criminality. It is not the mafia's enemy but its accomplice.

I am convinced posterity will judge the war on drugs as one of the great stains of the 20th century, and deem Colombia to have been its great victim. We've been abducted by a war that isn't even own, but rather that of the consumer countries. And we're being extorted by firms and politicians who profit from the war on drugs. The only winners are the producers of arms and herbicides, of helicopters and supplies, the money launderers and prison administrators. There is an entire industry around fighting drug trafficking that makes the trafficking seem pedestrian in comparison, in its size and stakes. Therein lies the essential immorality of fighting the production, sale and consumption of cocaine. 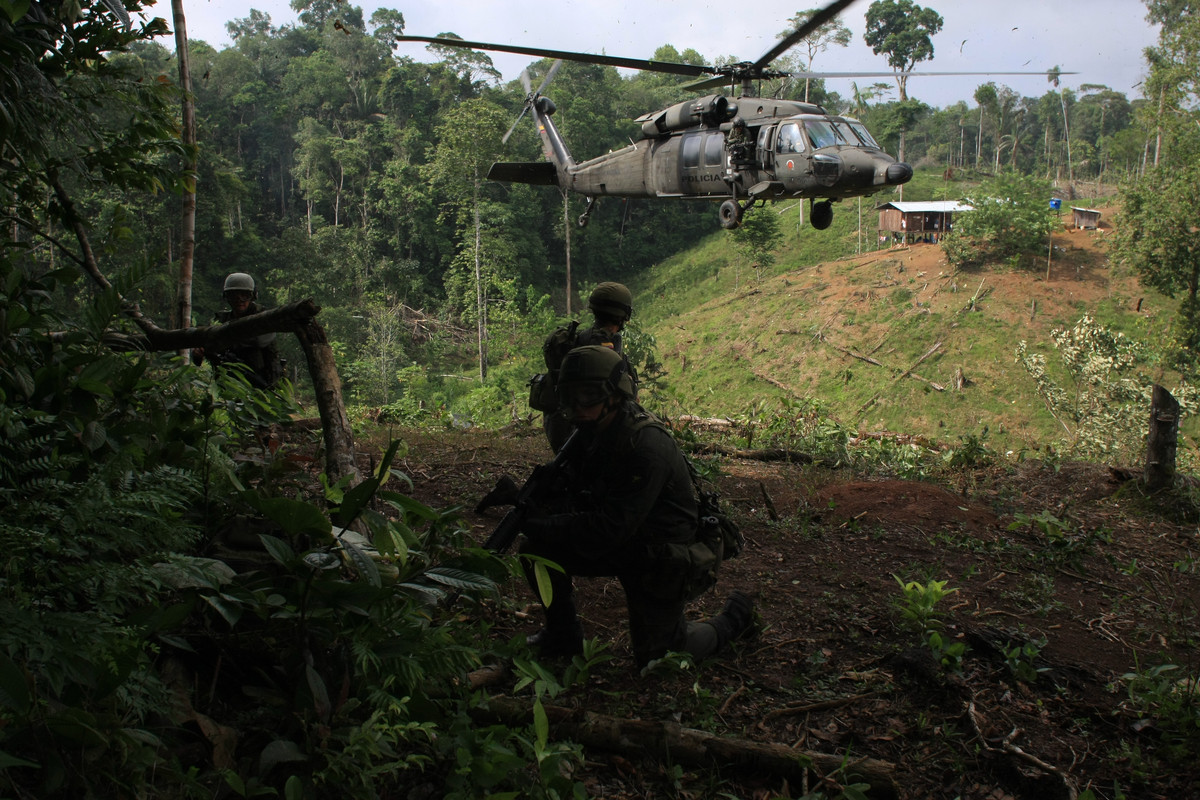 I realize it is somewhat deceptive to dub the fight against drug trafficking immoral as, strictly speaking, it is the trafficking that is illegal. But the trafficking emerged from the decision to outlaw the products now sold by gangs and the mafia. Cocaine should be, like coffee, an export product. Indeed its effects are very similar and in the 19th century, it was used in medicine.

Let us not fall into the false debate on legalizing certain psychoactive substances, but only for medical use. It would not solve the problem. What we must do as a society is accept its recreational use. If it is legal to consume cocaine on the street, how can its production and sale be illegal? Where do they think it came from?

What we must do as a society is accept its recreational use.

Almost nobody I have spoken to, from law enforcement officers to departmental governors and members of the public, disagrees with legalizing the production and sale of cocaine as the best solution for Colombia. The fear is that the United States will take punitive reprisals and its sanctions will send us into a Venezuelan-style abyss. But perhaps this is just the time to legalize cocaine, while Venezuela is in crisis. The United States surely wouldn't want to demolish our economy with Venezuela's in ruin. The region would break down, although with Donald Trump, who really knows ... He might be happy to send Colombia reeling, just to give it a slap in the face.

It might be more prudent to wait for the next administration, and forge alliances with European countries and multilateral institutions to enact legalization in a more secure framework. Maybe we could even enter into alliance with producer countries for a collective legalization, and see then if Uncle Sam would really dare try to punish us all. The problem, though, is that few of those countries really even care about the problem, as those in power do not suffer but rather benefit from it. We producers are all in the Third World where we shall remain, bleeding under prohibition's jackboot.

The pandemic, and especially the fears whipped up by states and the media, may be pushing society...

Colombia is a prime example of how overspending and indebtedness leave little room for error, and...