Letter From A Turkish Prison, When A Journalist Writes About Erdogan

Just days after Cumhuriyet editor-in-chief Can Dündar accepted the 2015 Press Freedom Prize in France, he was arrested along with a colleague. He wrote this letter from the Istanbul jail where he faces life in prison for publishing articles about

SILIVRI PRISON — This is a cry for free speech rising out of a prison at the eastern edge of the European continent.

A cry for help from a media hell, bottled and dropped into the sea. A hand of solidarity from a journalist arrested for his work, reaching out to his colleagues around the world.

On Nov. 17 in Strasbourg, France, Reporters Without Borders awarded Cumhuriyet its 2015 Press Freedom Prize. At the award ceremony I said, "My office has two windows. One looks out on a cemetery. The other on to the courthouse."

These are the two places that journalists in Turkey visit most. Shortly thereafter, a third window opened in my life: a barred prison window ...

This, in fact, was expected. When I published the images that prove that the trucks belonging to Turkish intelligence had in fact carried weapons to Syria, President Recep Tayyip Erdoğan did not deny this dirty trade. "This is a state secret. Whoever wrote this story will pay a heavy price," he threatened. He was already angry at Cumhuriyet for publishing the Charlie Hebdo covers following the attack.

Friends in France, who know Erdoğan's vindictiveness well, implored me to not return to my country. France would take me under her wing. I did not accept that bona fide proposal. All I did was journalism, why would I run like a criminal?

On the other hand, I knew well that Erdoğan's intolerance of criticism had turned Turkey into a hell for those who simply practiced journalism. I had worked as a journalist during the military coup. The soldiers used to shy away from so boldly demonstrating their hatred of press and lust for censorship. 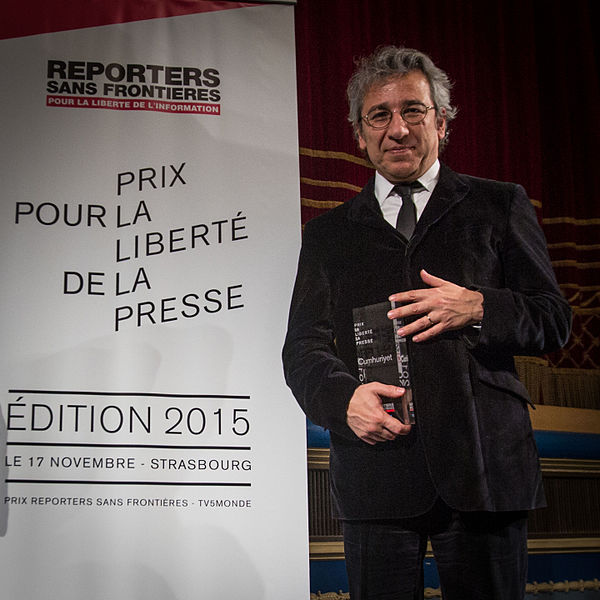 Erdoğan was reckless enough to say that "Books are more dangerous than bombs" on live broadcast. He hated the free press and social media which he couldn't control. Exploding with anger at a rally, "Twitter, schmitter! We will eradicate them all," he threatened.

Because of his censorship, Turkey ranks amongst the countries that have the most severe limits on the Internet. Some 52,000 websites are banned. Turkey's ranking has fallen to 149 on the Reporters Without Borders annual report on media freedom. Having arrested 32 journalists, Turkey is second only to China (49 journalists) on the list of the world's worst jailor of journalists.

During his 13-year-long single party rule, Erdoğan has managed to wipe away all of his press opponents and create a media directly loyal to himself through an unprecedented siege in media history.

How he could do that in an EU candidate country with a "democratic" appearance is quite an achievement. He ran two processes simultaneously: While he put heavy pressure on the mainstream media whose reports could be to his disadvantage, he also turned his supporters in the business world into media owners.

He called on his followers "not to buy" the newspapers he disliked. He pushed for the dismissal of the authors he disapproved of. The disobedient Hürriyet newspaper was raided and intimidated by the youth organization of the ruling party. A disobedient columnist was beaten by party bullies. The attackers were released by the judiciary — which is also under Erdoğan's control — and they were promoted within the party. 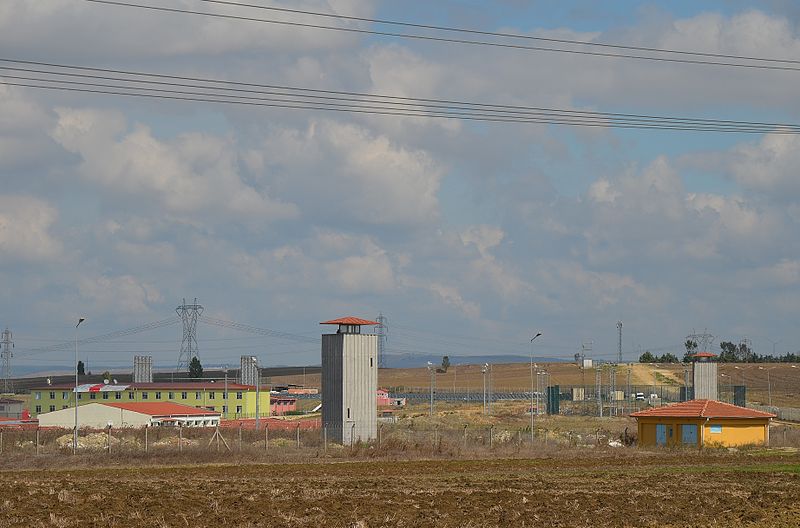 Silivri prison, where Can Dündar is held — Photo: CeeGee

The Kurdish media was especially subjected to this arrest-and-crush method. Only through foreign news channels could the people of Turkey follow the dirty war in the southeast and the huge revolt that exploded three years ago in Istanbul.

Still unsatisfied, Erdoğan punished the Doğan Media Group, which failed to surrender, with an unprecedented tax penalty (1.74 billion euros) and forced them to sell their newspapers and TV channels.

Pro-government businessmen were pushed to buy the newspapers and TV channels which were put up for sale. Phone tapping for a corruption investigation, the police recorded the complaints of the businessmen who were forced personally by Erdoğan to pay $100.000 for this media operation. However, the recordings also revealed that the businessmen were promised the tender for the third airport for their "sacrifice."

In one recording, the newspaper owner asks Erdoğan, "Did I upset you, boss?" following an unpleasant news story. When he gets a tongue-lashing, he cries and asks "Why on Earth did I take this job?"

What do you think happened when the tappings went online? The police officers and the investigators who ran the investigation were immediately arrested. The journalists who reported them, such as myself, were prosecuted. Thus Erdoğan slammed shut the large alleged corruption case that involved him and his family.

This gave him control over a significant part of the Turkish media and made him a bigger media mogul than Berlusconi ever was. While he watched TV and came across a commentator he disliked, he called the channel manager to cut the broadcast.

If there was a report critical of the government's activities, he got the author dismissed. The unfortunate thing is, all these instructions were recorded by a religious congregation and served through the Internet, when their partnership broke down.

Well, no one seems to care.

Thanks to an intensive propaganda attack, masses deprived of their "right to know" gave Erdoğan a vote of nearly 50%. This result allowed Erdoğan to clear away the last remnants of free critical media. The European Union chose to turn a blind eye to Erdoğan's oppressive policies in return for Turkey hosting the Syrian refugees, thus avoiding them being sent to Europe.

From where I am, held in severe isolation in an Istanbul prison, to be sentenced to two life terms for a true news story, I can see beyond the window bars where Europe ends. It is quite a dark place.

*Can Dündar is the editor-in-chief of the Turkish opposition daily Cumhuriyet. He has been confined to Istanbul's Silivri Prison since Nov. 26, along with the newspaper's Ankara bureau chief Erdem Gül. Dündar and Gül have been charged with espionage and disclosure of state secrets. Just a week before their arrest, on Nov. 17, Cumhuriyet had been awarded the Reporters Without Borders-TV5 Monde Press Freedom Prize.