Jacques Chirac: A Mirror Of France's Many Faces

Throughout an exceptionally long political career, Jacques Chirac, who died Thursday at 86, personified the paradoxes of a country passing from one century to another.

PARIS — With the death of Jacques Chirac, an entire era is now gone. A part of French history has vanished: the France of World War II, and the post-War period embodied in the political legacy of Charles de Gaulle to decolonization and the economic growth of the "Trente Glorieuses" period (1945-1975), from political shifts and coalitions to mass unemployment and globalization, to the European adventure and its subsequent quagmire. We bid adieu to a France that was a political paradise before its descent into purgatory.

Chirac, who died Thursday at the age of 86, was a faithful mirror of this enthusiastic and tormented France, both ambitious and anxious. A man often lauded and sometimes even worshipped, he followed striking failures with improbable resurrections, changing his mask to fit the circumstances a thousand times over. Yet, throughout his entire quest for power, he always held an unwavering confidence in his destiny.

What an adventure. What a ride.

Which Chirac will we remember? There were so many! The abrasive conservative "bulldozer" of 1967 who, spurred by his mentor President Georges Pompidou, would win a National Assembly seat in the left's stronghold region of Corrèze — and go on to be reelected eight times; the audacious young man who broke away from the barons of Gaullism by supporting President Valéry Giscard d'Estaing, earning him the role of prime minister; the mayor of Paris, where he reigned for 18 years; the 1981 presidential candidate who defeated Giscard and seized leadership of the right for a quarter-century; the 1986 prime minister working with President François Mitterrand, who mercilessly beat Chirac in the presidential elections two years later; or finally, on his third attempt, the man who was elected president of the French Republic in 1995.

Then there was the reelection campaign in 2002, when he trounced far-right candidate, Jean-Marie Le Pen, with more than 80% of votes. Nobody around the world can forget the Chirac who famously said "no" to the American war in Iraq — and did it with class — but then pitifully lost the French referendum on the new European Constitution. And of course, in an anticlimactic epilogue, we remember the former president's sentence of two (suspended) years in prison for diverting public funds while serving as mayor of Paris. 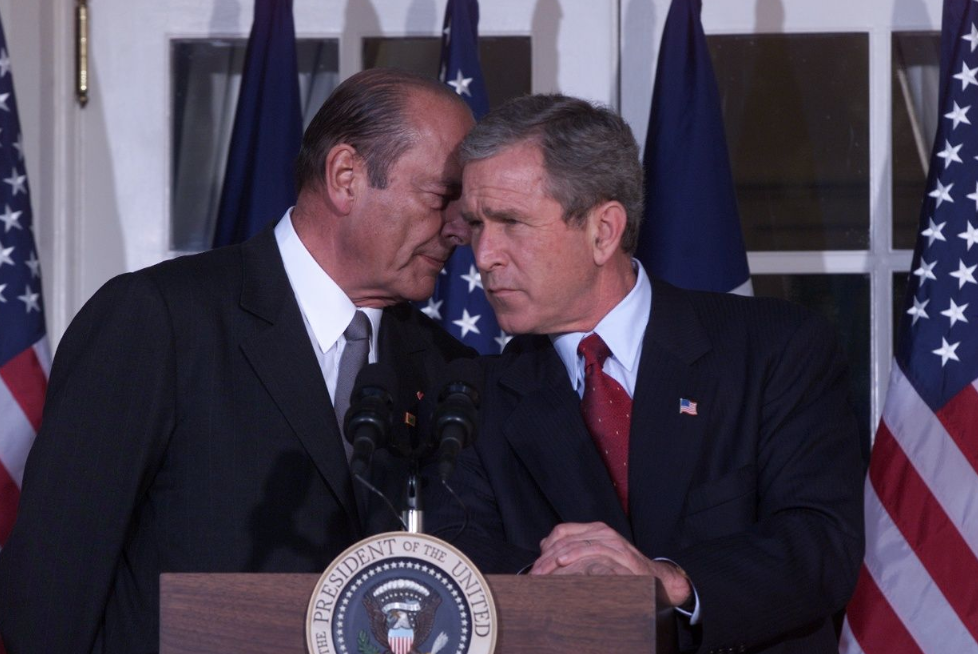 Chirac and George W. Bush in Washington in 2001 — Photo: PHOTOGNOSOURCE/TNS/ZUMA

What an adventure. What a ride. But beyond the purely political journey, Jacques Chirac would not have remained the leader of the French right for so long, or won two presidential elections, without his undeniable charisma, his mastery of the art of political war, an unparalleled energy, as well as an intimate knowledge of France and deep understanding of the French people. He brought a rare openness to the table in everything from his dealings with Asian countries to changes in Africa, from environmental challenges to international arts and culture (to which he devoted an entire museum that remains unparalleled to this day). A singular champion of France and citizen of the world, he approached every affair with the same appetite, the same curiosity, from Corrèze to Congo.

He brought a rare openness to the table.

Some also remember moments when he was ahead of his time: sounding the alarm against climate change at the 2002 Earth Summit, and creating a professional army, ending long-established national service. Still, Chirac was undoubtedly not enough of a visionary or true architect of the future. And he certainly didn't sufficiently prepare France's economy or industry for the challenges of globalization at the beginning of the new century. In this respect, he hardly competes with the work of his predecessors. But his longevity, his tenacity and his personality made Jacques Chirac the man to accompany France from one century to the next. His destiny is the reflection of an era that has passed.