It's Time For Europe And The U.S. To Bury The GAFA Hatchet

Economist Bruno Alomar pleads for an appeasement of tensions on both sides of the Atlantic regarding the Internet and tech giants.

PARIS — "We have owned the Internet. Our companies have created it, expanded it, perfected it in ways that [Europeans] can't compete. And oftentimes what is portrayed [by Europeans] as high-minded positions on issues sometimes is just designed to carve out some of their commercial interests." It was not Donald Trump who uttered these words, but Barack Obama, in an interview with technology website Re/Code in February 2015. And indeed, for several years now, U.S. authorities have been annoyed by what they consider to be repeated attacks on Washington's digital interests.

It is true that the French approach, and the European approach at large, is a rather constant and aggressive one. The latest development is of course the recent adoption by France, in the absence of a European consensus, of a tax intended to hit the giants of the American Internet — taking care not to affect French start-ups. The European Union has followed the same logic in recent years. It has used all the weapons of competition law against GAFA, from accusing them of abuse of a dominant position (see Microsoft and Google cases) to illegal state aids (Apple and Amazon). It has also built up an arsenal of privacy protection measures, including the General Data Protection Regulation (GDPR), which is primarily concerned with Facebook.

Washington never misses an opportunity to threaten the EU.

In such a context, are Europeans and Americans bound to be increasingly at odds, as digital technology deepens the rift between the two sides of the Atlantic? That would be a profound mistake — for several reasons.

First of all, Europeans and Americans have already enough bones to pick with each other. That is obviously the case at the economic level, through trade woes. While it's negotiating with China, Washington never misses an opportunity to dispense threats to the German automotive sector or to the French agricultural sector. At the military and geostrategic level, too, with Donald Trump following on Obama's aggravation with NATO's "free riders," by putting strong pressure on Europeans to spend more on their defense — preferably by buying equipment made in the U.S. And finally tensions also abound on the environmental front, with Washington's brutal withdrawal from the Paris Agreement. 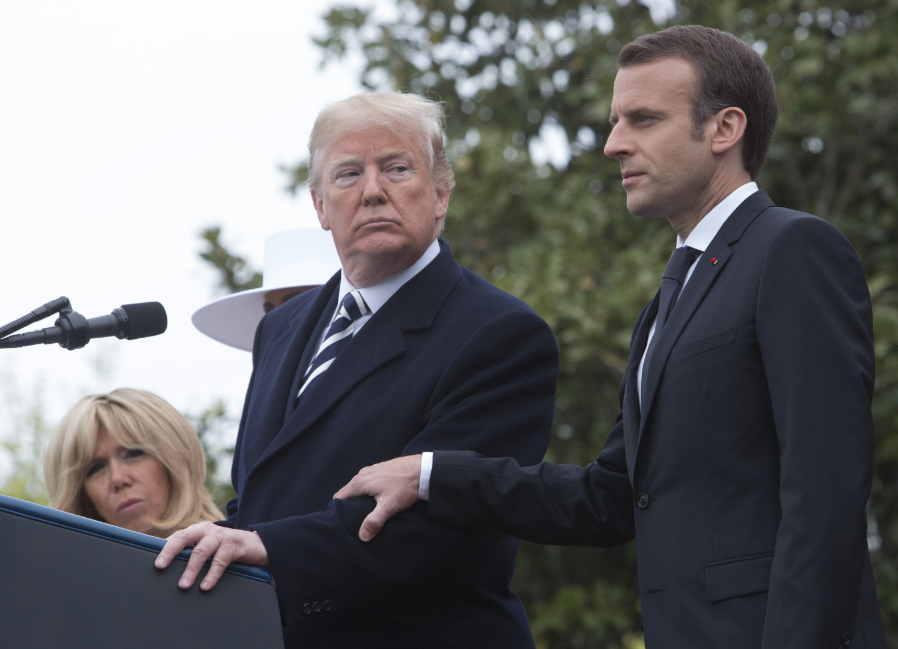 In the face of their divides, Europeans and Americans tend to forget that developping digital technology will make them face the very same challenges. A privacy challenge first, which both sides are busy trying to solve. Another of these challenges is competition law, an area in which the U.S. administration seems to have been toughening its stance in recent weeks, as the EU did.

In this field, beyond the simplistic solutions of believing that the heavier the sanctions, the more effective and fair they are, competition authorities both in Brussels and across the pond will have to cooperate. The goal: to try and strike the right balance between protecting competition on the one hand, and on the other hand recognizing GAFA's exceptional capacity of innovating for the benefit of consumers and businesses.

How can we fail to see the essential contributions of the GAFA to EU companies and consumers?

Finally, let's remember that in digital matters, Americans and Europeans also have common interests. In a world marked by the rise of China and its digital giants, it is worth mentioning that Beijing knows how to defend its turf. And that the Chinese authorities' idea of respect of privacy and individual freedoms is at odds with the concerns shared by Americans and Europeans.

Can we imagine the collateral damage that would arise if a large part of the European market and its half billion people were to close? How can we fail to see the essential contributions of the GAFA to European companies and consumers?

All in all, the digital question puts the spotlight on the very nature of the relationship between the U.S. and Europe. Europeans and Americans should not be afraid to be in competition. They have a lot to lose by thinking of each other as rivals, or worse, enemies.

*Bruno Alomar is an economist and author of "Reform or Oblivion: Ten years to save the European Union"