Google tried and failed to play the social media game. But that's not necessarily a bad thing for the tech giant, which is doing just fine by sharing the tech market with California rival Facebook.

After delaying the inevitable for too long, Google has finally ended its social network, and in the worst possible manner. A month ago, the Mountain View company announced that the personal data of its 500,000 Google+ users had been exposed due to a security breach. The American giant took the opportunity to announce that it would shut down the service. A pathetic way to bring down the curtain on an activity on which Google had wagered a lot ... before losing interest.

Let's rewind a little. As the 2010 decade approached, the Facebook threat seemed to hang over Google as the search giant made its shift towards social media a priority. The watchword translated into action: The group invested several hundred million dollars in start-ups, before launching Google+ in mid-2011. But it was a defensive move more than anything else: Facebook was already well-established at the time with nearly 750 million active monthly users.

Very quickly, Google's social network stagnated. "The perceived value proposition was too close to that of Facebook," recalls Jean Pujol, a digital transformation consultant at PwC. "They couldn't deliver a real killer feature."

In 2014, the head of Google+ set sail. A year later, the group announced the end of its social network's ambitions after having stripped it of several of its services (Hangouts, Steam and Photos). On the surface, Google+ was being kept alive. But in reality, the company was already laying down their weapons: Mark Zuckerberg's group was too strong.

Google already sucks up a volume of data sufficient to feed its advertising model.

So the Facebook storm did happen ... but it didn't kill Google, whose market capitalization jumped from 800% in 10 years to nearly $740 billion. At the time, however, the two Californian companies were perceived as being arch enemies. Facebook's rise to power, it seemed, would and could only happen at Google's expense.

The worst-case scenario announced at the time by the doomsayers of the digital world was the following: Facebook would replace Google in everything. The situation today is quite different.

Yes, their business model is similar: their services are free of charge and both monetize their activity through online advertising. Admittedly, the two ecosystems they have built on their own sometimes come close to each other, often come up against each other — particularly on the issue of capturing user attention and advertising budgets. But no, the development of the Menlo Park firm hasn't hindered Google's. One is the world's biggest social network, the other the undeniable champion of online search.

The evidence is in the figures: Facebook has generated more than $50 billion in advertising revenue over the past 12 months, and Google is now running at an annual rate of more than $100 billion! In other words, the two American giants are currently crushing the online advertising market and have turned it into a virtual duopoly. 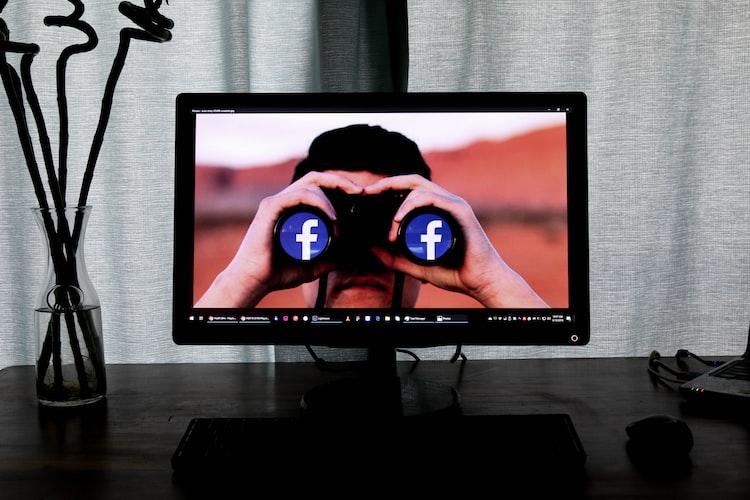 Moreover, if the Mountain View company has dragged its feet with the closing down of Google+, it has hardly shown any interest in launching a new social network in recent years. Market rumors once mentioned an interest from Google's part in the acquisition of Twitter. But it never materialized. In August 2017, a similar rumor was heard about Snapchat. No further action was taken.

Yet, with its $106-billion stockpile in cash, Google could easily swallow one of the aforementioned platforms, or even absorb both of them (Snap has a market capitalization of less than $9 billion and Twitter is worth nearly $26 billion on Wall Street), and even afford to pay a large premium on top. But it doesn't do anything about it.

With its one billion active users per month for Google Maps, 1.8 billion for YouTube, and nearly 90% market share for its search engine, the giant's diverse and varied services are already in the hands of a massive amount of people around the world. Not to mention Android, its mobile operating system, which runs more than 2 billion smartphones and tablets. In other words, Google already sucks up a volume of data that is largely sufficient to feed its advertising model.

"Except that today, Google owns data that mainly relates to 'raw' user interests. Whereas Facebook has access to more precise behavioral data and is better able to identify long-term interests and changes in the purchasing process," points out Jerome Colin, head of strategy consulting at the data company Fifty Five. "This makes it possible to display highly personalized ads adapted to the moment."

It's a big advantage for the social network. "But we see that Google is very active in the field of connected speakers, for example, and via smart assistants in general," Colin adds. "This allows them to get their hands on more behavioral data. Today, the important thing for Google is to have access to this type of data, not to have its own social network."

The maneuver seems more dangerous and expensive than anything else.

In recent years, since Google has been led by Sundar Pichai it has done well without a social network. It's difficult, therefore, to find reasons for the online advertising giant to bother about developing one in the immediate future.

A deterrent for Google becoming involved in social media is also the challenges Facebook has faced, such as dealing with fake news, curbing hateful or extremist content, securing its users' private data, and fending off complaints that it is a threat to democracy. Indeed, being the owner of a social network is no easy task at the moment. Just ask Mark Zuckerberg, who will probably remember the difficulties of 2018 for a long time.

For its part, Google already has its hands full with Google News and YouTube, which is probably the closest thing to a social platform the company now owns. What is the point of investing massively in developing a relevant and competitive ecosystem to run up against Facebook and its gem Instagram, especially if it means potentially exposing yourself to a scandal such as the one involving Cambridge Analytica, which could damage the reputation of the entire brand?

The maneuver seems more dangerous and expensive than anything else. Already at the end of August, Google France declared that it was shutting down its page on Google+ and concluded the announcement by recommending users to follow its latest news ... on Facebook and Twitter. As far as symbols go, that was a telling one.

Dinner With Netflix, When A Lockdown Drama Turns Extra Dark

From the moment the movie began, I had a funny feeling. First, there were no opening credits ...