Argentines were hoping Alberto Fernández would be autonomous from his VP and former president Cristina Kirchner. But he's beginning to look like the puppet that former Russian President Dimitri Medvedev was to Putin.

BUENOS AIRES — Argentine President Alberto Fernández is not the only politician for whom becoming head of state was once but a dream. In Russia there is Dmitri Anatolyevich Medvedev, who was president between 2008 and 2012 after being handpicked by the country's strongman Vladimir Putin. As a trusted loyalist, he would never threaten the leadership of the man who has wielded absolute power in Russia for two decades.

These recent weeks have shown some notable similarities between Medvedev and Fernández. For example, both aligned themselves with the political projects of their vice-presidents, Putin in Medvedev's case and here, Cristina Fernández de Kirchner, the powerful former president. Some prominent members of the ruling Peronist movement are starting to call him "Cristina's Medvedev," making a mockery of sympathizers' hopes that in the first nine months of his presidency he would foment his own 'Albertist' current in the Peronist family.

Like Fernández, Medvedev was a lawyer. He too was Putin's cabinet chief or prime minister in 2003, a position Fernández had with another president, Kirchner's late husband Néstor Kirchner. In both cases, they focused on state affairs, though Medvedev specialized in the regulation of state services. Both managed election campaigns. Medvedev helped his boss become president in 2000, and Alberto briefly managed the campaigns of two Peronist candidates, Sergio Massa and Florencio Randazzo. 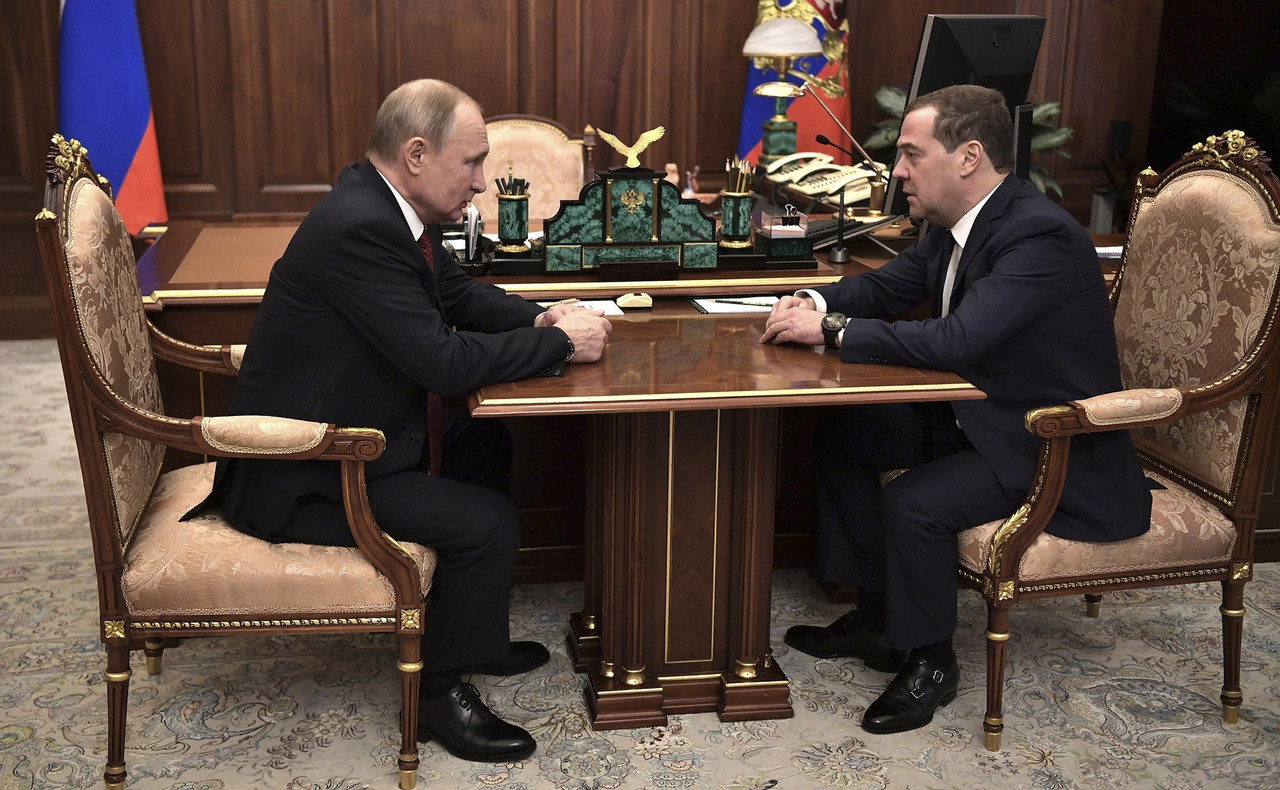 Medvedev served out his term obeying Putin, and was well rewarded. At the end of his presidential term, he became prime minister for Putin and held that post until January 2020, when he resigned to become a deputy-head of the National Security Council. It is a most agreeable retirement for a 54-year-old who never entertained dreams of reelection.

Will Fernández have a similar fate? Is he an Argentine Medvedev, here to fulfill Cristina K's wishes without deviating from her set path? Recent days have shown the president is eager to pave the way for his vice-president's irresistible push like never before. The Parrilli amendment to planned judicial reforms — which targets sectors of the press and has been cheered by radical Peronists — seems to bear Cristina K's signature.

Medvedev was always of use to Putin.

Likewise a decision to replace the Energy Secretary Sergio Lanziani with a legislator with close ties to Cristina's son, Máximo Kirchner strengthens the vice-president's already considerable influence over the oil firm YPF. Or a presidential decree defining paid phone and internet services as "public goods," which may have come straight out of the Patria Institute, a think tank founded by Kirchner.

In contrast with her political dynamism, the president is busy managing his declining popularity. A recent poll by consultants Management and Fit is giving him an approval rating below 48%, which was his rating when he won the presidency and sharply below the rates he enjoyed just before the pandemic.

He reacts with a measure of desperation to this free fall. He recently said Argentina "is better off in the pandemic than under Macri," referring to his conservative predecessor Mauricio Macri. Perhaps he has missed some of the horrible figures of the first 9 months of his administration: a 13% decline in economic activity, more than one million job losses or temporary layoffs and an estimated poverty level of over 50% of Argentines by the end of this year. It cannot be fortuitous that his vice-president has said nothing about the pandemic's effects on Argentina, where 7,300 have died so far of coronavirus.

The writer Hinde Pomeraniec, author of Rusos de Putin ("Putin's Russians"), says "Medvedev was always of use to Putin and never said a word against him." Why would you, in a country that has yet to fully transition out of the communist police state, and where "things" can happen to you?

It's true that Fernández has had a few run-ins with Kirchner, and vowed when campaigning to reveal his own political project. He may be a one-term president, like Medvedev. It would be a strange, and brief, political trajectory. And in that laboratory of power perpetuation that is Argentina's Peronism, we'll also have to see what Kirchner does next.