In Kenya, A Refugee Camp With 2,100 Small Businesses

From individual artisans to prosperous wholesalers, this isolated place has developed a vibrant economy despite numerous obstacles.

KAKUMA — When she was a millinery student at the University of Goma, in the Democratic Republic of the Congo, Esperance Tabisha didn't think for a second that she would be practicing her trade in a refugee camp. Eight years later, the young Congolese woman works at Kakuma, a refugee camp near where the border of Kenya meets Uganda and South Sudan.

Fleeing the conflict that ravaged her region of North Kivu, she arrived alone at the refugee camp in 2010. A "Congolese mom" quickly took her under her wing.

"In the first week, she borrowed a sewing machine and I began to work," says the 28-year-old seamstress, sitting in the shade in front of what is both her store and the entrance to her home. At her right sits a black, peddle-operated sewing machine (her third); to her left, a large piece of wood mounted on sawhorses takes the place of a counter and serves as both a design table and ironing board.

Here, Tabisha creates custom shirts, dresses and skirts for a clientele of refugees, humanitarians and Kenyans who live in the nearby village, also called Kakuma. Some of her pieces she posts on Facebook and Instagram, on her account "Esperanza Fashion and Designs." Business is going well, she says, at least well enough to give her two children — who were both born in the camp — a "varied diet" and "good education."

Kakuma — a series of alleys, tents, and dried mud shelters — is one of the largest refugee camps in the world. It is also a thriving economic zone, with markets, traders, and artisans. The refugees there manage 2,100 different businesses, according to a first-of-its-kind report by the United Nations High Commissioner of Refugees (HCR) and the International Finance Corporation (IFC, a member of the World Bank).

"This shows the ability of refugees to be positive actors and economically active members of society," says the HCR's Mohamed Shoman, who oversees operations at Kakuma.

"We are not recognized as economic actors."

When it opened in 1992 to house refugees from the war in Sudan, the camp had only a single shop, an Egyptian humanitarian worker explains. The town was a village. In the years since, the suffocating and isolated place, located several hours by road from the nearest large urban area (and 456 km from Juba, the South-Sudanese capital, as a sign at the entrance notes) has welcomed a disparate group of refugees: Ethiopians, Somalians, Congolese, Burundians and, most recently, South-Sudanese.

Today, the camp houses 185,000 people and the town — with its own logistics outpost — has around 50,000 inhabitants. Together, they equal in population the 10th largest Kenyan city, notes the report, and produce 6 billion Kenyan shillings (51 million Euros) — an economy constructed over the course of years to improve a very difficult daily life, make the most of their skills, and prepare for the future.

Not everyone, of course, is a businessperson or employee (about 25%), but most (73%) directly benefit from the regular income. According to the county governor of Turkana, Josphat Nanok, the market has been stimulated for three years by a major innovation.

"Before, each person would receive his or her food rations, but today the majority of refugees receive electronic donations (mobile payment methods are highly developed in Kenya) to run their errands," says Nanok, an imposing man who sees the camp as both a humanitarian and an economic program for the region. "They're spending their money. It's an enormous opportunity for local businesses, whether they're run by refugees or by locals."

Food vendors are especially important. The most common shops are "dukas" (general food shops), followed by clothing stores, hair salons, mechanics, and photo studios. Some small businesses have to stock up. The camp also has its wholesalers, such as Mesfin Getahun, an Ethiopian known as the "millionaire refugee" due to his international press portraits. 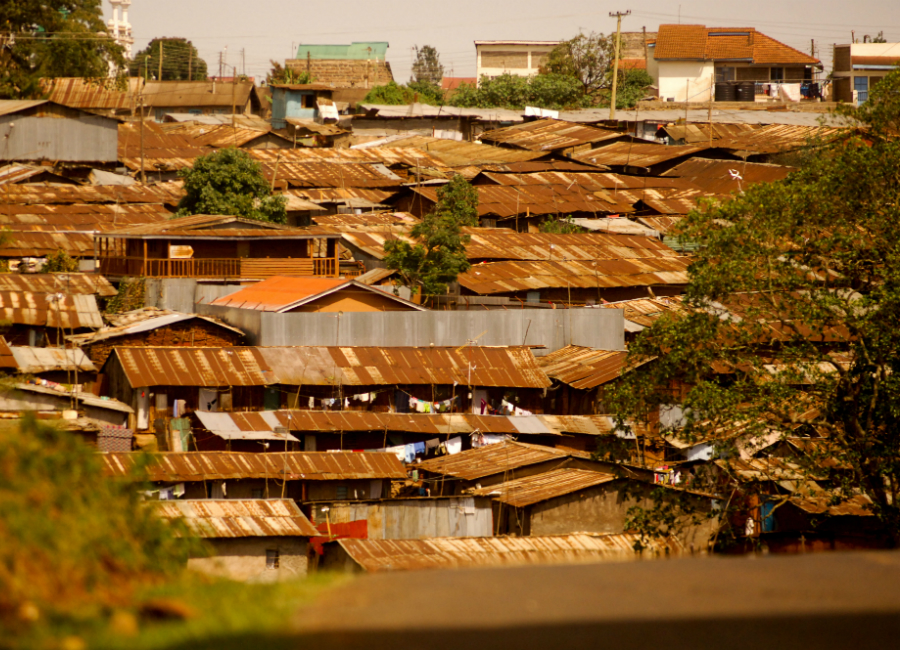 There are service providers too, such as Abdi Safa Omar, a local electricity supplier. Installed in a Somali market — one of the economic hearts of Kakuma — his diesel generators run all day to light the surrounding stores thanks to a jungle of cables. Even though they are not connected to the grid, the shops still need electricity for light, to charge telephones and to run refrigerators.

"If I turn off my generators, there will be a crowd here in five minutes!" he says.

Omar came to Kakuma when he was nine years old. Today, he employs six people and generates a revenue of 360,000 Kenyan shillings (more than 3,000 euros) per month. Rising oil prices have hit him hard, however. He also pays substantial costs to get the oil from Nairobi, which is two days away by road.

"When it's all said and done, my net profit right now is about 10,000 shillings (85 euros) per month," he says matter of factly after doing the calculations on his cellphone.

Nothing is easy, in camp life or in business.

We cannot spread out beyond the camp because we are not supposed to work.

"We are faced with many difficulties. We are even surrounded by them and they're unlikely to go away," says Hassan Adan, an electronics seller who came to the camp in 2010 and built a family there.

Leaning on the bar that blocks access to his incredibly tidy shelves, this former community worker from Mogadishu recounted how he earned a management degree in Kakuma. He's an exception in this regard. Only a third of business owners in Kakuma have earned a secondary degree.

"We are not recognized as economic actors," he says in perfect English. "And we cannot spread out beyond the camp because we are not supposed to work."

The Kenyan government does not authorize, for now, the free movement of refugees, who must possess authorization to move about. It is an uphill battle to obtain a work permit or to register a business, even though both are theoretically possible. Caught in the grip of a hypocritical system, many say that paying county taxes is a prerequisite, even if they do not yet have a national registration number.

"These businesses are in the gray area [between the formal and informal sectors]," says Michel Botzung of the IFC. "They pay taxes, but they have neither formal contracts nor good relationships. They no longer benefit from the support normally given elsewhere, such as access to loans or letters of credit."

Finances are another large obstacle. There is only one bank in the camp (Equity Bank, one of Kenya's finest), and it can be difficult to get loans "because of uncertainty surrounding the identity and length of stay" of the refugees.

The authors of the HCR/IFC report hope to see the private sector invest in Kakuma, primarily in finances, industry, and consumables. Asked about the competition that these businesses would represent for the refugees, Botzung says, "The wholesalers [who come in from the outside] could, for example, offer more favorable business conditions to the small businesses that today have to pay everything in cash advances. Certainly some will go out of business but the others will have access to cheaper services."

Omar, the electrician, isn't so sure. Still, he's willing to give it a try — "in whatever sector, as long as it's profitable" — and for however long his U.S. immigration process takes.

More and more Kenyan farmers are growing avocados, the native Mexican fruit that are both profita...