Animosity towards immigrants is strong in Hungary. Controversial Prime Minister Viktor Orban was particularly blunt during a recent television interview: "We don't want immigrants in our country."

But it was also notable that Orban was speaking from Paris, where he participated in the Jan. 11 unity march after Islamist terrorists murdered members of the magazine Charlie Hebdo staff and others in the French capital. "Economic immigration causes nothing more than troubles," he added.

Hungary has recently become one of Europe's most popular destinations for asylum seekers. There were some 35,000 requests submitted between January and November 2014 — 10 times more than two years ago.

Because many EU countries have sealed their borders, the one between Hungary and Serbia has become a popular destination for immigrants. It is as frequented as the once-popular crossing between Turkey and Greece, which is now blocked by a fence Greece erected, hence the many tragic attempts to reach Greek soil by sea. Last summer, Bulgaria followed in constructing a similar barrier. Both countries subsequently registered a drop in the number of immigrants.

Half of the illegal newcomers to Hungary originate from Kosovo, which many EU members don't officially recognize as a country. Though this undefined status makes it difficult for its citizens to travel to Western countries, the porous border between Serbia and Hungary is a relatively easy way through. Syrians and Afghans are other ethnicities quickly rising in number in Hungary.

Citizen patrols recruited within local communities manage to sift out some of the clandestine travelers trying to cross the border. This kind of surveillance is often organized by municipalities, as locals often blame immigrants for leaving trash and unextinguished fires in the surrounding forests.

For the great majority of newcomers, though, Hungary is just a stop on their way farther West. Those who request asylum are placed in unguarded detention camps. There, they prepare their next voyages towards Austria, Germany or Sweden, where many of them already have relatives waiting for them. 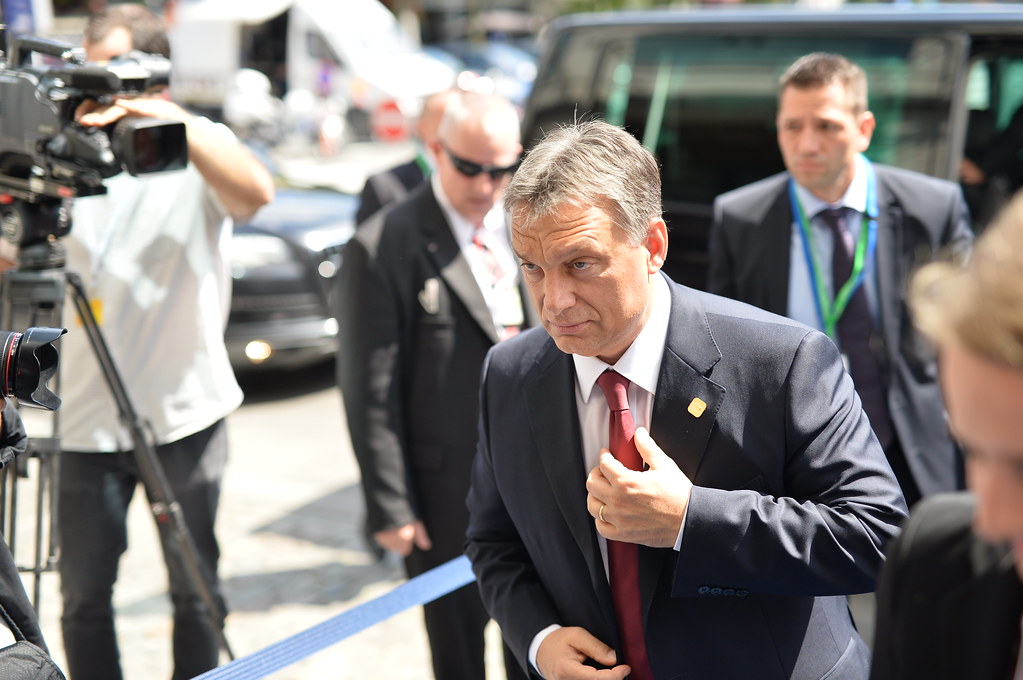 The anti-immigrant sentiment in Hungary is pervasive. According to the Hungarian research center Tarki Institute, 67% of citizens said they would oppose having Chinese people in their country, and an even higher percentage, 78%, don't want to see immigrants from Arab countries. But Hungarians are a negative people, it turns out. Some 60% of respondents said they wouldn't welcome "Pirens" either, a false ethnic group made up for the purposes of the survey.

While very explicit about foreigners in Hungary, Orban glossed over yet another reason behind his hostility towards migrants. His government, famous for its nationalist sentiment, is alarmed by Hungarian emigration to other EU countries. Since 2004, about 350,000 people, the majority of them young and well educated, have left Hungary and headed west.

The government has tried many ways to stop the exodus, including instituting a ban on new graduates leaving the country, imposing high penalties for young job seekers prioritizing foreign employment over domestic opportunities. The ban was eventually rescinded after pressure from the EU.

The EU parliament has passed a resolution that condemns Hungary's anti-LGBT law and could allow them to initiate legal action against the Hungarian government. The potentially life-threatening consequences of the law are already clear.

If Europe is to stand firm against Viktor Orbán's illiberal and anti-establishment policies, scapegoating him or excluding him from the EU risks consolidating his hold over his fellow citizens