Border Row Is Bad News For Moroccan Workers In Algeria

The entrance to Maghnia, an Algerian city on the border with Morocco. - Habib Kaki

An estimated 15,000 undocumented Moroccans work in construction sites, bakeries, and in skilled trades across neighboring Algeria.

MAGHNIA — Already tense relations between Algeria and Morocco have taken a sharp turn for the worse of late, and pose a serious risk to the livelihoods of an estimated 15,000 undocumented Moroccan citizens who work for private and public companies across Algeria, the Algiers-based daily El Watan reports.

The shared border between the two North African nations has been closed since 1994. Recently, though, Algerian authorities added to the animosity by digging 7-meter-deep trenches along their side. In a tit-for-tat escalation, their Moroccan counterparts responded by erecting a two-and-a-half-meter tall fence on their side. 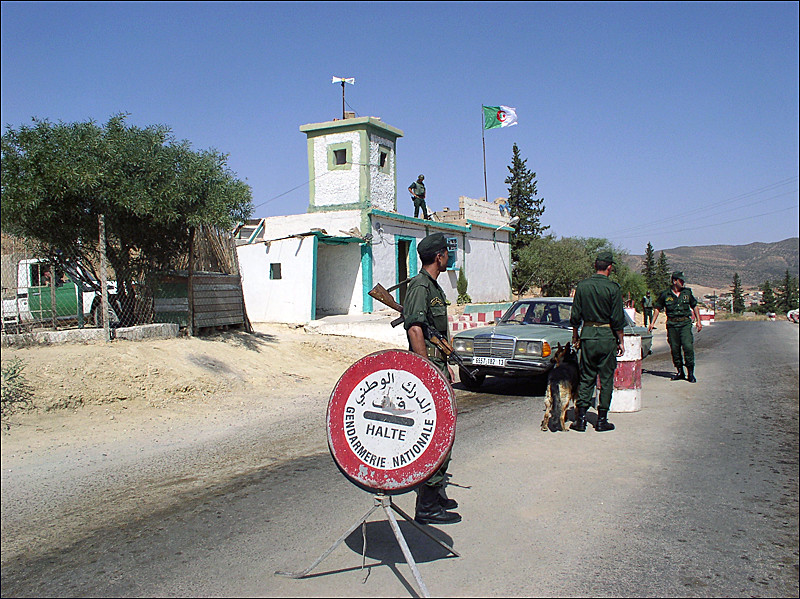 Algerian border guards at the closed border with Morocco in Maghnia — Photo: Magharebia

The heightened security complicates matters for undocumented Moroccans living and working in Algeria, where even before the current impasse, arrests by Algerian security services were commonplace. Many are prosecuted in the border city of Maghnia before being expelled.

Before the arrival of the fence and the trenches, workers could cross more easily by bribing a border official. Now they must either pay higher fees or instead take a flight to Algiers and seek work in the capital directly.

"Our labor is in very high demand in Algeria," Abderrahmane, a migrant from the Moroccan city of Fez, tells El Watan. "Everyone knows about our presence here and it's tolerated, but we are often stopped and harassed. It's hypocritical."

Many are prosecuted in the border city of Maghnia before being expelled.

Many Moroccan artisans work with plaster or craft elaborate mosaics, and in such sectors, their labor is essential. "The border is a sieve. You can still get through," says Jamal, a plasterer. "Why won't they just regulate us and allow us to work legally?"

Young Algerians have abandoned professions like masonry, plumbing and welding in favor of a secured government job at inefficient state-owned businesses. Moroccans have filled the void despite the many obstacles to receiving a legal work permit.

While the two countries have signed agreements to facilitate the free movement of labor, there is little effective collaboration and obtaining a work permit is an arduous task. For Moroccan migrants, that means continuing to live in legal limbo, with low wages and precarious conditions.

"Many of us have compiled the necessary documents to get the work permit, but our applications always get rejected," says Hamza, a tiler. "It's their way of telling us we're not welcome here."

A "pause sanitaire" is the phrase El Watan, the French-language Algerian daily, used. Such ...

Battle Of The Ages In Algeria

-Analysis- It's a striking contrast in both age and public exposure. Defying a sometimes ...