Resort Hotels' Extra Responsibility For Plastic Waste In The Sea

For areas like the Mediterranean basin, tourism is huge business. But it's also an inordinate source of plastic pollution.

MUNICH — We've all seen the pictures: plastic bottles, cotton swabs and plastic bags floating in the water; cigarette butts, tampons and fast food packaging lying on the sand. These kinds of disposable items make up the majority of the rubbish found on beaches, and it's not a pretty sight. Who wants to go for a swim with plastic bags floating all around, or lie out in the sun surrounded by rubbish?

Sensitive may be putting it lightly. What she means is, customers don't return. They book their next vacation in a different, hopefully cleaner location.

Many hoteliers already clean the stretch of beach outside their building in the early morning, long before the first joggers emerge. But that isn't a long-term solution to an urgent ecological problem that has become a threat to the livelihoods of many in the industry. The German branch of the World Wildlife Fund (WWF) estimates that plastic pollution costs the tourism industry in the Mediterranean around 268 million euros annually. As for the ill effects on sea creatures such as turtles and birds, the damage is incalculable.

So what can the tourism industry do to combat the problem of plastic waste? That is the question explored in a WWF Germany study published in November and financed by Wikinger Reisen. The study's title is Stop the flood of plastic: Effective measures to avoid single-use plastic and packaging in hotels.

Its main authors, Martina von Münchhausen and Bernhard Bauske, decided to focus their research on the Mediterranean, partly because every year countries with a Mediterranean coastline dump half a million tons of plastic into the sea. That's the equivalent of 33,800 plastic bottles every minute, according to the WWF.

The other reason for this focus is that every year 200 million people choose the Mediterranean as their holiday destination. Although the growing number of guests is good news for people in the tourism industry, it also means an increase in waste: On average, the amount of rubbish created in the Mediterranean rises by about one-third during the high season. In Mallorca, it is almost twice as high during the holiday season, and in some Greek islands it can reach three times the amount of waste generated during the winter months. A law largely forbidding single-use plastic is planned in Mallorca, but it isn't set to come into force until Jan. 1 of next year.

Holidaymakers — with their high expectations of comfort in the hotels and their consumer behavior patterns — are a part of the problem. But according to the study's authors, they could also be part of the answer. To find solutions to the issue of waste, Münchhausen and Bauske conducted interviews with hoteliers, experts from NGOs, local and regional authorities and waste disposal companies in Mallorca, Nice, Rimini, Zakynthos and Corfu.

Their question was: How can all areas of the hotel — the kitchen, guest rooms, bar, outdoor areas, pool and employee spaces — avoid single-use plastic? The answer can be summed up with three words: reduce, reuse and recycle.

Guests are also reluctant to give up the free bottled water in their rooms.

The study's authors proposed a variety of measures to ensure there is as little plastic as possible ending up in the ocean: a waste inventory, separating rubbish, recycling. The first step is to buy the right items: Instead of using disposable packaging, for example, hotels should have containers that can be returned and reused. That can sometimes pose a problem. When it comes to the breakfast buffet, lots of hotels are already using reusable containers. But according to the interviews, they come up against resistance when they try to introduce these to the guest rooms.

"In luxury hotels, many guests expect tiny bottles of expensive shower gel, shampoo or body lotion in the bathroom," says Wikinger Reisen's Machill-Linnenberg. Installing a large soap dispenser on the wall wouldn't create the same experience. Many guests are also reluctant to give up the free bottled water in their rooms. 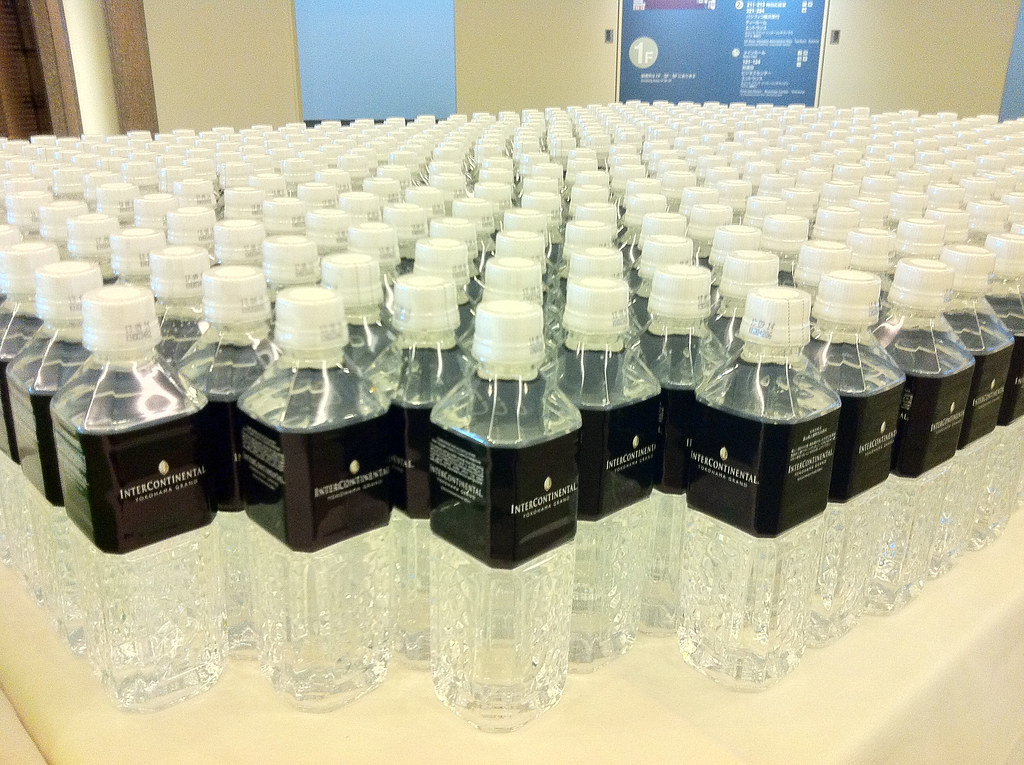 Holiday companies are often forced to concede that battle, but not always. Wikinger Reisen asks guests to bring reusable bottles from home. On its South African holidays, the company now has water dispensers in the safari vehicles, saving 200,000 plastic bottles every year.

Reusable water bottles are still one of the most effective ways of reducing waste. "Many guests don't trust the drinking water in their holiday destinations," says Münchhausen. But in many places the tap water is drinkable. Where this isn't the case, hoteliers should provide water purification kits or filters, she says.

Still, not all are able to do so. It was also clear from the interviews that selling bottled water was an important source of income for many hotels.

Is it fair to put the burden of sustainable tourism on hoteliers alone? Is it not the responsibility of local authorities to find a way of dealing with the waste issue? "The hotels can't do this alone," admits Martina von Münchhausen. "But as long as we don't have a recycling economy, we must appeal to hotels to lead the way." And many are taking up the challenge. Where there isn't enough public provision, some hotels are joining forces to set up their own private waste management systems.

It also important to make guests aware of the issue. Holidaymakers can also contribute by bringing water bottles and reusable shopping bags with them, taking their rubbish back from the beach to the hotel, or — in areas where there isn't recycling infrastructure in place — taking their plastic waste back home with them.

"The value of a trip cannot be gauged by how many plastic-wrapped amenities the hotel offers, but by a waste-free landscape, clean beaches and healthy oceans," the study's authors write. Hopefully that will soon become the new standard for luxury.