The Tragedy Of Trump, Tears Of A Latino Lover Of America

In NYC on Nov. 9 - Alessandro Vecchi/DPA/ZUMA

Trump's victory reminds this Chilean writer of some of the worst moments of the past half-century, including 1973 army coup in Chile and the 9/11 terror attacks.

SANTIAGO — There are very few occasions where humor is inappropriate. Very few moments when irony, that delectable luxury of intelligence, cannot be used for purposes of irreverence. I felt this for the first time the day after the military coup in Chile on Sept. 11, 1973. It was a date that turned all the young people of my generation into adults overnight, and whose secondary effects ended up killing my mother 10 years later.

I felt humor had died again on another Sept. 11, when I watched the two towers of the Word Trade Center burning against a clear blue sky. I was a migrant then in the United States, a member of an increasingly large Latino tribe, still somewhat looked down upon in a society that nonetheless seduced me for its irrepressible creativity and almost childlike optimism. Here, I thought, was where the future was being born, a global future without borders, where the world would become everybody's home — a democratic, representative home with personal liberty and a free economy.

The third public event in my life that I felt had no place for humor was last Tuesday night. The people of the United States voted, and elected Donald Trump to become their president. I still cannot believe it. I repeat: The Americans have chosen Donald Trump, a bungling, ignorant, narcissistic con man who shows no respect to anyone nor harbors a single worthwhile idea in his head. He is all pose and makeup, décor and special effects without an ounce of real human substance. And he has been elected U.S. president.

I struggle to face this reality, and don't know, really do not know, what to do next. I let myself be distracted by a stream of thoughts to forget for a minute that Trump has won. But that is worse, as when I snap back to the present, the certainty of it flashes back at me. Trump was elected president, and there is no going back. I have felt like this before, when people I loved died and the reality kicked in that they would now be absent, for good.

I am a little embarrassed to write it here, but at some point I even started crying, "dribbling and all" as we say here in Chile. I wonder if there is anything more ridiculous than an old man crying like a child, but what can I say, it happened. 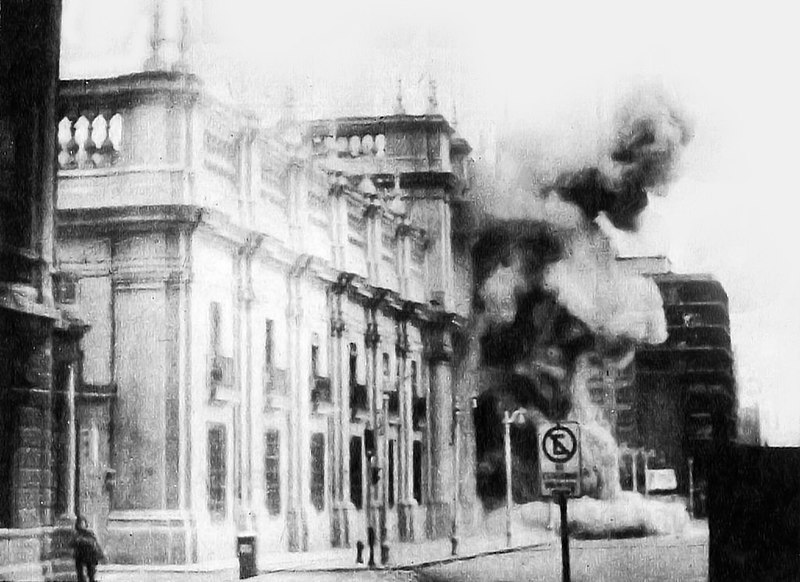 I think most of all of the girl I love most in the U.S. right now: my younger daughter, Octavia, who is not even a U.S. citizen as she has a green card. She was five years old when she arrived in the United States, where she began school and later completed her primary and secondary education. She applied for and won a place at Hunter College in New York, which meant her going to live alone in Manhattan, at the age of 17. So yes, she is a real gringo as we say, and a lives with her boyfriend in Washington DC. Both, like everyone else I know, were rooting for Hillary.

After exchanging messages through the day Tuesday with Octavia, it was thoughts of her when Trump clinched victory that made me start to cry, thinking about the four or eight uncertain years she has ahead. And even while old age starts creeping up on me, I also thought back to the United States that I knew, my own personal American Dream, the secular, capitalist democracy that respects people's freedoms.

That America will now fall into retreat, as Trump imposes populism, isolationism, protectionism and parochialism. And so my tears, and even a big loud hiccup ... Ok, the hiccup is a joke, so I guess things aren't so bad.

Still, let's not deceive ourselves. Trump's victory is a veritable tragedy for the United States, and the world. And if he does what he has said he would, his actions could wind up doing more long-term harm than either Osama Bin Laden's terror or the financial crash of 2008.

Until Tuesday, the model for building a better society was North American. Today, we no longer know where to look. I prefer irony to melodrama, but I can't help but thinking that Donald Trump's victory could alter the destiny of the human race.

People around the world and around Latin America are wary of the vaccination campaigns to fight COVID-19. But there is a particular hesitancy toward the vaccine solution arriving from China that by now should be discarded, along with stereotypes.

The 18-year-old was doubled over in pain, but her parents thought it was just a case of exam-time nerves. She survived... and then some!