From Pinochet To Trump, When Democracy Is Under Attack

Celebrations in Santiago in Oct. 2020 when the country voted to replace its constitution - Pablo Rojas Madariaga/NurPhoto via ZUMA Press
Benjamin Witte
WORLDCRUNCH
2021-01-08

A dictator-in-waiting orchestrates a violent assault on the seat of government. Shots are fired. A stunned world watches what most agree is an attack on democracy itself, a rejection of what had long seemed self-evident: that a nation's health and prosperity depend on an orderly transfer of power from one elected leader to another.

Two days after the stunning scenes in Washington, I am reminded of those grainy scenes from a different historical chapter in another nation's capital, Santiago, Chile. It was nearly a half century ago, when military forces, under the command of General Augusto Pinochet, launched their assault on the La Moneda presidential palace on Sept. 11, 1973.

In doing so, Pinochet and his collaborators toppled the democratically elected government of then-president Salvador Allende, who died in the mayhem and was quickly replaced by a military junta. Next came a wave of excruciating human rights abuses and a dictatorship, under Gen. Pinochet, that would last for 17 long years.

Chile was eventually able to reestablish a democratic system of government; but even now, more than three decades after the infamous strongman finally stepped aside, his legacy lives on. And while some credit Pinochet for planting the seeds of Chile's relative economic success, many others see him as a stain that's still in need of removal.

That ongoing debate was put to the test in a referendum last October on whether to scrap the country's constitution. And when the votes were tallied, the result wasn't even close. Nearly 80% of voters chose the apruebo (approve) option, backing efforts to dump the 40-year-old document despite uncertainties about how or when a new constitution will be drafted. 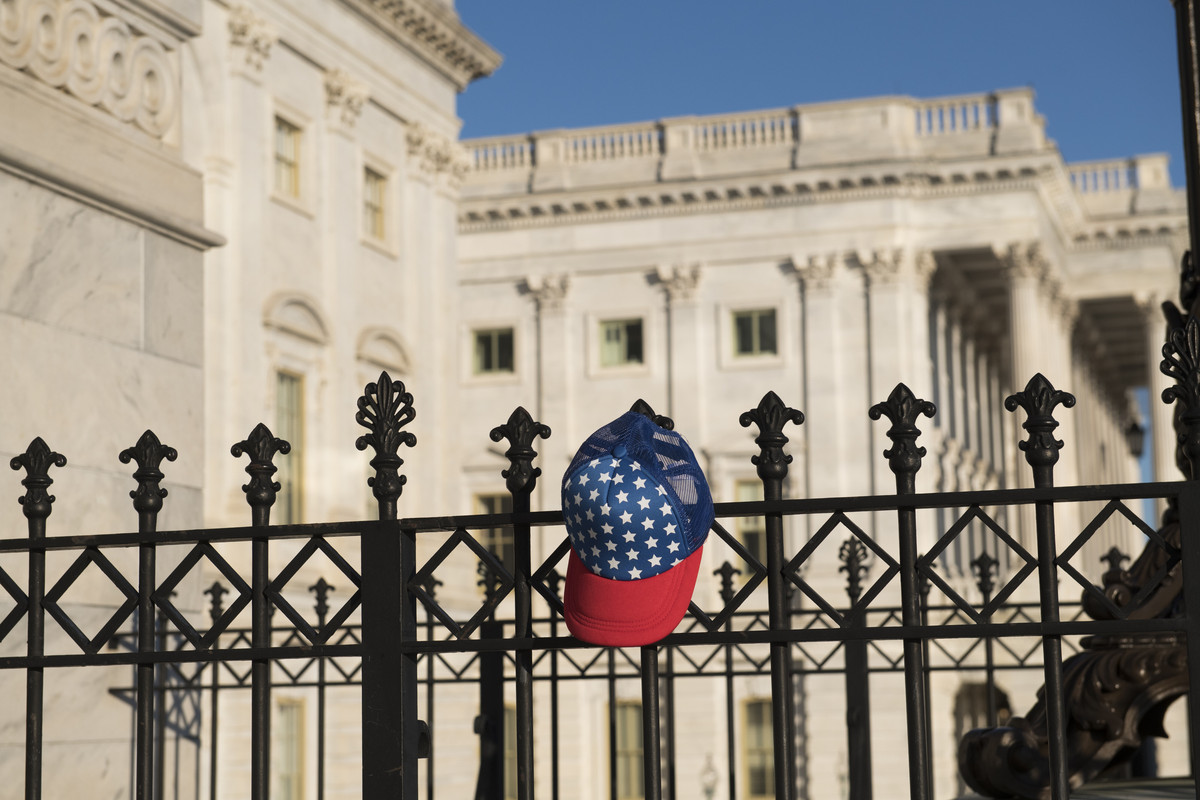 The U.S. Capitol in the aftermath of its occupation by pro-Trump supporters — Photo: Rod Lamkey - Cnp/CNP via ZUMA Wire

The result of the plebiscite was even more remarkable given that — as backers of the status quo point out — the constitution has, for all intents and purposes, already been rewritten thanks to numerous reforms and amendments by the democratic governments that succeeded Pinochet. But any lingering whiff of authoritarianism in the document was enough to welcome the opportunity to write a whole new constitution.

The assault on the Capitol by supporters of President Donald Trump, who had refused to guarantee a seamless transfer of power after his defeat to Joe Biden, seems to mark a turning point in the American political system. And perhaps there are lessons to cull from Chile's recent history.

Unlike the United States, with its proud, uninterrupted tradition of democracy and a 234-year-old constitution that most Americans treat with a "holy book" kind of reverence, most Chileans understand that theirs is an imperfect system, one in need of constant revision and improvement.

There is much that can and should be improved in America's system of democracy.

And as an American who spent years living and working there, it was something I always admired. It stood in sharp contrast with the U.S. political mindset, where faith in the inherent genius of the system supposedly blessed directly by God has inoculated it from meaningful and necessary reform.

The dictatorship in Chile, instead, shattered any illusions about the inevitability of the systems of government that both preceded and eventually replaced it. In some ways, this was a good thing.

From voter suppression strategies to district redlining, corporate campaign financing, and an anachronistic electoral-college system that twice, in the span of just 16 years, sent men to the White House who failed to win the popular vote, there is much that can and should be improved in America's system of democracy.

Doing so, however, requires a bit of humility. Seeing its very seat of government breached was an ugly and embarrassing scene for the United States, and shocking for those around the world who look to the country as a model of democracy.

Fortunately, unlike back in Santiago all those years ago, it won't mark the start of a brutal dictatorship. Still, America would do well to see the riot in the Capitol for what it was: an urgent warning, and an opportunity to start making improvements to its system of democracy now, before it really is too late.