To Cannes And Back: The Subtle French Infiltration In Hollywood

Since Agnès Varda, Louis Malle and Michel Gondry, trying one's luck in Hollywood has become an obsession for some French filmmakers. But Netflix and friends are changing the formula.

HOLLYWOOD — Frank Zappa recorded his rock opera "Joe's Garage" there. The Beatles used its large auditorium for their meditation sessions. Halfway between Beverly Hills and the Pacific, with its imposing pink brick facade decorated with Ionian columns, The Village Studios looks like a huge room inherited from the 1920s. At the corner of Santa Monica Boulevard and Butler Avenue, the legendary West Los Angeles recording studio of everyone from Eric Clapton to Lady Gaga has been located in a former Masonic temple since 1968.

This musical sanctuary is where the soundtracks to "Crazy Heart" and the Coen brothers' comedy "O Brother, Where Art Thou?" were recorded. It is also where the opening scene of Leos Carax's "Annette" — co-written with the California pop duo Sparks (brothers Ron and Russell Mael) — was filmed.

Meanwhile, an ocean away, the musical kicked off the Cannes Film Festival on its opening night.

"When the studio owner knew the Sparks brothers were in the film, he opened all the doors for us," says Olivier Gauriat, the executive producer who has been lending a hand locally to Leos Carax and his producer Charles Gillibert. The film is co-produced by Amazon Studios, which bought the American rights. Already producer of Montreal-born director Xavier Dolan and the Franco-Turkish filmmaker Deniz Gamze Ergüven ("Kings"), Charles Gillibert (CG Cinema) did not hesitate to sign with Carax, director of one of the biggest "industrial accidents" in the history of French cinema with "Les Amants du Pont-Neuf" ("The Lovers on the Bridge").

"There is a culture shock for producers and filmmakers who arrive here. The former are surprised by the production costs. We don't shoot the same way as in France. Everything is very standardized; it's one of the few highly unionized industries: There are a lot of rules that European filmmakers are not used to," says Gauriat in his office on Westwood Boulevard. "The advantage is that there is still an incredible variety of sets within a 50-kilometer radius and a huge pool of technicians and artists. But a lot of filmmakers have failed here. We should not try to reproduce the French way of working."

Louis Malle, one of the few French filmmakers to have broken through in Los Angeles, once said: "The producer is someone who has no money, has a slight tendency to get under your skin, and if ever the film is successful, he takes a lot of money from you."

The executive producer of the French film festival CoLCoA in Los Angeles, François Truffart, notes that some top European filmmakers like Jean-Luc Godard always refused to shoot in Hollywood where the director does not have the 'final cut' in the studio system. "Netflix, on the other hand, gives freedom to independent producers and big-name filmmakers to attract talent," Truffart says. 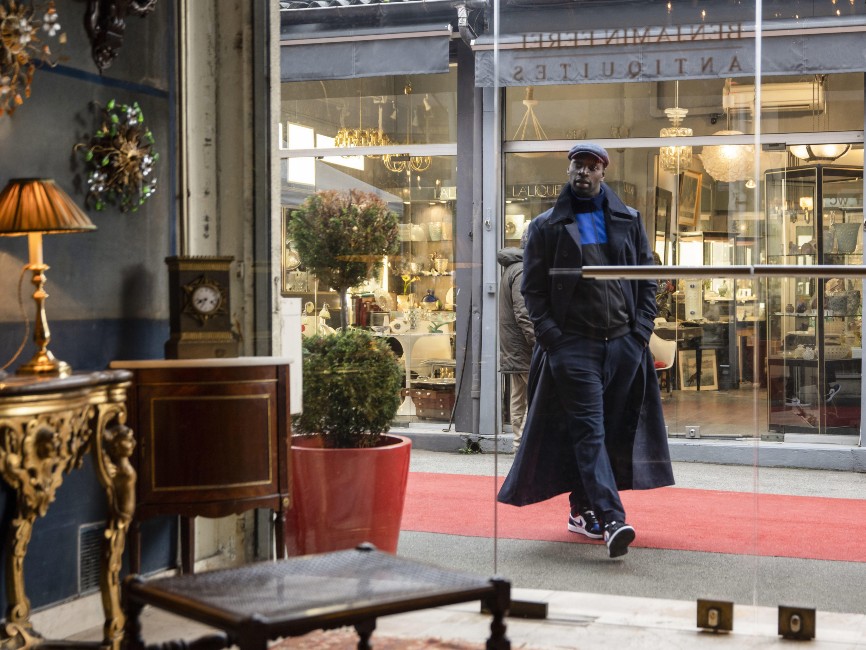 More and more French filmmakers today following in the footsteps of Malle or Agnès Varda, using the California dream factory as a laboratory or springboard. "I really admired Agnès Varda, who was a true pioneer and a pure feminist. For me, she was a real source of inspiration, even if her style is very different from mine," says filmmaker Julie Delpy, who has been based in Los Angeles for 28 years.

Not everything has been easy for the director of "Two Days in Paris," one of the best-selling French films. "I've been trying in vain for 12 years to make a film in English about the Hollywood pioneers. In the United States, there is still a huge barrier for women filmmakers. It's even more complicated than in France," says Delpy, who released her latest feature, "My Zoé," on June 30. "It has been a long struggle. Until 'My Zoé,' America had never financed any of my films. Even 'Two Days in New York' was entirely financed by Europe. I still have this feminist label that scares people here a bit."

So the filmmaker opted instead to write a series, "On the Verge," shot entirely in Los Angeles, for French network Canal+ (co-financed by Netflix). "It's thanks to Canal+ that the project was made possible. A series about 45-year-old women was of no interest to platforms like HBO or Amazon."

Delphy says the boundaries between movies and series will blur. "The platforms represent a real opportunity and an opening for those who do not benefit from the automatic aid and funding of the French system. "

Are we witnessing a paradigm shift? "With the rise of streaming platforms, films travel more and travel better. This represents a breath of fresh air and fresh money for French cinema," says Lucie Carette, director of the Office of Cultural and Creative Industries in Los Angeles. "It's a springboard, even if the primary goal of the platforms remains to push filmmakers intended for local audiences. It's a tremendous boost in terms of fresh capital, even if we shouldn't naively believe that French directors will find success in Hollywood thanks to American platforms."

Four years after the release of her last feature film "Kings," filmed in Los Angeles, Deniz Gamze Ergüven, 43, shot three episodes of "Perry Mason," the HBO miniseries about the fictional American criminal defense lawyer. "There is a spirit that I really like: it is the ambitious side and their search for the best. Unlike Europe, where we often make projects on the cheap, we take risks and we use whatever means necessary," says Ergüven, whose film "Mustang" was chosen to represent France at the 2016 Oscars. "Hollywood has always tried to attract talent from all over the world. What's new is that the financial power has passed into the hands of the platforms."

Others are more reserved. "TV series are exploding because of COVID: There's a huge demand for directors because the shoots are getting done faster," says Clermont-Tonnerre, "I hope that it will not swallow the cinema. Series are fun for me and I enjoyed working with Cate Blanchett on 'Mrs America' and Patricia Arquette on 'The Act.' However, we can't get stuck in this production machine where you only have four days to edit. I learned a lot on the set of 'Mrs. America,' but I now feel the urgency to get back to film. Our DNA is the theatrical release and the director's final cut. We'll have to fight to preserve auteur cinema."

French producer Saïd Ben Saïd, whose film Benedetta (directed by Paul Verhoeven) is competing at Cannes, is a frequent visitor to Los Angeles. Though a fervent supporter of international co-productions, he's also wary about the big platforms. "They've gotten a lot richer during the pandemic. I look at all this with a lot of skepticism because the interests of the platforms are not aligned with those of French cinema."

Omar Sy in ‘Lupin' is a series in French that Americans will watch with subtitles.

The Hollywood dream is often fraught with pitfalls. "I hated Los Angeles before I lived there. I fell in love with it little by little. It has the creative energy of New York City in the 1980s," says filmmaker and writer Amanda Sthers on her terrace overlooking the Chateau Marmont, home of the Hollywood elite on Sunset Boulevard. "Living here, where there is the best talent, allowed me to assert and validate myself within the industry. The platforms are erasing the notion of film nationality for a whole new generation of filmmakers."

But she doesn't necessarily have the fantasy of shooting for a studio. After working for several years in the shadows as a script doctor in Los Angeles, Sthers has just completed an English adaptation of her novel The Promises, taking place between London and Rome and starring French actor Jean Reno, English actress Kelly Reilly and Italian actor Pierfrancesco Favino.

She says "the tour de force of Omar Sy in ‘Lupin' succeeded in turning a series in French that Americans will watch with subtitles." She is not the only one to consider the Omar Sy phenomenon as "exemplary." Despite the success of "Intouchables," the French actor, who has been living in Los Angeles for several years, had not really succeeded in breaking into Hollywood. This series was enough for his career to explode and for the New Yorker to devote an extensive profile to him. 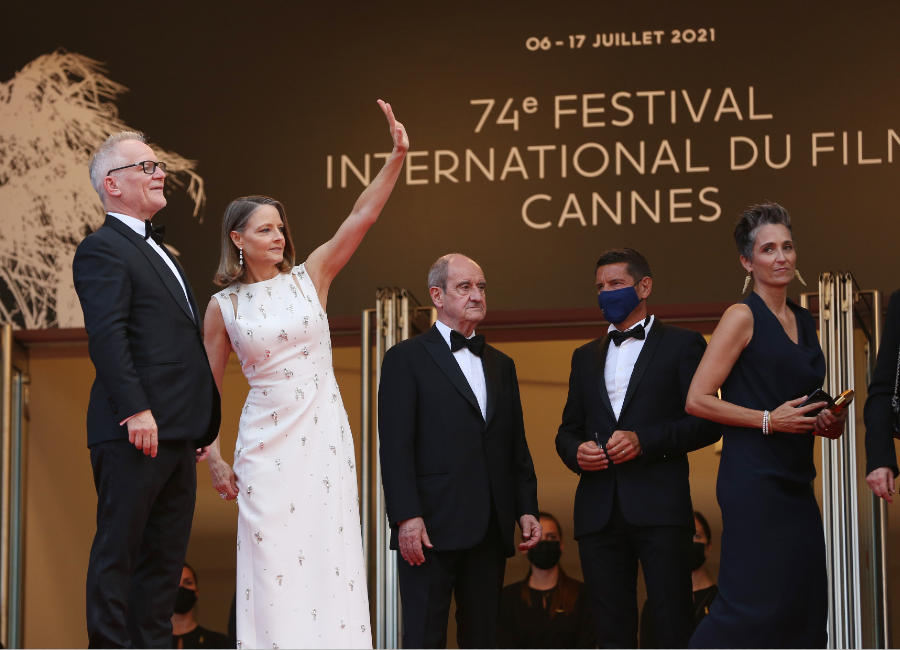 Other sectors of the industry are helping to add the French Touch to Los Angeles, including a specialty in animation thanks to the excellence of the Ecole des Gobelins and the studios in Angoulême. The French star animator Kristof Serrand, who was the link between Gobelins and DreamWorks, was recently poached by Netflix to set up its animation department in France and source local talent.

With his Hawaiian shirt wide open and his surfboard planted in his garden, Sylvain Lasseur notes the French also have notable credit in L.A. when it comes to special effects. "There is a curiosity and a respect for sharp craftsmanship," says Lasseur, a former sound editor who worked as a sound designer on Quentin Tarantino films. "Americans are always looking for something special: the French Touch intrigues them."

Will nothing be the same in post-COVID Hollywood? Didier Allouc, director of the documentary "Covidwood, the year Hollywood stopped" (Canal+), says the platforms are "erasing the borders, and the lifespan of a film will become more and more elastic." It is up to the French Touch to adapt to the new situation, without losing its soul.