Take 5: Bioethics Battles Around The World

From abortion to euthanasia, chimps' rights to legal marijuana, here are some bioethical controversies currently making headlines around the world:

FRANCE: THE RIGHT TO DIE
A video uploaded on the Internet this month has sparked a new controversy in the case of Vincent Lambert, a 38-year-old French man in a neuro-vegetative state since a 2008 car accident. Though awake, he is unable to communicate with the people around him, reports to Le Monde. The video, which shows him listening to his mother on the phone, is the latest (and perhaps, last) attempt by his parents' to keep their son alive after a recent decision by the European Court of Human Rights ruled in favor of Lambert's wife, several siblings and his doctors who believe medical assistance should be removed. The right-to-die debate in France also surfaced in March with the case of terminally-ill French twins demanding the possibility of assisted suicide.

PARAGUAY: PRE-TEEN ABORTION
The case of a 10-year-old Paraguayan girl who was raped by her stepfather and who is now six months into her pregnancy has stirred this historically Roman Catholic country. Her mother has been put in jail for "failing in her duty of care," while the girl has been denied abortion as it is illegal except in case of the threat to the life of the mother. The Ultima Hora newspaper reports that the Paraguayan government and the girl's physicians declared her health not to be imminently in danger. Denying the possibility of abortion for the young girl has sparked criticism from women's and children's rights group both inside and outside of Paraguay.

EUROPE: BRING ON THE CLONES
The committees for environment and agriculture in the European Parliament approved a June 17 bill aimed at toughening laws that ban the cloning of farm animals, as well as the sale of any products derived from a cloned animal inside the European Union. The EU's Parliament Magazine reports that parliament members feared that companies might be able to exploit a loophole in current laws that make no reference to the putting on the market of products from the descendants of the cloned animals. The ban of cloning now applies to all type of species used for farming purposes, while before that it was restricted to cows, horses, goats and sheep.

USA: RIGHTS FOR APES
Last month in New York, representatives for two chimpanzees went before a judge in a hearing to claim their "personhood" rights. The apes, named Leo and Hercules, are kept at Stony Brook University. As The Guardian notes, the group Nonhuman Rights Project argues that the apes are unlawfully imprisoned and that the court should order their release. In December, a state appeals court ruled against a petition from the group, deciding that a 26-year-old chimpanzee named Tommy cannot be a legal person and enjoy human rights.

CANADA: MAPLE LEAF CANNABIS
As CBC explains, the Supreme Court of Canada ruled on June 11 that medical marijuana will be available to consumers — and not just in its usual dry form to smoke. The current restriction on dried marijuana is said to violate liberties "in a manner that is arbitrary and hence not in accord with the principles of fundamental justice." This decision confirms the ruling of a lower court in British Columbia, and is moving in step with the spreading cannabis legalization in the neighboring United States. 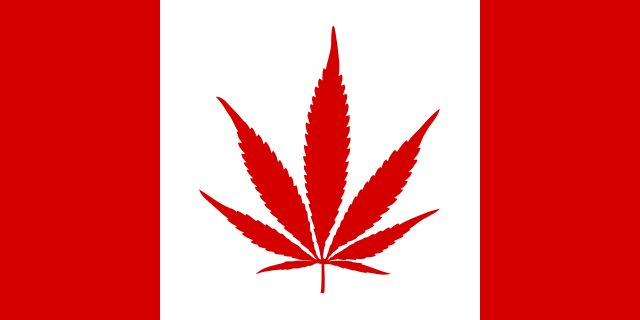