Pope Francis Reveals His Belief In The Power Of Art

VATICAN CITY — For Pope Francis, "a work of art is the strongest evidence that incarnation is possible." It is an idea expressed in his book "La Mia Idea Di Arte" (My Idea of Art), co-written with Italian journalist Tiziana Lupi as part of the Church's latest attempt to recover bonds with its traditional allies and tools of conversion: painting, sculpture and architecture.

The two have grown apart of late, as art has cozied up to the idol of money, Biblically known as mammon. Francis is convinced that art can be an effective tool for resisting greed, and one that serves social and ecological purposes while revealing the beauty people hold inside.

"I met the Holy Father last year," Lupi says, "after writing his biography Il nostro Papa. He called me to say he liked the book and ... and invited me to attend the morning mass at Santa Marta. [But] writing a book with him is something else, much more special than anything that happened before."

The project emerged from conversations between Francis and Lupi, with the participation of Argentine sculptor Alejandro Marmo, whom the Pope has known since his days as Archbishop of Buenos Aires. "Alejandro and I had first thought about writing a book on meetings with the pontiff," Lupi says. "Then we thought of including him directly, asking him about his ideas on art, which we hadn't thought of initially. That was how the book began."

The first part of the work is a brief essay on contemporary culture, wherein the Pope introduces the idea that essentially binds the entire book: We live in a culture of waste and exclusion. Francis cites statistics on youth unemployment, discusses hostility toward migrants and seeks to understand from that perspective those youngsters who decide to join groups such as ISIS to find a sense of belonging or identity.

The effects of poverty arrive right up to the Vatican front door. "The poor are taken out of the New Testament, nothing is understood," Francis writes. "Why should they not enter the Sistine Chapel because they cannot pay for an entry ticket?" 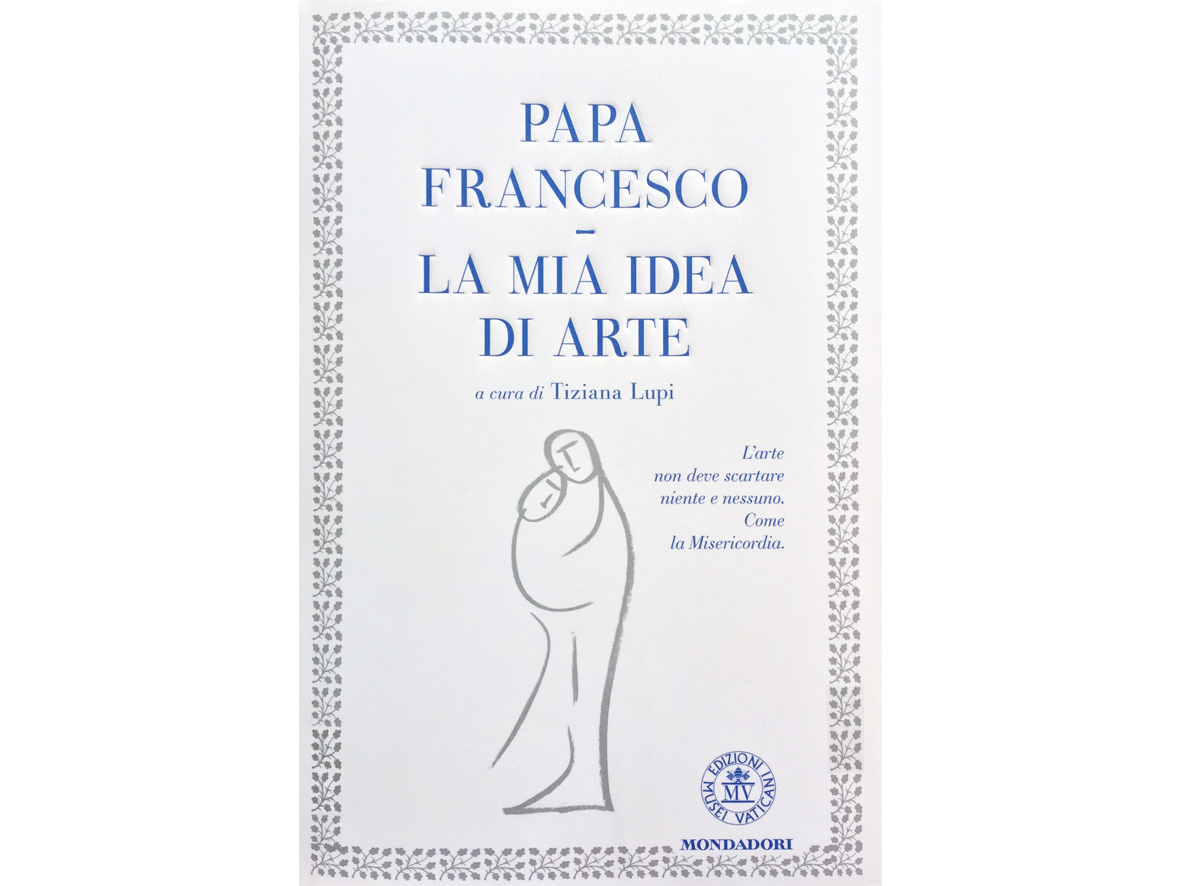 Francis says that Vatican museums should welcome new forms of art. "They are everyone's house," the Pope writes.

The second part of the book proceeds to use examples or works of art from all periods contained in the Vatican's collections to reinforce Francis' belief in the power of inclusiveness. Each "case" tells the story of an artwork that resists exclusion through creativity, and exemplifies inclusion and the good use of resources.

The chronology starts with the "Belvedere Torso," made by Apollonius, a sculptor of the Roman period. The work was forgotten for centuries and rediscovered during the Renaissance. It has no feet, arms or even a head, but Michaelangelo refused to restore it, believing that its imperfections could inspire future artists. Two other sculptures, "Mater Matuta" (an Egyptan goddess suckling a child) and the "Good Shepherd," exemplify for Francis how early Christian discourse used pagan cultures to forge its own iconography. The Egyptian deity — whose form is strongly reminiscent of Etruscan art — is an aesthetic precursor to the "Virgin and Child" model that punctuated the history of Western art.

The "Good Shepherd" — a youngster with a lamb on his shoulders — is a precursor of many depictions of Christ. The book continues with the Saint Peter Obelisk, the Raphael rooms painted by the famed artist and Caravaggio's "Entombment of Christ," which shows the impact of interplay between light and dark or the "eternal contact between the sacred and profane."

The most contemporary works of art are left to the end — for example, the little Renault in which Father Renzo Zocca would drive through Verona, where he began his social work project L'Ancora, which he later gifted to the Pope. Or Marmo's "Christ the Worker" or the "Virgin of Luján," made of scrap material recovered from Buenos Aires factories and made with the help of homeless children and workers of different districts.

Francis writes of Buenos Aires-based sculptor Marmo: "He is a bold person who believes in inspiration, in the possibility of caring for and curing a society injured by the indifference that prevents us from seeing the suffering of the excluded or hearing their cry of pain. I too learned from him."