Looking Back At Che Guevara, Rebel Icon — And Photographer

Included in a new exhibition in Rosario, Argentina — Che's birthplace — are images not just of the famous revolutionary, but taken by him.

ROSARIO — After celebrating Ernesto "Che" Guevara's 90th birthday last June, Rosario — the late revolutionary's birthplace — became the first city in Argentina to mount an exhibition of photographs on the legendary leftist who was famously gunned down in Bolivia in 1967. But what may be the most interesting aspect of the show, which runs until March 3, is that most of the 200 pictures were taken by Guevara himself.

The material on display includes some childhood postcards kept by Che's father following family trips around Argentina. The collection also reveals some less familiar facets of Guevara's trajectory. In 1955, for example, four years before he helped Fidel Castro lead the Cuban revolution, Guevara was a news photographer covering the Pan American Games in Mexico.

By then he had already traveled in many parts of the continent with his friends Alberto Granado and "Calica" Ferrer, as shown in some of the original pictures sent for the exhibit by the Centro de Estudios Che Guevara in Havana. "The character who wrote these notes died upon treading Argentine soil again," he wrote after a trip to Peru and Bolivia. "This aimless wondering through our America with a capital A has changed me more than I thought."

"There is a lot missing," says Pamela Gerosa, head of the Che Guevara Latin American Studies Center (CELChe) in Rosario. "Some things are lost and others couldn't be restored. Guevara also took many pictures when he was in the jungle during the Cuban revolution, and those we don't have."

CELChe helped curate the exhibition in coordination with the late revolutionary's older son, Camilo Guevara March, who agreed it should be displayed at Rosario's Center for Contemporay Expression (CEC).

Because the photos are originals, organizers have asked the public not to take pictures of them close up. The Che Guevara Center in Havana, for its part, has asked organizers in Rosario to ensure none would be reproduced. 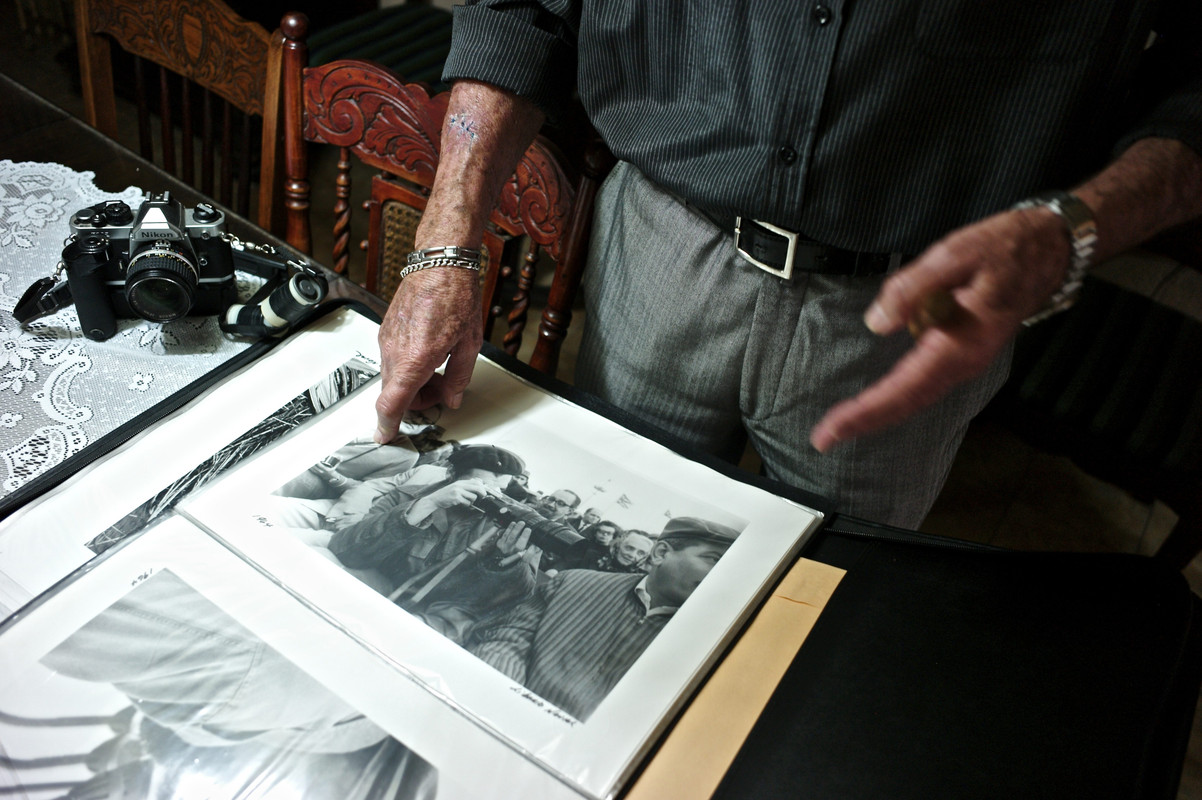 One picture Che took of himself in Bolivia, shown in the self-portraits section, reveals an aged and altered face bearing little resemblance to the youthful adventurer the world recalls, or even the political leader who passed through Uruguay in the early 1960s. CELChe says Guevara himself contributed to his family's archive, sending them photos from Havana as documents for a first part of his biography.

Over a decade, Che photographed landscapes ranging from Mayan ruins in Guatemala and Mexico, to temples in South-East Asia, the Tagus river in Spain and scenes in Egypt, India and Japan. Most of his Cuban pictures date from after Castro's victory, though few show his role there in that period. Rosario is now one of several repositories in the world of documents on Che Guevara, which are in turn part of UNESCO's Memory of the World Register.