The coronavirus pandemic is turning the factor sector upside down - Cottonbro

The pandemic has caused an overall drop in clothing sales. But is it also changing how we dress? External shocks have had an impact on fashion trends throughout history.

BARCELONA — Bell bottoms were worn in the 1960s and 1970s. Then they disappeared. They returned in the early 2000s, then disappeared again. And now they're back again, suddenly popular among teenagers. Does all fashion just go around in circles? Not always, and especially not right now, say experts.

That's because the coronavirus pandemic is turning the clothing sector upside down — in the short, medium and long term. There is talk of crashing sales and a fundamental break in dress codes. And in the midst of it all, there are a whole lot of leggings.

Acotex, one of Spain's main fashion retailing associations, observed an almost 40% fall in the sales of all clothes for men, women and children in 2020, as well as household textiles and accessories. Before the pandemic, these sales had declined by 2%, but fell 89.5% when the lockdown began. They recovered somewhat in June and August before sliding back to a 30% drop over the course of the year.

The changes, however, go beyond just the numbers.

La Vanguardia asked several experts, including Hazel Clark, a specialist in fashion history at New York's Parsons School of Design, about the scope of these shifts. She says the pandemic is causing a drop in sales as people buy simpler, more casual clothes to wear at home, and that when people are shopping for clothes, they're doing so online. Clark also suspects that when it's all said and done, we'll look back at this period as one of historic change.

Alessandra Vaccari, professor of fashion history at IUAV, an arts and design university in Venice and co-author of Time in Fashion, agrees. She believes the pandemic will "greatly influence the future chronologies of fashion," and that modern fashion history may be divided into pre- and post-pandemic phases, as private and domestic spheres gain social importance and earn themselves "a new public identity."

But it is not the first time global events have prompted momentous changes in fashion. Transparent bags became popular in the 1980s after a proliferation of terrorist attacks. Jeans became popular after the Vietnam war and the protests of May 1968. Christian Dior's 'new look' — with high heels, gloves and generous skirts — arrived after World War II, when textile rationing ended and, as the couturier said, there was a need for 'happiness.'

Fashion was forced to embrace austerity during World War II, after the glamor of the 1920s, the effervescence of art déco, and the Nazi bid to impose sartorial uniformity. After World War I, female clothes had become more masculine, for practicality's sake and to allow them to work in positions hitherto reserved for men. 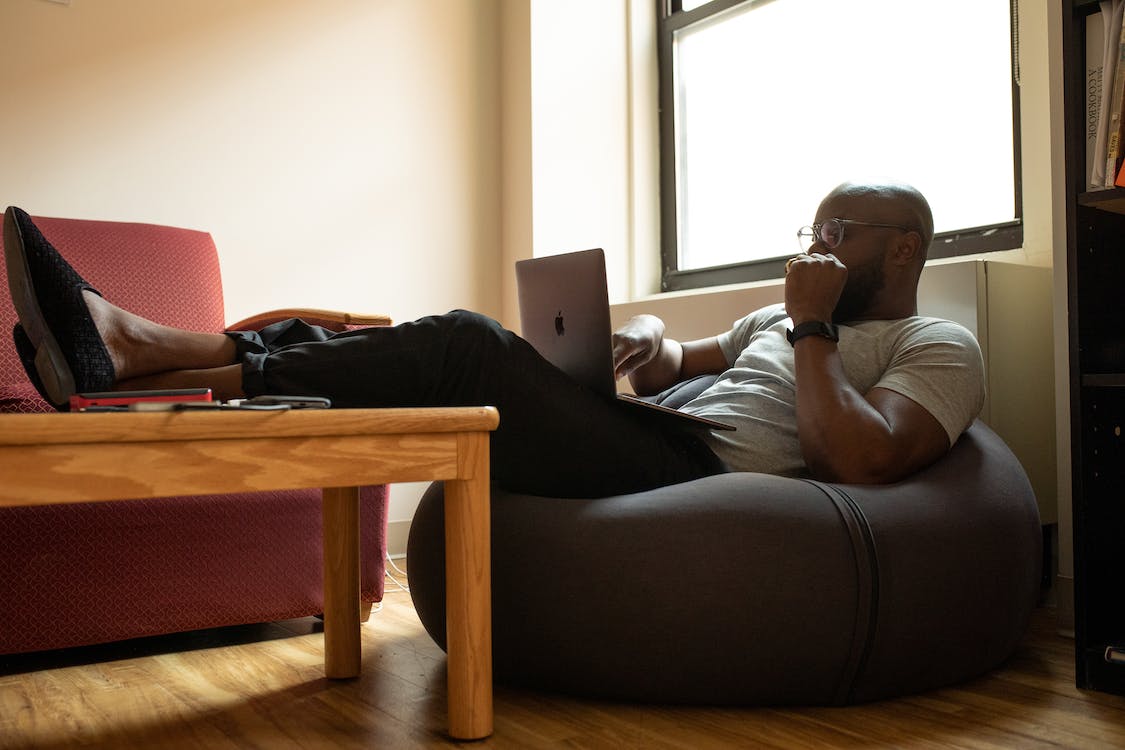 The current debate is about comfort, practicality and functionality — Photo: Nappy

More than a century before, the French Revolution put an end to old fashions and the citoyens, with their new rights and duties, decided to ditch the corset. Vaccari says feminine fashion immediately following the revolution "offers an excellent example, with the Directory's white, narrow dresses and elevated waistlines. They were so light as to be scandalously transparent. They were undoubtedly a historic leap, though the aim wasn't a new image. The intention was to revive the tunics of ancient Greece or Rome."

She says female emancipation expressed itself in the first decade of the 20th century with a revival of the Directory's fashions.

Clark says fashion may change in response to shock events, but a better way of looking at it would be to see it as a reflection of its time. La Vanguardia's fashion correspondent Joana Bonet calls it fashion's "aesthetic revenge" alongside historical crises.

The idea of the historic shock affects views on fashion historiography.

So does fashion revolutionize itself every time there is a historical shock? "It changes by definition," says Vaccari. "Without changes there would be no fashion."

But the idea of the historic shock, she believes, affects views on fashion historiography. Some think fashion simply follows history and is limited in its ability to forge historical change. Others see it as a transformative agent in history (it has a role for example in current debates on gender or sustainability). Finally, says Vaccari, there is the opinion that "fashion change is abstract or illusory and would not mix with history. According to the latter view, everything would change to stay the same."

The current debate is about comfort, practicality and functionality. Second-hand shops and online retailing are flourishing. Social networking sites set the tone. Bonet summed it up with a fact that is also an example: Loewe of Madrid has discontinued the tie, as there is little demand for them. There will be more such changes. Gucci's creative director Alessandro Michele wants to abandon the concept of seasons, and is cutting them to two a year.

Javier Casares, lecturer in Applied Economics at the Complutense university in Madrid, places it in a historical context that, from the point of view of numbers, would be evolutionary. In the 14th and 15th centuries in Europe, China or the Byzantine Empire, he says, fashion was essentially for elites and an expression of hierarchy. Only from 1850, he adds, did clothing "increasingly begin to fit people's wishes, not their bodily needs. In the period 1900-1939, ostentation and extravagance dominated, which was a big boost to the sector. From the 1960s, the unstoppable rise of youth fashion meant fashion's dissemination through the social classes." The permeation he says, is now sideways and geographical, as East and West increasingly dress the same way.

Current changes may thus become global in scope, with big distribution groups acting as their agents and catalysts. Inditex (Zara) has more than 7,000 shops in 202 markets worldwide. Clark calls it one of the world's main purveyors of fast fashion, and of "athleisure" or sports clothing used as casual wear.

This is already a trend in the fashionable districts of big cities like New York, Paris or Tokyo. The question is: Are the new fashions a sign of this particular time, or are they here to stay in a sector that generates 3% of Spain's GDP — a little below banks and insurance?

Welcome to Wednesday, where Democrats are on course for U.S. Senate control, Hong Kong cracks ...