A Mexican soldier is standing before a vehicle in which two men were executed by drug cartel members in Sinaloa, Mexico, 2012. - Louie Palu/zReportage/ZUMA
Alidad Vassigh
WORLDCRUNCH
2021-05-24

MEXICO CITY — Crime in Mexico related to gangs and drug cartels is believed to have shortened the lifespan of the country's residents, according to a new study.

The National Police report has found that life expectancy fell by one to six months in the five-year period beginning in 2005, as a veritable war began between the government and drug traffickers, Milenio newspaper reported this week. The report also found that life expectancy dropped six months to one year in 10 of the country's 32 states that are most affected by gang-related violence.

Violence in Mexico rose sharply from 2006 after the conservative president Felipe Calderón declared war on the cartels.

Though the report did not clarify whether crime had continued to cut life expectancy in the subsequent 10 years, the World Bank put life expectancy in Mexico at just over 75 years in 2019, confirming a decline from 75.3 years in 2005. The figure was just under 78 for the United States. In Colombia, another country that has grappled with crime, life expectancy rose steadily from 74 to 77 years between 2005 and 2019. 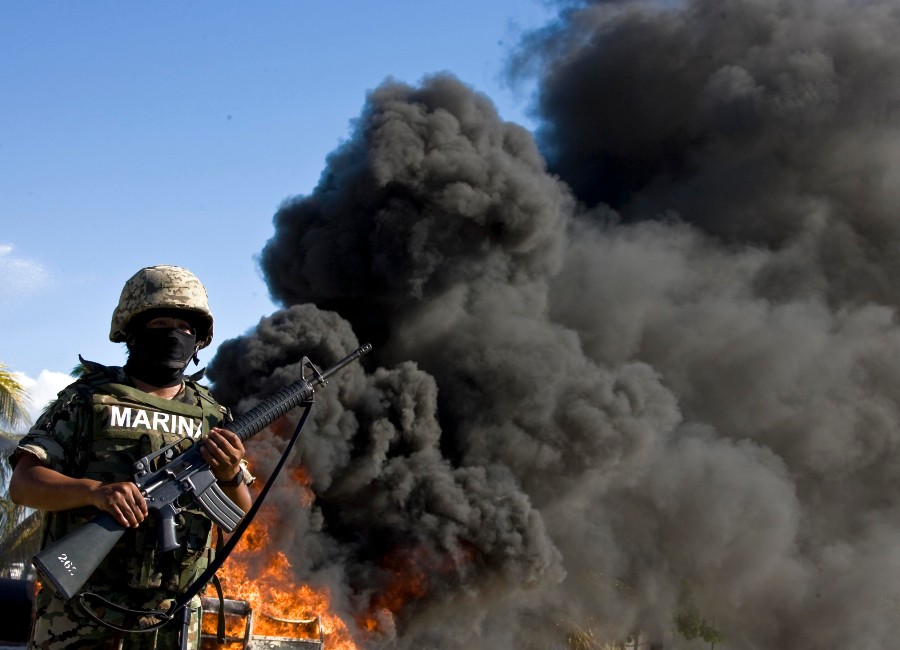 800 kilos of cocaine being incarcerated at a naval base in Yucatan, Mexico, in June 2009. — Photo: David de la Paz/ZUMA

Milenio cited a poll by Inegi, the national statistics office, that found that 40% of all Mexicans could hear "frequent gunfire" in their locality in late 2020, though this hovered around 75% in crime hotspots like the districts of Iztapalapa and Chimalhuacán on the edge of Mexico City. Likewise, while guns were used in only 15% of homicides in 1997, the proportion had risen to 69% in early 2021. The statistics office counted just over 17,000 criminal killings in 2020.

Violence in Mexico rose sharply from 2006 after the conservative president Felipe Calderón declared war on the cartels. His approach was criticized but several changes of strategy have yet to bring crime back down.

Mexican Riot Police Training Turns Into A Riot Of Its Own