Trump University isn't the only questionable American higher education institution. Other self-proclaimed universities are virtual scams, and China is a prime customer.

BEIJING — Until the 1990s, studying abroad had been reserved for the elite. But since the beginning of this century, and particularly since the financial crisis of 2008, going overseas for education, tourism or shopping has become increasingly common in China. Many students are now directly applying for undergraduate studies abroad, not first obtaining their bachelor's degree from Chinese colleges as has traditionally been the case.

According to data published in March by the U.S. Immigration and Customs Enforcement, out of 1.2 million international students in American colleges and universities, 353,000 are Chinese, making China the number one country of origin for foreign students.

But two problems lie behind this figure. Chinese students are likely becoming the accomplices of America's "Yeji universities" — the Chinese term for so-called "diploma mills." ("Yeji" means "wild chicken.") And these youngsters are unlikely to be integrated into America's mainstream society, and will instead remain isolated.

In America, the opening of schools is based on a system of registration. Anybody is free to run a school, and colleges are certified by civil institutions. According to the Constitution, each state government is responsible for the approval and registration of various types of higher education institutes.

Typically, American colleges and universities are not only legal but most are also accredited by a list of six regional accreditation organizations. The so-called Yeji colleges are, instead, unaccredited. Many of these colleges are effectively just a postal box address. In certain U.S. states, educational institutes are just like any other consumer good and are market-driven. Whether American or not, one can complete the entire process to open a college by paying $6,000 of intermediary fees, and by registering the university as a company.

As such, it is legal to run a Yeji college. It is only a violation to issue unaccredited diplomas and use them to apply for a job.

Yet, due to the fact that many Chinese are xenophiles, mills churning out so-called bachelor's or degrees like the MBA, executive MBA or Doctor of Business Administration have mushroomed. And whether or not these diplomas are junk, candidates with these certificates in hand are often popular with Chinese firms. 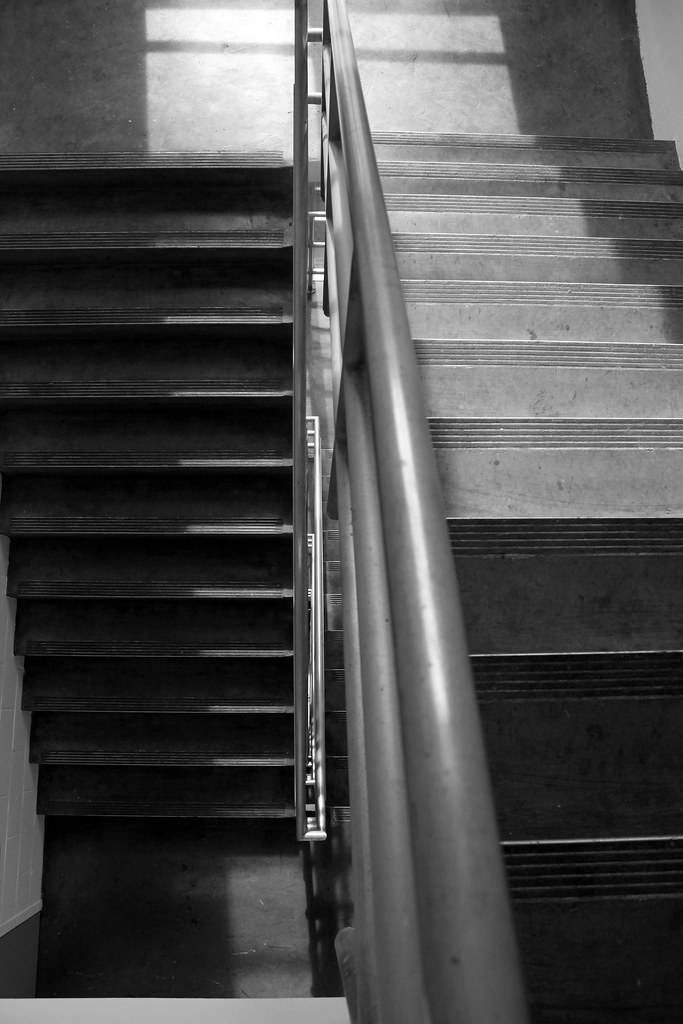 Stairs to nowhere? — Photo: Will Fisher

America has more than one thousand of these diploma mills accounting for more than half of the world's total. And according to some estimates, 95% of these fake diplomas are sold to the Chinese. They find their way to three types of clients: those deceived by intermediary agencies promising overseas study, those who go abroad to pursue a legitimate degree but couldn't manage to obtain it, and the ones who voluntarily buy junk diplomas. The third category of people is, in general, made up of older people working for China's state-run enterprises. They buy these fake diplomas mainly to get promoted.

In recent years, some of these diploma mills have tied up with international education agencies to set up teaching points directly in China. They invite famous Chinese professors to be their figureheads. Numerous Chinese education agencies provide support to sell their fake diplomas. This complete "one-stop" industrial chain employs as many as 100,000 people.

One of China's catchphrases over the past two years goes like this: only the rich can afford to compete. Many people blindly follow fashion and love trying to outdo their friends. Parents thus force their offspring to go abroad just because their friend's children do so. Such "democratization" of overseas study naturally results in students with a rich dad or mom going to a foreign university or, at the very least, buying a fake diploma. Those who don't manage to buy the fake diploma call such foreign trips a "study tour" and comfort themselves that they had "spent money in buying experiences."

A lot of Chinese students don't master enough language skills to adapt to life in a new country, and end up sticking solely to a circle of Chinese people and speaking only Chinese.

Thus it is no wonder when you begin to encounter youngsters who are supposed to have studied abroad for quite a few years but don't really know anything. Not only do they return home without speaking a foreign language, they also struggle to find simple jobs. All of this actually says much about the current state of China's education system, but, perhaps, even more about the state of mind of Chinese parents.

*The author is director of the Finance and Securities Institute at the Wuhan University of Science and Technology.