Female Condoms: A Way For African Women To Take Power

Designed in the 1980s to protect against sexually transmitted diseases and unwanted pregnancies, female condoms are now increasingly available throughout Africa. And the world.

CAPE TOWN — Just out of her car, Nomaxhosa Pendu gathers a small group of women in a street in the township of Mfuleni, a suburb of Cape Town. "You've all heard about the female condom, right?" she asks. The women nod half-heartedly. The health worker inflates a plastic cube with a hole in the middle to get the demonstration started. She pulls out the condom with the two rings and inserts it into a model of a vagina. "First, always check the expiration date. Then, settle down in a comfortable position, relax and there you go, just insert it!"

The female condom, which first appeared in South Africa more than 20 years ago, is working wonders for different reasons in the continent's largest market for this product. Every year, the government distributes more than 40 million units, free of charge, to hospitals, university campuses and communities. South Africa has the world's largest HIV-positive population, with nearly one-fifth of adults aged 19 to 45 infected. The government provides 80% of the funding for the fight against AIDS and condoms remain the preferred method of prevention. They also work against other sexually transmitted diseases and early and unwanted pregnancies.

With a female condom, you are more independent.

"The good thing is that the female condom brings much more pleasure to both men and women. And it's not made of latex, so no strange noises during intercourse," continues Pendu while some in the audience giggle with embarrassment. A home-based health worker, she travels daily from house to house to take care of patients with chronic diseases, but also provides HIV prevention advice. "Some women, usually the older ones, don't want to hear about it, so I'm mainly targeting young people," she says.

A 22-year-old girl, Nomgaso, with a baby in her arms, says she knows how to use it but has never tried it. Another woman, Nobuthle, who is 33, replies: "With my boyfriend, we alternate: once the female condom, once the male."

Someone then asks Pendu if they can keep it in all night. "Don't," replies the health worker. "Every time you start again, you have to change the condom."

The advice is valuable to these women. Statistics are clear: Women are more likely to be infected with HIV than men. Because the use of the male condom often depends on the men's good will. "I tell women: With a female condom, you are more independent, it's your choice, and you are protected even if your partner goes elsewhere," says Pendu. If necessary, women can even insert it a few hours before intercourse. 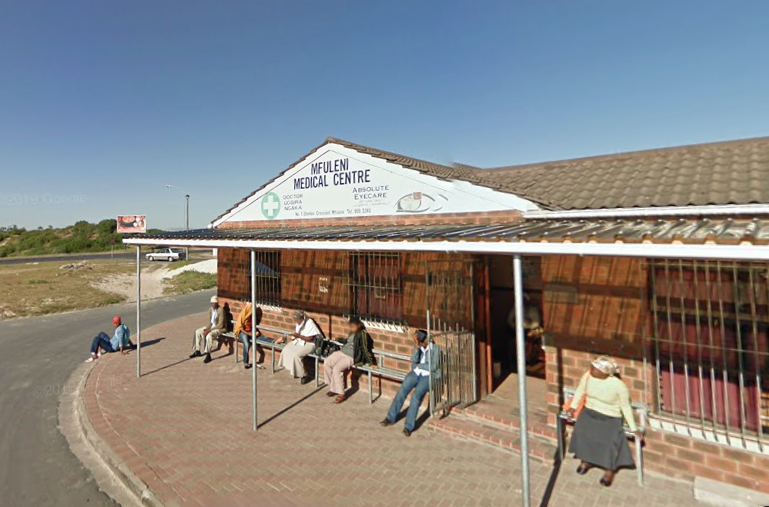 Invented in the mid-1980s by Denmark's Lasse Hessel, who died in April this year, the female condom was produced on a large scale a decade later by the Female Health Company (FHC), an American social enterprise that was the only player on the market until 2012. "It took us several years to get the green light from the Food and Drug Administration," says FHC chief Denise Van Dijk.

First made of polyurethane, this product was later made out of nitrile, a cheaper material, and is now available throughout the world. African governments and partners such as the United States Agency for International Development (USAID) or the United Nations Population Fund (UNFPA) are its main buyers. In total, FHC sells between 40 and 100 million units per year, at prices ranging from $0.30 to $0.50 — a rate that tends to go down as new competitors enter the market.

Women are also asking for more.

Indian company Cupid, already a producer of male condoms, decided to market a product for women in 2012, with a soft ring and a sponge to facilitate insertion. "We decided to make a commercial bet and take a financial risk. Seven years later, it is a success because we have met women's demand for an affordable product and we are quite profitable: we are fully recovering the investment we have made," says Om Garg, Cupid's CEO.

Over the past five years, Cupid has sold 60 million female condoms in more than 40 countries worldwide. During a 2014 tender, the South African government bought 80% of its female condoms from Cupid. Today, the company plans to double its production, which currently amounts to 25 million units per year. An additional manufacturing line has been installed at its factory near Mumbai.

The market outlook is impressive: Kenneth Research, a consulting company, estimates the overall growth rate for the female condom market over the 2017-2023 period at 15.55%. Unfortunately, "the supply of female condoms is not always accessible or affordable, which hinders efforts to promote their use," according to Rutgers, a Netherlands-based center of expertise on sexual and reproductive health and rights. They advocate for more political and financial commitment from governments, donors and health agencies on female condoms.

Back in Mfuleni, women are also asking for more. Before leaving, Pendu hands out a condom to each attendee. "Just one?," complains Nobuthle with a hearty laugh. "But it's Friday! My man's coming and that's never gonna be enough!"

Like the entire story of his life, Nelson Mandela's release from Victor Verster Prison exactly ...

Gandhi, A Singular Guide For MLK And Civil Rights Movement

At the 150th anniversary of the Indian independence leader and philosopher of non-violence, looki...