MUNICH — Artists are now using anti-Semitism and Islamism to shock, and that's not surprising. But if both listeners and rappers started to finally take music seriously, this could change.

Since Germany's top music prize, the Echo awards, honored the rappers Kollegah and Farid Bang, there has been a misunderstanding that both sides of the debate have somehow agreed upon: that anti-Semitism is part of hip-hop culture. Some intend it as criticism; others want to defend the two rappers. But no matter how you mean it, it's bullshit. Too many who are now talking and writing about the issue have no idea what rap is, to begin with.

In German rap, anti-Semitic content became visible only with the rise of rappers such as Bushido and Haftbefehl, around ten years ago. Kool Savaş, who started in the 1990s and is a pioneer of battle-rap in Germany, raps transphobic, homophobic and misogynist lyrics, but has never used anti-Semitic words. One might ask why so few have been upset about his words. But one thing is certain: The claim that anti-Semitism is part of rap is simply not true. This trend is relatively new.

It was born and grew because rap was a relatively unnoticed genre for a long time. In Germany, it was also considered to be the music of the lower classes and adolescents. This lack of interest from the public allowed the formation of a semi-criminal parallel community with its own "code of honor" — or at least one that pretends to be criminal, because that belongs to the bad boy image and offers street credibility. Much of it was and is only for show.

In recent years, the Echo awards have shown how rap has become a mass-market genre. What started out as a niche now reaches an audience of millions. The wider public is half-fascinated, half-disgusted by this strange alternative environment. It must be noted that the supposed street credibility of a rapper is also linked to whether he or she comes from an immigrant background, preferably a Muslim one.

The provocation must come in new ways, and reach new extremes.

But how did it come to now produce lyrics like "My body is more defined than those of Auschwitz inmates," with a tastelessness that's hard to beat? Obviously, for the Bad Boys it's no longer enough to "f*ck hookers and mothers" and "fill themselves with coke," rap texts, it seems, now have to embrace anti-Semitism, Islamism and conspiracy theories in order to catch the attention of their target group. What better way to shock the young buyers and middle-class white men who sit in the record company offices, ready to pay such artists a lot of money for music productions and videos. Maybe they want to be a bit of a gangster themselves, as German actor Moritz Bleibtreu suggested.

The provocation must come in new ways, and reach new extremes. Bushido, for example, relates to Osama bin Laden and identifies with the suicide pilots of 9/11. After the massacre of Charlie Hebdo he put a picture of himself in the sweater with the inscription "Paris" on the net. That suits extremists, not rappers. 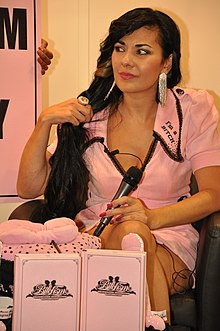 The neo-gangsters from Frankfurt and North Rhine-Westphalia have managed in recent years to again make woman the object of their degrading lyrics. The arguments that one hears defending misogynist rappers are now used to brush aside allegations of anti-Semitism: First, rap only depicts society; secondly, only the musical ego is speaking here, not the private person. Both arguments fail to take rap seriously enough and underestimate its influence.

Rap is indeed art, but art shapes society. Art can and should be political. In anti-Semitic rap, a societal problem becomes clear: From record labels to hip-hop journalists, many worry too little about what's actually "cool" and what's problematic. The subculture does not discuss its blind spots, but repeats and runs over its own image more and more. But we need to talk about anti-Semitism as well as Islamism, female contempt and homophobia. The best way is to talk about it with the artists themselves, but critical hip-hop journalism is currently almost non-existent.

Neither anti-Semitism nor sexism and homophobia belong to the rap scene per se. Rap, like any art, is what the artist does with it. So, guys, stop playing down your lines! Become political, the way it truly belongs to rap. Public Enemy's Chuck D once said rap was "the black CNN." So where are the voices of the artist-as-cool-social-critic? Thoughtful Muslim rappers? Why don't they get heard by the record companies?