Play is a fundamental part of childhood development. But when it comes to toys, as one nursery in Bavaria has shown, there's something to be said for moderation.

PENZBERG — No clutter. No model railways, no toy trucks, no dolls, not even crayons. For 12 weeks, children in this state-run nursery in Penzberg experience what adults would term minimalism. Every morning, the kids, aged 3-6, come in and find tables, chairs, cushions and plates laid out. Outside there's a garden. Except for the other boys and girls, there's nothing else.

Once every three years, the nursery in this Bavarian town has three months without toys. It's a tradition that goes back 30 years. So how do the children and their nursery teachers find it? "In the first month, it gets very, very loud," says Tamara Eberl, the nursery's deputy director. "In the second month, they start to make up very creative games. And in the third month, we see the children that are usually shy suddenly find their voices, and the loud children become calmer."

Three months without toys is a very unusual prospect for a modern, Central European child. Ten years ago, British researchers found that the average child has 238 toys. It seems reasonable to assume that the number is even higher today. But what effect does this huge number of toys have on children?

Researchers across a wide variety of disciplines agree that play is essential to children's development, and that it's a biological constant. It's not only humans who play; this behavior has also been observed in animals such as elephants, dolphins, dogs, wolves, cats and crows.

"Play is our way of entering into a dialogue with the world, of testing out our relationship with it," says Jens Junge, director of the Berlin Institute for Ludology, the academic word for the study of play. "I would go so far as to say it is a training camp for life."

That is why experts such as Junge speak of homo ludens. Humans have played for as long as they've existed. The oldest known toy — a lion-man figurine found in the Lone Valley — dates back to an 40,000 years ago. Neurobiologists even claim that play was a decisive factor in humanity's development, that it laid the groundwork for our capacity for abstract thinking.

The average child has 238 toys.

"Adults continue to play, usually when they're thinking. They've simply changed the way they play. Instead of playing children's games, they play in their minds," writes neurobiologist Gerald Hüther in his book Save Play!. All of human culture, from music to art, is simply a series of more and more beautiful and complex games. So it's no surprise that parents intuitively overload their children with toys.

The problem, however, is that in this case, more is not better. Studies show that having too many toys has a negative effect. If children are presented with too much choice, they find it harder to concentrate. And as a result, their games are less creative.

In a much-cited U.S. study from 2018, researchers put children between eight months and two and a half years old in two separate rooms. In the first there were four toys, while in the second there were 16. In the first, relatively empty room, the children played for significantly longer and in more imaginative ways. In the room with 16 toys, they flitted from one to the next and played in a superficial way. The conclusion, the researchers wrote in the journal Infant Behaviour and Development, is that as children learn how to concentrate through playing, it's better for their development not to give them too many things and overwhelm them.

"Between three and seven toys is sufficient for children from three years old," Junge agrees.

Younger children don't need toys in the strict sense of the word; for them, it's enough to have objects with different surfaces and textures.

"When parents notice that their child no longer calls a toy by name, then it can be put away in the attic or given away," says Junge, the reasoning being that if we don't name an object, we don't identify with it. He also notes that when it comes to Christmas and Easter presents, parents should talk to friends or relatives about what to give.

"They should think carefully about what will suit the child and what they'll enjoy," he says.

For the instigators of the "toyless nursery," what's important is how taking the toys away affects the children. "We still want the children to play, but in a more independent way than usual," explains multimedia-education expert Rainer Strick, who developed the idea with colleagues in the early 1990s, as a way of preventing addiction.

Since the 1980s, researchers have known that pressure and deterrents don't stop addicts from using: "It became clear that so-called life skills were the decisive factor: self-worth, being able to deal with frustration and conflict, and above all, self-reliance," says Strick.

Children learn these skills through interacting with the world, and with themselves. Neurobiologists note that people lose their sense of fear when they're playing. 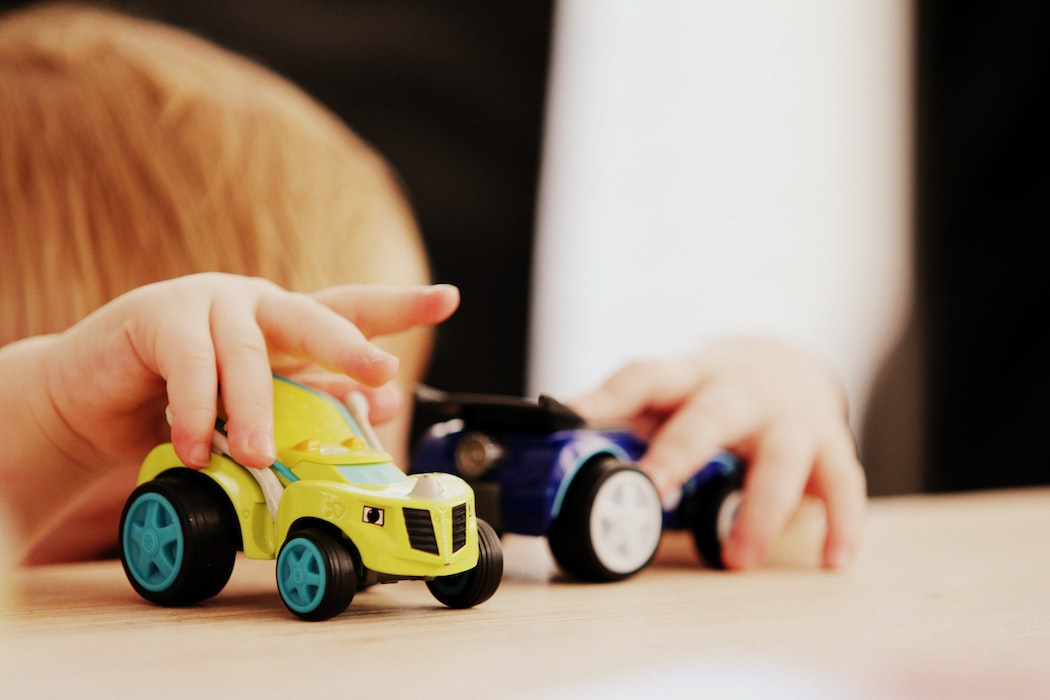 "Without fear, all the neural networks that are needed to meet the demands of the game are activated at the same time," writes neurobiologist Gerald Hüther. This is how new neural pathways in the brain are formed.

Modern toys are often too elaborate. This means they encourage children to use them in a specific, prescribed way — so children don't activate their creative neural networks. A child sees a doll and dresses it up, sees a toy truck and uses it to shovel dirt. Another issue is that, in schools and nurseries, staff often show children how to play with toys or solve problems.

"If a child never has the experience of overcoming a problem themselves, thinking something through or even being bored, that means they don't develop important life skills," Strick explains.

For the nursery teachers in Penzberg, one experience sticks in their memory: During the period without toys, some of the children wanted to build a wigwam in the garden. They collected sticks and assembled them into a cone, which kept falling over.

"It took three hours until the children decided to put a rope around the top of the wigwam to hold it together," says Strick. "The children had an unbelievable sense of success at the end. But you should have seen the nursery teachers during those three hours. They could hardly stand it."

Indeed, adults find it difficult to just let children get on with things.

A neutral doll sparks the imagination

Nurseries across Germany, Austria, Switzerland, the United States and Turkey are following the Bavarian example and going toyless. Children and parents have to be well prepared for the change.

"We put the toys in a chest and send them on holiday for three months," says Tamara Eberl.

Nursery staff and teachers say the experience has been good. "Migrant children especially make good progress with their language skills during this time," Eberl explains. "They can't hide behind toys any more. They have to talk to the other children."

Modern toys are often too elaborate.

Whether these children will be more resilient in the long term, and less likely to suffer from addiction, remains to be seen.

Other education experts also recommend a small range of meaningful, age-appropriate toys. And they agree that at least one of these should have the potential to be used in more than one way. "If you give a child a neutral doll, that gives them more of a chance to use their own imagination," says Wiebke Waburg, professor of pedagogy at the University of Koblenz.

Waburg has also researched the effects of gender-specific toys. In a study with play pedagogy expert Volker Mehringer, she asked parents how their child's gender influenced the toys they chose for them. Parents of girls said it was important that their daughter also played with toys that weren't stereotypically feminine. Parents of boys didn't see it as important that their sons played with dolls or other stereotypically feminine toys.

"For children, playing is a way of practicing life," Waburg explains. "They identify with their toys, so you shouldn't make them conform to strict gender roles from early childhood."

For a book on the state of ludology research, Waburg and Mehringer have sought to establish a definition of "good play." All scientific theories have three points in common: play doesn't have an aim; it's voluntary; and it's fun. That is borne out by neurobiology.

Hüther says that humans only reach their full capacity when engaging in aimless play. Good ideas don't come when you're sitting at your desk. They come when you're in the shower, half asleep, or playing tennis. When you're relaxed and having fun.

Parents who want to support their children's development should bear this in mind. Don't give them too many toys, or ones that must be played with in a certain way. Choose toys that are appropriate for the child's age. And above all, just let them get on with it.