Some studies have shown a stronger "male bias," for example with words that are typically associated with men, such as pilots, soldiers and terrorists. - Nicholas Jeffries

There's a fundamental flaw in the case being made against certain grammatically gendered nouns.

BERLIN — Not too long ago, the Frankfurter Allgemeine Zeitung published the following sentence: "60.5 million citizens are eligible to vote in the German general election." It wasn't, perhaps, the most exciting sequence of words. But at least at first glance, there's also nothing particularly objectionable about the statement.

And yet, for one particular group, the sentence was highly offensive. Why? Because it contains the word "citizens," which in German is a masculine noun — and thus implies "men." So argue proponents of gender-inclusive language, who point to a whole array of psychological research.

The emphasis on these studies — in university guidelines on "gender-inclusive language," in newspaper articles and statements from moralizing linguists — is astonishing. And it is astonishing because the results are by no means conclusive, and the hypothesis they appear to support is hardly credible.

First, the claim that sentences which include references to people create "an image in our minds" is contrary to all experience. In many cases, the emphasis is on abstract information. In the case of the "60.5 million citizens," for example, it hasn't been scientifically proven that we always picture concrete characteristics — such as biological sex — when people are mentioned. In fact, it seems highly unlikely.

If we hear "the spectators applauded," most of us would probably imagine a diverse crowd. The same goes for "the demonstrators gathered in front of the parliament building." And when it comes to daily life, if someone tells their boss that they need to "see the doctor urgently," most people would be concerned, but would not picture a specific doctor. Someone saying "I feel like Italian" is thinking about pasta and wine, not a man from the Mediterranean.

Campaigners for gender-inclusive language will say no one is seriously claiming that we always think of men when we hear words such as citizens, teachers or demonstrators in their grammatically masculine form. But they will say it's been proven that we usually do, and that's why they are calling for gender-inclusive language, which in German can mean either using both feminine and masculine forms of the noun or adding the suffix *innen to show that both men and women are meant.

But even this tendency to interpret these nouns as referring to men is far from proven. There are many reasons to doubt it, and many linguists do.

It would be false to claim that generic masculine nouns never make people think of men, but it doesn't happen as often as we think. Research has shown that it depends on a wide range of linguistic and non-linguistic factors. And the main criticism of these psychological experiments is that they usually don't take these significant factors into account.

The context, syntax and relative frequency of masculine and feminine word forms, and whether they are nouns or adjectives, plural or singular, all play a role — along with stereotypes — in whether we understand words to be referring more strongly to men.

A 2012 study of Dutch and German native speakers showed that the plural form was especially significant, with 97% of plurals being understood as gender-neutral by German speakers. When it came to nouns that describe people's roles, such as pupils, spectators or inhabitants, it was 99%. Even careers that are often seen as stereotypically masculine, such as doctors, politicians and actors, were understood as gender-neutral 94% of the time. In other words, no one thinks only of men when they read about "60.5 million citizens."

According to researchers, context is everything when it comes to interpretation. It makes sense: "Israeli researchers have developed an artificial hand" will naturally have different associations from "Anna and Jan are researchers."

But studies don't take that into account, as they usually conduct their research in a single context or limited contexts. Some tests don't even use words in typical, everyday sentences. For linguist Gisela Zifonun, it's clear that "these kinds of tests don't tell us anything about whether the generic masculine is generally associated with biological sex."

Ewa Trutkowski, another language expert, agrees. She says there are no studies that investigate the various associations that a word might have in the context of different sentences. This shows "what thin ice" the proponents of gender-inclusive language are on when they point to existing experiments.

A third linguist, Franz Rainer, argues that the tendency to interpret the generic masculine as referring to men (male bias) is usually small. Once you add in the context, he says, there's "almost no bias left."

Stereotypes and role models are also an important factor, but philosopher Philipp Hübl says their influence is not taken into account in most experiments, which throws the validity of their results into question. 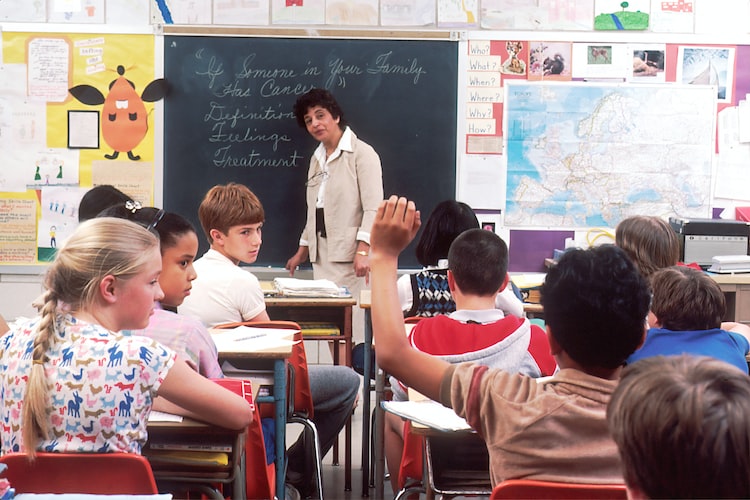 Women's rights has made great leaps in Germany while the generic masculine is still in general use — Photo: National Cancer Institute

Tomas Kubelik, an expert in the German language, notes that the way questions are phrased prompts participants to think in terms of biological sex. Gisela Zifonun says that in some tests, the words used have an obviously masculine interpretation.

What all of this suggests, as Tomas Kubelik says, is that these studies don't qualify as objective research. They're being done, rather, to establish a specific result.

It's also interesting how doggedly the proponents of gender-inclusive language insist on referencing these studies, even when they show the effects of gendered language to be modest at most. For example, in one of the oft-quoted experiments, participants were asked to name 12 celebrities: three sportspeople, three singers, three politicians and three television presenters. When the question used the generic masculine, participants named on average 2.4 women. When it used both masculine and feminine forms of the nouns, this only rose by 0.3, to 2.7 women. And when it used the form with the optional female suffix *innen, it was still only 4.7 women.

Other studies have shown a stronger "male bias," for example with words that are typically associated with men, such as pilots, soldiers and terrorists. But it's clear that in these cases, the grammatical gender isn't the cause. Speakers of Turkish, Hungarian and Japanese also mainly associate these words with men, although these languages don't have grammatical gender. Society and stereotypes are the influence here.

Still, society is changing, and as it does the "pictures in our minds" change with it. Since 9/11, German people mostly associate the words terrorists with Middle Eastern men. But if we go back 25 or 30 years, when Germans heard the word terrorists they pictured Andreas Baader, Ulrike Meinhof, Gudrun Ensslin, Irmgard Möller, Klaus Jünschke and Elisabeth von Dyck — both men and women.

As more women start flying planes, and as more female pilots appear in films and TV series, the associations of the word pilots will adapt to this new reality. If most women still prefer to pursue other careers, then perhaps associating the word pilots with men isn't necessarily unfair.

Language does not shape consciousness

All these studies are not enough to justify these calls for gender-inclusive language. Those who refer to them rely on a flawed assumption that language creates "images in the mind." They ignore the weaknesses in many experiments and the fact that the generic masculine is understood as gender-neutral when used in newspapers, TV news and daily life.

But above all, they ascribe a power to language that it doesn't possess. It's false to assume that using both masculine and feminine forms will encourage young women to dream of careers as pilots or engineers. There has never been an instance of grammatical rules transforming the general outlook in society. Changing the language does not reduce prejudice or correct social inequality.

Although there is still progress to be made, the fight for women's rights has made great leaps forward in Germany while the generic masculine is still in general use. It has come further than in many countries where the official languages don't have any grammatical gender.

The generic masculine is not the scourge that these flawed studies accuse it of being. Nor does "language shape consciousness," as advocates for gender-inclusive language insist. That, above all, is the fundamental flaw in their arguments.