The COVID-19 crisis has upended normal routines and led some young Haredims to drop out of school, experiment with drugs and distance themselves from family.

BNEI BRAK — Neighbors discovered the plump, 16-year-old boy out out behind their building in Bnei Brak, the capital of Israel's ultra-Orthodox Jewish community, the Haredim, meaning those who "tremble before God." He was sleeping on an abandoned office chair.

A video of the boy — we'll call him Gadi, for the sake of discretion — circulated from neighbor to neighbor until it reached Tova Bouriya, an ultra-Orthodox mother of Yemeni origin. As the head of the association Tov Ba'lev, she keeps her door open to teenagers on the street. Bouriya then contacted Gadi's grandfather, an influential Sephardic rabbi, who made it clear that he is disowning the boy.

"His father is constantly angry with him," the grandfather explained. "Please take him."

Gadi smoked cannabis. The eldest of four brothers, he had been expelled from four yeshivot, religious schools. In modern, secular Israel, people don't banish a child for that. But such punishment is not uncommon for the Haredim, rebels against the rules that govern the world.

At Tova Bouriya's house, Gadi spent three days, confused and disoriented, surrounded by girls with pierced tongues and tattooed skulls. Since then, he has joined Rabbi Yeshiel Peretz's Haredi boarding school, which prepares lost children for military service far in the north, in the wilderness of the Golan Heights.

From there, Gadi sends videos of himself with farm animals. On the phone, he says that his grandfather "is happy to have found a solution that suits them all." He says that for his family, the most important thing is that he's far away and no longer in communication with his brothers.

In recent months, there has been an increasing number of cases like Gadi's among the Haredim, a community of about 1 million people (12% of the Israeli population) united by faith, destitution and fear of the outside world.

Under normal circumstances there is always a parent, a rabbi, a teacher or spiritual advisor and, of course, neighbors to make sure that teenagers do not deviate. But the COVID-19 crisis and two quarantines — in the spring and now in the fall — disrupted the seemingly immutable course of their lives.

Religious schools and synagogues closed for long periods, as did prayer groups and ritual baths. It became difficult to gather around rabbis. Small weddings and religious celebrations had a sour note. Left to their own devices, young people became bored. From there they brave the forbidden unknown; they venture onto the internet and discover many things.

Since March, the Hillel association, which helps ultra-Orthodox who have broken with the community, has recorded a 50% increase in requests for assistance (500 requests in the year). There's been an increase too in the number of young orthodox people joining the army, which most of the rabbis detest.

We have two battles to fight. The large one, the most important, is the one we must fight for the Jewish soul.

Pinchas Friedman, a Jerusalem-based rabbi, has also noticed the upward trend in young people turning away from their Haredim families and schools. "At the end of the summer, we saw a large number of boys and girls from the best communities not returning to their places of study," he says.

Rabbi Friedman believes that when it comes to the Haredim, the self-isolation is a greater risk than the coronavirus itself. "We have two battles to fight, one small and one large," he says. "The small one concerns the affairs of the body and mental health; the large one, far more important, is the one we must fight for the Jewish soul and spiritual affairs."

Haïm, a modern boy who rides a moped in jeans and a T-shirt, is a case in point. He ran away from his yeshiva at the beginning of the first quarantine in March, along with about 30 of his classmates. The institution, ordered by the state to close its doors, was trying to keep its best students, the good eggs, letting the rest fend for themselves.

The first concern for deserters is financial security. In Haïm's case, he started off earning a small income by repairing bicycles. Since then it's been a real adventure, he explains. 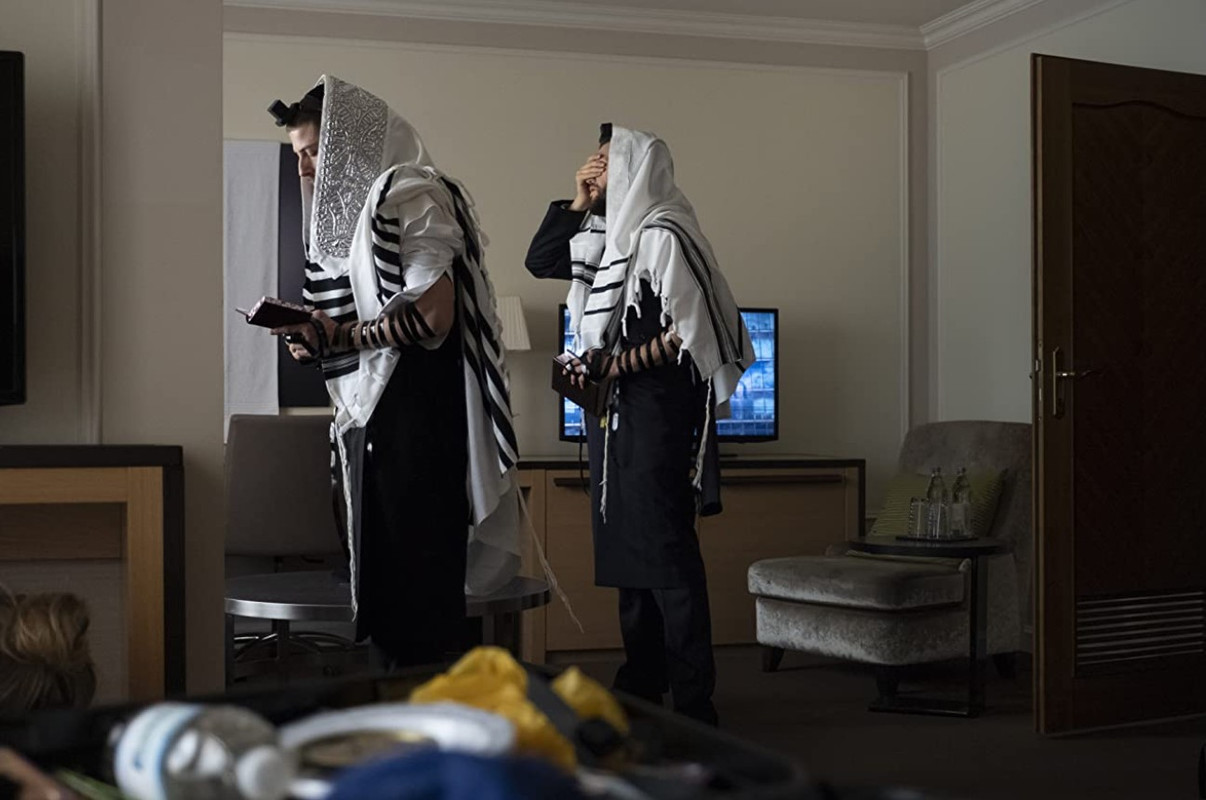 Several of his friends were caught by the police selling cannabis on the street, and some have been recruited by drug dealers to transport cocaine and ecstasy to southern Israel. With their black jackets and student hats, they don't attract attention, making them ideal drug mules. Others rob empty houses in Bnei Brak on Shabbat nights, when the phones are off and neighbors can't call the police.

In recent months, ultra-Orthodox newspapers have been reporting on the crimes and violence attributed to these "troubled youths," but not without a certain amount of exaggeration. On closer inspection, the Haredim cities and neighborhoods still have a ridiculously low crime rate.

For Yom Kippur in September, Haïm went with a dozen friends to the Sea of Galilee, where they rented a cabin. He respected the fast, but smoked weed until late at night. There were girls and boys. "Some made love, but not me," he says, anxious to remain "pure" until marriage.

For months, his mother has ignored him when they meet in the family kitchen. She is "cold," he says. His father is more understanding. He wasn't born a Haredi, but chose to become one, and recently convinced Haïm to join a more "flexible" yeshiva: They wake him up there with music, long after sunrise.

COVID-19 produced a moment of choice

At the end of October, as Israel began to shut down again, the Haredim reopened their elementary schools. Never mind if the pandemic comes back to their cities, the country's main "red zones."

"Quarantine is a noose that tightens around the necks of many rabbis," says Abraham Dov Greenbaum, a journalist at the Hassidic weekly Haderech. "It is better, according to them, that all people get sick and that those who must die, die."

For secular society, this was one provocation too many. The editorialists deplore the absolute dependence of Prime Minister Benyamin Netanyahu on the ultra-Orthodox parties: He cannot force them to fall in line. Never has the conflict between Haredim and secular or conservative Jews been so acute.

"COVID-19 produced a moment of choice," says Yaïr Haas, president of the Hillel association. "Those who break with the community today are appalled by the immense efforts it takes to keep them within it. They already had doubts: the pandemic opens their eyes."

This is the case for Nati, a handsome 20-year-old, delicate and sure of his choices, and who lost his faith a year ago. Like his parents and 11 siblings, he was born into a discreet branch of a large Hasidic family that does not vote and refuses all state aid.

"I wanted to leave my people, but I didn't have the courage. I had no money," he says. "I decided instead to wait and prepare myself."

At Hebrew University in Jerusalem, Nati is learning the basics in English and math, subjects excluded from the yeshivot. "I was an ignorant person," he says. Stuck at his parents' home during the first quarantine, his determination was increased tenfold. In June, he took advantage of a trip by his relatives, who had gone to London for the marriage of an elder sibling. He settled in a shelter financed by the Hillel association in Jerusalem.

Nati worked all summer in the buses of the Holy City, where he imposed mask usage while listening to podcasts about police stories and historical analyses of the Bible. At the end of October, he began a degree in environmental sciences. He is waiting for the lecture classes to reopen so that he can make secular friends. For the past few weeks, a girlfriend, also a former Haredi, has been turning his head.

"I don't understand anything," he says. "We're both trying to figure out what to do and what not to do." 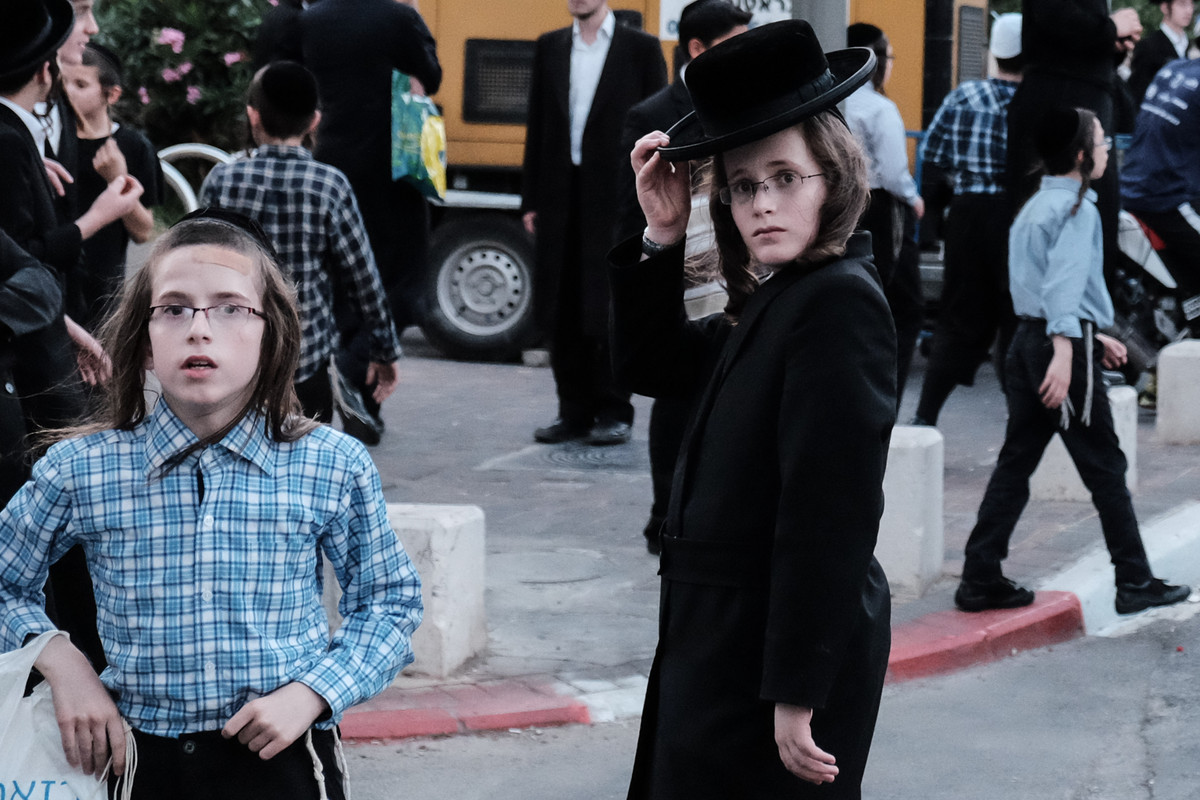 Nati, in fact, is a special case, and not only because he claims to be secular, like barely 10% of deserters, according to the recent IDI study. It's also that he comes from the elitist heart of the Haredi universe. Roughly 60% of those who leave are Sephardic Jews, a more recently integrated community. In any cases their parents were not themselves born Haredim. Either that or they lived abroad before settling in Israel.

The coronavirus has revealed an open secret: The dream society of the Haredim, devoted to the study of the holy texts, is a myth — they prefer to speak of an ideal. It was formed in Israel after the Holocaust, thanks to the financial support of the state and donors, and has been crumbling for 30 years. Many ultra-Orthodox men have jobs and frequent secular society on a daily basis. Among them, some support young apostates, such as Yanki Farber, a journalist for the website B'Hadrei Haredim.

"Twenty years ago, people had to flee their city to be free," Farber explains. "Now they buy a smartphone. They give up their yeshiva. But they remain religious."

What space for freedom can these young people, who do not quite want to break with their former lives, spare themselves?

We are so bored.

This is the dilemma for Eliaou, an 18-year-old with a passion for politics, a fan of "Bibi" Netanyahu and a strong supporter of his party, Likud. Since the summer, he has been hanging out on YouTube, trying to learn English and Arabic online, and watching nothing pornographic. In October, during the religious festival of Sukkot, he protested against the police, when many inhabitants of Bnei Brak gathered to sing and dance, during the quarantine.

"All the young people went, not just the radicals... We are so bored," he says.

When he goes to Jerusalem to pray at the Wailing Wall, Eliaou makes long detours through the Arab neighborhoods of the city. He's not looking for trouble, he says. He's simply drawn there.

For the past two years, one of his older brothers has been doing military service in a secular unit, much to Eliaou's dismay. "He dared to show up in uniform at the door of the apartment," he says. "It was disrespectful to our parents!"

When Eliaou confided his own doubts to him, the elder brother hastened to point out to their father that he would do better to keep an eye on the younger brother. Eliaou says it doesn't matter — he'll figure things out on his own. "I don't think the Haredim will change because of the virus," he says. "It's too late for my generation."

But for his children it might be different. Eliaou wants to get married and run away, maybe to a small Haredi town in the north, close to nature. "I'd like my children to learn what they need to know to find a job," he says. "That they accept people from other backgrounds... But I don't want my father and mother to see them grow up like that."

Eliaou is certain they wouldn't stand for it.

The Second Wave And Risks Of Rising Suicide Rates

PARIS — After first reckoning with the physical toll of COVID-19, the world also began to ...