The Caribbean island says its financial system is all aboveboard, yet it remains a gateway to less scrupulous offshore havens like the Cayman Islands.

BRIDGETOWN — Is there "dirty" money strewn across the pristine sands of Barbados? Does something sinister hide beneath the glistening coral reefs of this former pirate haunt, the small Caribbean outpost between Saint Lucia to the north and Saint Vincent and the Grenadines to the west?

Donville Inniss dismisses any doubts with a firm wave of the hand. "Here, you will find neither mailbox companies nor fiscal figureheads," says Inniss, the country's minister of industry and foreign commerce. "The businesses we attract are very real, with economic substance and real jobs on our territory."

Stroking a large leather armchair at the Hilton Hotel, where he is a regular guest, Inniss adds, "Dummy corporations, shell companies. We don't do that!"

The setting here is dreamy, with lithe palm trees and turquoise waters, and an odd mix of hurried businessmen and wealthy, relaxed English tourists. But the minister is focused solely on expounding the virtues of Barbados. "We are a transparent jurisdiction, with a structured and sound economic model," he stresses. "People don't come here to defraud tax authorities, but just to pay lower taxes and boost business and growth for the benefit of all — including the Barbadians."

Barbados recently hosted the eighth Global Forum on Transparency and Exchange of Information for Tax Purposes, a meeting of 129 countries affiliated with the Organization for Economic Cooperation and Development (OECD) and focused on fiscal transparency and cooperation. The island used this meeting as a venue to promote itself. 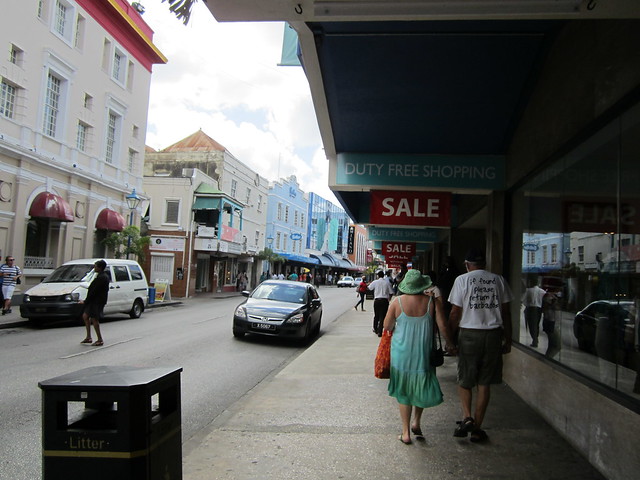 Although Caribbean tax havens may have a bad reputation — with islands such as Saint Kitts, Nevis and Anguilla perceived as money-laundering paradises for fraudsters and criminals, or regulatory black holes where billions of tax dollars evaporate — Barbados, which became independent in 1966 after three centuries of British rule, claims to be a "clean" haven, one that opens its books and exchanges information with other countries when necessary.

Some say this micro-state uses a "broken" taxation system for foreign companies that settle and export manufacturing there — with a 2.5% tax on profits, compared to the 25% paid by local businesses — but island officials claim it's all crystal clear and perfectly legal.

"We have a tax system," Inniss says. "It's not designed to encourage tax evasion but to help countries and businesses to expand." Over the last 30 years, the island has built and developed a network of fiscal treaties and bilateral investments with countries such as Canada and China to limit the taxes multinationals owe, to protect their assets and to facilitate commerce and investment.

Companies wishing to benefit from these treaties face a key condition: They must have part of their business activities (manufacturing, sales, customer service) effectively operating in Barbados. If, for example a Canadian company moves its marketing department to the island, it will be taxed at 2.5% of its worldwide sales. Its profits will then be repatriated to Ottawa in the form of tax-exempt dividends — a nice little arrangement.

So is Barbados really above board?

"You want hard facts? OK, let me show you. There's nothing hidden here," says Rob Ireland, the Canadian president of a company that promotes the island to investors in his home country. "The British Virgin Islands have a million offshore companies and fewer than 30,000 inhabitants," he says. "Here, we have 4,000 such companies and 280,000 inhabitants." Ducking into his car, he adds, "The numbers speak for themselves. There is no national registration."

Unmoved by recent tax evasion scandals and criticisms of Caribbean taxation models, Ireland cites a study by Rotman University Professor Walid Hejazi, which showed that Barbados provides Canada with a substantial annual export surplus and is a significant supplier of jobs.

In Ireland's car, we cross the Barbados capital of Bridgetown, a low-key town with colonial architecture, where the island's international banks blend in with the scenery. Next, we head towards Grantley Adams International Airport, where most of the foreign companies registered on the island are located. Various Canadian, American and South American groups have set up a wide array of operations here (manufacturing, sales and marketing, and research among them.)

Ian Hickling welcomes us at the local offices of Lenstec, an American lens company. While its headquarters are in Miami, CEO Hickling chose to move the manufacturing of the lenses, which are used as implants in cataract operations, to Barbados. It's been a commercial success. 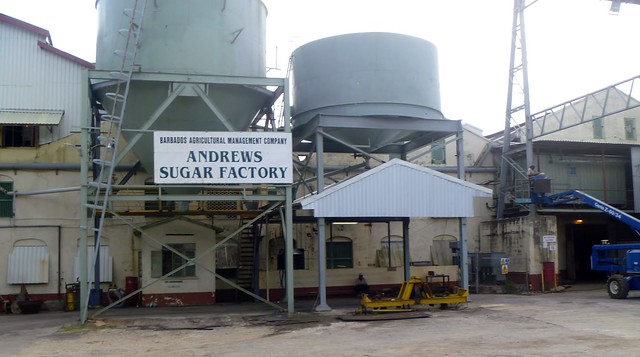 One of the last remaining sugar production companies in Barbados. Photo: Ins1122

In the entryway, 50 boxes are ready to go to Beijing. Every year, half a million lenses come out of the factory, which is equipped with new laboratories and high-tech equipment. The lenses then make their way to the U.S., Asia and Europe, about 50 countries in all.

"I'm a New Zealander and my partner is French, but our 210 employees are 100% Barbadian," Hickling says. "Here, we benefit from a very high education level and great infrastructure. Our growth is really taking off. It's an incredible place."

Back in Bridgetown, lawyer and well-known Barbados native Trevor Austin Carmichael has been involved in the island's international push for three decades. "What you see is the product of the history of a country that built itself an autonomous strategy," he says. "We distinguish ourselves from other Caribbean financial centers through our philosophy, which is founded not on zero taxation and volume at all costs, but on low taxation framed by important international treaties."

In short, Barbados by this definition is an "ethical" tax haven, one that fully accepts fiscal competition but plays by the rules. This is a generous characterization. It ignores the fact that the micro-state is a portal to the nebulous world of offshore business elsewhere, where less-regulated and unscrupulous havens abound.

Throwback ideas and the next big thing are working for some, even as many other parts of the economy slide into recession.