Activists on the small Pacific island, with their legendary statues, are taking concrete actions to obtain more autonomy from Chile. But does full independence make sense?

HANGA ROA — A movement for independence is building on Easter Island, one of the world's most remote inhabited locations, better known for its enigmatic ancient statues than any modern political struggle.

Activists on this far-flung Pacific island, called Rapa Nui by the indigenous people, are moving forwards with their demands for decolonization of their ancestral land, which was annexed by Chile under an 1888 treaty. Indigenous Rapa Nui make up around 60% of the island's population, with the rest largely immigrants from the Chilean mainland, 3,512 kilometers (2,182 miles) away.

But locals complain that excessive tourism (drawn by the beaches and massive moai statues) and migration are harming the island's unique cultural and natural environment. The island was the scene of violent clashes in 2011 when police raided a hotel occupied by indigenous activists. Earlier this year, the Rapa Nui Parliament blocked access to all tourist sites on the island to protest the Chilean government's migration laws.

The Santiago-based newspaper La Tercera reports that local activists recently invited a team from the Indian Law Resource Center, an NGO dedicated to protecting indigenous peoples' rights, to assess the situation on the island. Rafael Tuki, an indigenous representative to the Chilean government and leader of the pro-independence group Rapa Nui Parliament, told the newspaper he is taking the island's cause to the United Nations Special Committee on Decolonization, to "begin the process for independence."

The movement's goal is for Easter Island to be added to the UN's list of "non self-governing territories", which would compel Chile to bring self-rule to the island. This would require a UN member to promote its cause, and according to Chilean news site El Dinamo, a group of Easter Islanders recently met with Bolivian President Evo Morales to gain his support. Bolivia is embroiled in a legal battle with Chile over its claims to territory giving it access to the sea; and the Rapa Nui independence movement sees the country as a potential ally in its struggle. 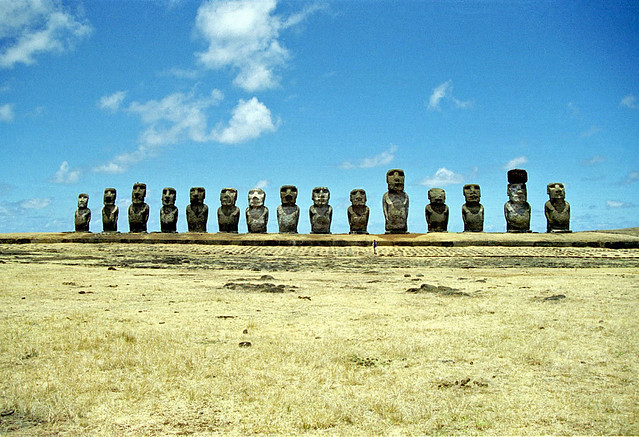 If the UN agrees to recognize the island as a colony of Chile, an eventual referendum would have to be organized giving locals a choice between assimilation, independence, and "free association."

While the Chilean government and even the mayor of the island's capital oppose independence, some local politicians are calling for a referendum to finally settle the island's status, writes Latin American news site Terra.

Unlike when the first giant moai appeared more than 3,000 years ago, any such news arriving from Easter Island will hit foreign shores right away. 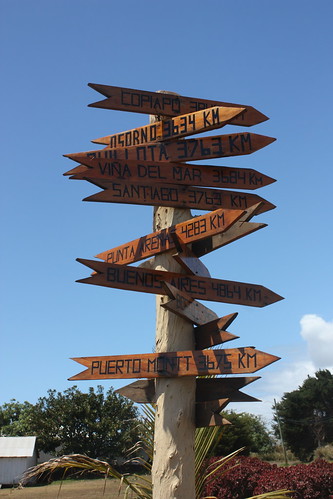 A long ways away. Photo: Azwegers

Electric vehicles are a novelty with promise in Latin America and are already expanding in several of its city bus fleets.

From Europe To Latin America, Business Schools Are Going Green

Institutions tasked with training the next generation of business leaders are realizing that sustainability matters, and making significant adjustments to their curriculae.