Building With Bottles On A Panamanian Island

COLÓN ISLAND — As the world continues to bury itself in plastic bottles, a few pioneers are coming up with clever ways to put all that refuse to good use.

One of those people is Canadian innovator Robert Bezeau, who decided after a visit to Panama to build an entire plastic-bottle village — presumably the first of its kind — on the island of Colón, just off the Central American nation's Caribbean coast. The Island of Colón — Photo: The Village Eco-Community

Bezeau first came up with the idea two years ago when he discovered, to his disappointment, that Panama is not the pristine tropical paradise he'd been made to beleive, but a land polluted like so many others with the countless plastic bottles people throw out every day.

The trick to cleaning up the area, he thought, is to give all those containers a second-life — as building blocks. And not just for a home or two, but for a whole community.

The Canadian's techniqe is to fill the bottles with sand, then place them inside metal carcasses that are covered over with cement. He then uses these walls to erect different structures. Each home uses about 10,000 plastic bottles, which are also relatively quake-resistant and provide effective insulation against humidity and heat. The homes Bezeau makes are 10 degrees centigrade cooler inside than outside. 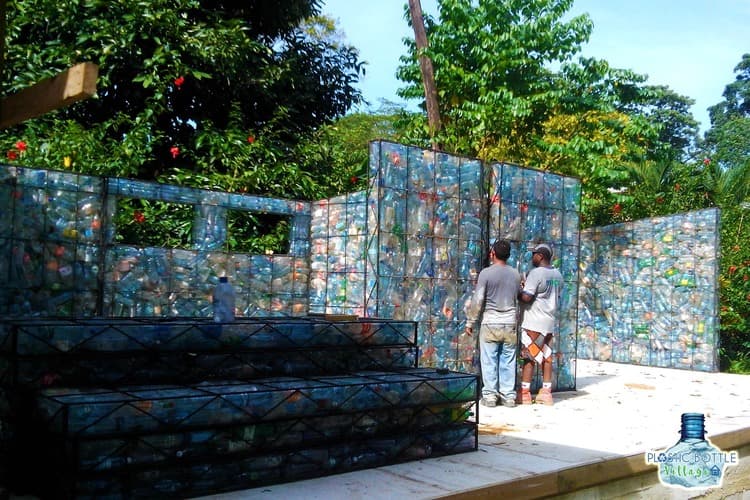 Structures made with plastic bottles — Photo: The Village Eco-Community

Bezeau says that finding creative uses for plastic bottles could help turn them into a precious commodity, maybe even "a threatened species" one day. The initial plan for the village on Colón island is to complete 120 homes spread over 33 hectare, complete with organic vegetable patches and space for communal activities — like yoga!

Bezeau's team is also busy promoting the concept and techniques on social networking and crowdfunding sites, and at housing fairs.

My Yacht, My Shell Company: Cheating, Divorce And Panama Papers

There may be only one thing super-rich men fear more than the tax authorities, and it's a wife gearing up for divorce. Panama has havens for that too.

Panama Papers, A Haven For "Regular Guys" Too

While most attention has been devoted to the VIPs and politicians cited in the leaked documents of the Panama shell-company firm, most of the people turning to tax havens look much more like you and me.