Why Chinese Are Choosing Europe To Invest In Real Estate

BEIJING — Yang Ke works for a high-tech company in Shenzhen on the southeast coast of China. Thanks to a few years spent abroad, he has saved up a considerable amount of money and is looking to invest it in foreign real estate. After intensive discussions with real estate agents, he decided that property in America is too pricey, and settled on Europe as the best option.

There is a rising affluent class in China who are making a similar choice as Yang — their savings are not sufficient for buying China's astronomically expensive properties in major cities such as Beijing, Shanghai or Guangzhou. Meanwhile, keeping the money sitting in a bank account is also a bad deal. So ... Europe.

More and more of these potential buyers are looking at buying properties for their children sent abroad for education. Not only is it more convenient and safer for their offspring, it is also an excellent investment once the children finish their studies and the property can be rented out or sold. Most such investors eye the market in Britain, Germany and France, where the majority of Chinese students in Europe are concentrated, and where the investment conditions and property safety factors are high.

In 2015, Du Ming was a student at the University of Plymouth, UK. Before she went abroad, her parents already had the idea of buying her an apartment since she needed to be housed anyway. At first, Du dismissed her parents' idea as "whimsical" because she thought they didn't know anything about the UK housing market, nor did they speak English.

The UK is the primary European destination for Chinese overseas property seekers.

The situation on the ground eventually changed Du's mind . First, because the university's student dormitory is located far away from the campus situated in the city center. Second, because even in a regional city like Plymouth, the rent is in no way cheap. Sharing a room of 15 square meters in a flat would cost around $750 per month, or renting an independent and furnished studio of 26 square meters would cost $1200. On top of that, it is hard to find a place.

After cohabiting with other students and a year of nuisances having to deal with an unlikeable landlord and noisy housemates, Du decided to accept her parents' proposition to buy a property. Various factors had to be taken into account: purchasing procedure, taxation, location, surface area, and whether it's a freehold with permanent ownership or a leasehold, a particularly of the British system. The security and composition of population in the neighborhood were also considered, of course.

Eventually, with just over a million yuan, equivalent to about $140,000, Du's parents bought a two-bedroom apartment for cash. Du became a landlord renting out one spare room to her schoolmate. The rent in turn supported her living expenses.

The UK is the primary European destination for Chinese overseas property seekers. Luo Xuesin, the CEO of Juwai.com, the major Chinese online broker for overseas buyers, told Economic Observer that inquiries into Britain's properties are far greater than those of Germany and France put together. Though the motive for buying is often education related, investment oriented purchases of buy-to-rent properties surpass purchases for self-occupation in Britain, and are the highest among the three European countries. 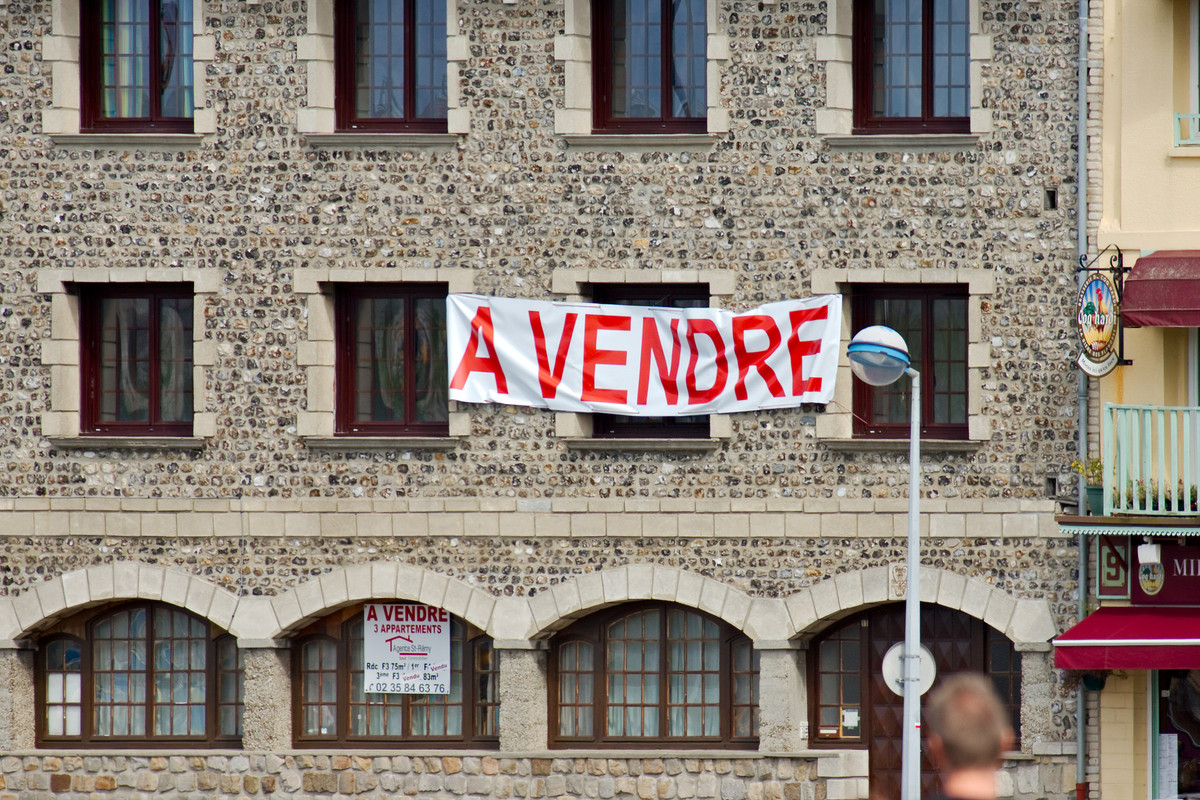 Brexit did cause potential Chinese buyers to hesitate for a while. But since the beginning of 2018, the market has picked up again. According to Ms. Luo, the peak of Chinese buyers flocking to Britain was between the end of 2016 and the first half of 2017. This year, the trend is rising once again.

Wang Leiyan has never visited the studio she owns in Berlin since she bought it four years ago. Nor has she ever met the Italian tenant who was passed to her from the last landlord since it's a local housing agent that deals with the trusteeship.

It was by chance that Wang ended up buying property in Germany. The first time she met the broker and the German lawyer was when her former boyfriend invested in a flat there in 2012. Two years later, Wang decided to follow suit after she had saved around 75,000 euro. Even though the price had gone up in two years, she found the Berlin real estate a major bargain. Wang struck the deal just by viewing videos sent along by the German broker. All together it cost her 85,000 euro for this studio of 28 square meters, plus the 6% of the agent's commission and the fees for the lawyer. Apart from the 65,000 euro cash down payment, she obtained a small mortgage from a German bank. The rent is almost enough to cover the loan. This leaves her just over one thousand euros at her charge per year. Located in central Berlin, Wang's flat gains a monthly rent of 400 euro.

According to Juwai.com's data, Chinese buyers of German and French properties are both rising steadily. For the second quarter of this year, inquires of the French market have gone up 28% compared to the first quarter, while they have risen 44% compared with the same period last year.

Maitre Yann Grau, a French notary who attended the French Ecotourism Development and Investment Forum held in Beijing recently told Economic Observer that in France, the whole procedure of house transaction is guaranteed by a national notary. Foreign investors enjoy the same legal entitlement as French buyers, such as permanent property rights, tax incentives, inheritance, and so on.

What is noteworthy, however, for a Chinese buyer buying a property in Europe, are the very different regulations from those at home in possessing real estate. In China, buyers don't really have to be preoccupied with the property they own other than paying back the mortgage once the transaction is finalized.

In Europe, conditions are very different. For instance, Wang is obliged to hire a local person to deal with tax filing for her even though she ends up paying several times more in employing the person than the tax she actually pays. In addition, if she wants to sell the flat within ten years she will be levied a tax as high as 30%. The constraint of the high tax is even longer in France – some twenty years.

All that said, Yang can't help getting very excited that he will be going to Europe for his upcoming summer vacation and hopefully snapping up a property!