After Trump fired hawkish U.S. official John Bolton, who had repeatedly threatened Venezuela's regime with military action, Maduro may have the opening he's been waiting for.

Venezuela's President Nicolás Maduro is as firmly entrenched in power as he ever was. Without doing anything, events of recent days ensure he can sleep soundly for a change. Why? For the departure of U.S. National Security Advisor John Bolton, the official most eager to use force to topple his regime.

The sudden (but not strange) dismissal of the man who had jotted down '5,000 troops to Colombia,' leaves a big gap in the deterrence strategy against the Venezuelan dictator. It certainly eliminates the option of armed action here and confirms President Donald J. Trump's distaste for troops and war. In fact in his strangely bellicose speeches, he makes clear that he considers war expensive and inefficient. He prefers deals.

Trump cited Venezuela as part of the reason for Bolton's departure from office. Reports in The Washington Post have indicated that the two harbored major differences of opinion on the issue, while an investigative piece in that daily revealed that Trump had chided Bolton for the apparent failure of his strategy against Maduro. The president believed, according to the article, that neither diplomatic isolation nor sanctions nor the threat of armed action, had led the opposition chief Juan Guaidó to assume the presidency. That left resumption of talks as the only alternative. Bolton was meanwhile asking for more time to keep sending the regime signals that force would be used if it did not yield in its demands.

This paves the way for Trump to try one of his Apprentice-style gambits, and sit and talk to Maduro.

Where does that leave the situation? Most probably the United States will choose the path of negotiation, a parallel strategy it has already pursued in discretion. Bolton's departure paves the way for Trump to try one of his Apprentice-style gambits, and sit and talk to Maduro to find a deal, like he has with North Korea's Kim Jong-un. Recently The New York Times columnist James Poniewozik insisted in that you must in fact look to Trump's television persona, which took him to the White House, to understand his conduct. 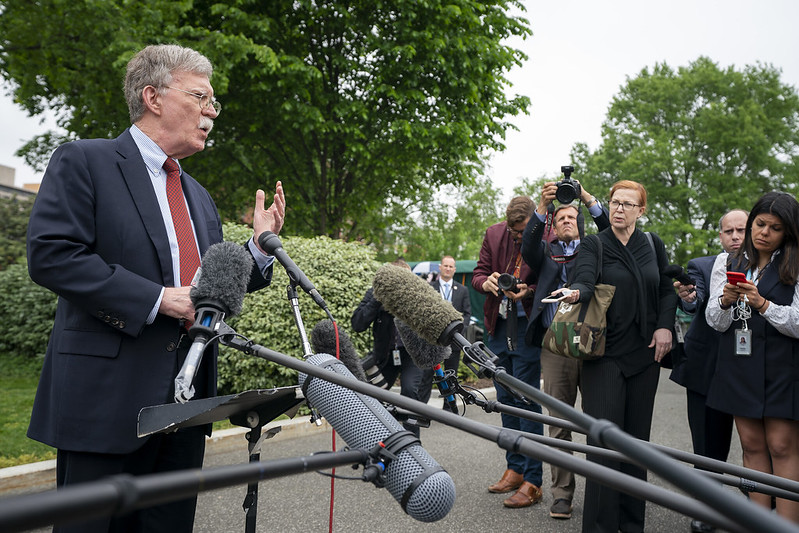 What does negotiating mean? Simply, it means committing Maduro to holding immediate, free elections verified by international observers. But do not celebrate quite yet, as these would allow Maduro's political participation and include commitments for himself and his followers, even if they have to spend time in Cuba or Russia. That's the deal.

Any Colombian reading this may conclude then that this will still leave their country as Maduro's punching bag, the recipient of masses of Venezuelan migrants and target of drug traffickers and guerrillas based across the frontier, where they will nurse their socialist plans for Colombia. The answer is yes, and that unfortunately is our reality. This is our problem, and we shouldn't expect Uncle Sam to lend us a hand.

Is Venezuela Behind Latin America's Surge In Civil Unrest?