Welcome to Wednesday, where a second Chinese vaccine gets WHO's greenlight, Sri Lanka faces its worst maritime disaster ever and an asparagus recipe makes its way into a Belgian legal decree. Meanwhile, our latest edition of Work → In Progress takes the pulse of the work-life balance in a fully-vaccinated future.

• COVID travel system begins in EU: Seven European countries have started issuing COVID-19 passports for their citizens and accepting them for visitors who have been fully vaccinated. Meanwhile, the World Health Organization approves the Sinovac vaccine for emergency use, the second Chinese vaccine to receive the green light.

• First human bird flu case in China: A 41-year old man in Eastern China is the first human to have contracted the rare bird flu strain, H10N3. Health officials believe it was a case of "accidental cross-species transmission", and assure the public that the risk for community transmission remains low.

• Belarus opposition activist stabs himself in court: Stepan Latypov, a critic and outspoken activist against the Lukashenko regime, attempted to slit his own throat during a court hearing. The apparent suicide attempt came directly after Latypov alleged he had been tortured and that his family and neighbors faced prosecution if he refused to plead guilty. 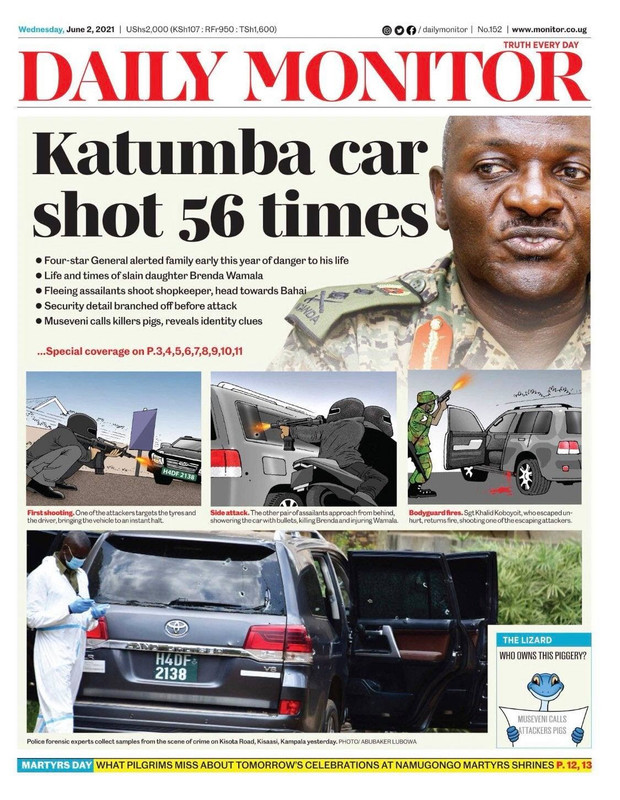 Telework, telework, telework … The concept may seem like old hat at this point. And yet, there are also new elements to the phenomenon that keep cropping up as society continues to morph around this shifting reality. Fascinating innovations around our new work-life balance are still blossoming. This edition of Work → In Progress stays ahead of the game, pinpointing the problems and solutions that will be on our minds even in a fully-vaccinated future.

While some may be moving their home office to a new room, one Scottish call-center consultant suspended his new workspace from a cliff in Wales. Armed with nothing but his laptop, a mobile internet connection and a hanging tent, Jason Griffin spent a day juggling client calls while dangling above the sea. He's already planning his next home office adventure on the western coast of Scotland. Perhaps his stunts will inspire an x-treme teleworking trend.

Workplace abuse is back on the rise in Brazil. According to the financial paper Valor Econômico, social distancing and the shift to remote work in the early months of the pandemic caused reports of harassment, sexual and otherwise, during working hours to fall by as much 22.7%, leading to a wave of optimism. But the change was short-lived: According to a new survey by Valor, these old problems have found new ways to sneak back into the country's companies, regaining pre-pandemic levels and then rising by an additional 6.2%. For example, sexual harassment now takes place through webcams, where "the internet gives people a sense of impunity."

One of the big problems of remote working is the lack of home-office space: a growing number of professionals are leaving cities not for sanitary or social reasons — or even to be closer to nature — but to gain a bit more elbow room, so to speak. Adequate work space at home has become so important that, as the Wall Street Journal reports, landlords are now looking to rent out rooms and retail spaces in suburban areas, blurring "the distinction between residential and commercial neighborhoods."

In the German language, the country Belarus has been called Weißrussland since its independence in 1991. Pronounced vice-roosland, it literally means "White Russia," which Berlin-based daily Die Welt points out is a problematic reflection of Europe's imperial history, and could raise doubts about German recognition of Belorussian sovereignty.

"Preheat oven to 250 °C, add three teaspoons of salt into water, rinse and peel the asparagus and wait 30 minutes before cooking…" If you are craving asparagus au gratin after reading these lines, you can find the rest of the recipe online, on any number of cooking websites … Or, until a few days ago, smack in the middle of an official Belgian government decree.

An asparagus and Cantal cheese recipe was found, lost in the text of a new law on the price of medicine, published by the Federal Public Justice Service of Belgium. After further investigation, French daily La Voix du Nord found that the cooking recipe belongs to Marmiton, a popular cooking website in France and Belgium.

If asparagus lovers might be pleased, Belgian daily La Libre reports that lawyers had mixed feelings about the odd copy-and-paste incident. "Sometimes, we see errors or glitches in a text. But a cooking recipe… Never!," says the anonymous lawyer who first shared the news to radio channel RTL.

Belgian justice officials tried to downplay the situation, explaining that the document isn't the official publication of the legislative text, only a database and has no standing legal value. The mistake has been fixed since then, before the final version of the document was approved. Government lawyers apparently get a second chance — no such luck in the kitchen!

The MV X-Press Pearl, the Singapore-registered cargo ship that has been burning for two weeks off the coast of Sri Lanka, is reportedly showing signs of sinking. With 278 tons of bunker oil and 50 tons of gas at risk of leaking from its tanks into the Indian Ocean, this could be the nation's worst maritime disaster ever.

"In human terms, this news hurts me. But it is the law, a law that my brother wanted and that must be respected."

— Maria Falcone, the sister of slain Italian magistrate Giovanni Falcone, reacts to the news yesterday that her brother's killer, Mafia boss Giovanni Brusca, had been released from prison after serving 25 years. The news made headlines across Italy, and particularly on the island of Sicily, where Brusca, now 64, was considered among the cruelest of Mafiosi. He was convicted of detonating the explosion that killed Falcone, his wife and five bodyguards, after the magistrate had led the fight to dismantle the Sicilian Mafia, known as Cosa Nostra. Brusca also was convicted of killing the young son of a mobster who had turned state's evidence. Brusca had kidnaped the 12-year-old, held him hostage for two years, and then strangled him to death and dissolved the body in acid.

It's Only Getting Harder To Be A Syrian Refugee In Turkey

The four million Syrians living in Turkey were already facing great difficulties, and the pandemi...