The Latest: Biden's Big Day, Jack Ma Is Back, Tokyo Games At Risk

Welcome to Wednesday, where Biden will be inaugurated as the 46th U.S. president, Italy's prime minister hangs on, and the Tokyo Olympics may be cancelled again. We also visit six iconic businesses around the world, which have survived wars and depressions, but are now at risk of closing down due to the pandemic.

Joe Biden won't fix the world's broken diplomacy by himself

Democrats who reach the White House do not necessarily play into the hands of Europeans. It is up to them to unify their voice to pass their agendas.

The inauguration of Joe Biden opens a new chapter in the history of the United States, one filled with hopes that may quickly prove to be excessive. A new "New Deal" promises a shift in public health, diplomacy, and welfare for the American people.

It is also an opportunity to repair the historic bridges linking the two sides of the Atlantic. The next few days will be marked by actions of major symbolic importance: Washington's return to the Paris Climate Accord, a reconciliation with the World Health Organization, and likely, the revival of nuclear talks with Iran. Yet it would be a trap for us to believe that this means the return to a time when America and Europe were working together in defense of freedom and democracy.

From a European point of view, the hope inspired by Biden's inauguration Wednesday is just as dangerous as the blissful romanticism that swirled here with Barack Obama's arrival 12 years ago. First of all, Democrats who make it to the White House don't necessarily play into the hands of the Europeans. It was a Democratic president, Bill Clinton, who refused to ratify the Kyoto climate agreement and opposed the creation of an International Criminal Court. Barack Obama derailed an allied intervention in Syria.

In some ways, we may even miss Donald Trump who, for his own personal reasons, attacked the disproportionate power of the Big Tech companies like Google, Facebook and Amazon, which aligned with Europe's interest in reducing their powers. It is unlikely that Biden will join this fight, even if they are now the backbone of America's global domination.

We should not expect too much from the new president. The America of 2021 is not the America of the 2000s. The transatlantic relationship has reached the end of an era. The historic pillars of the international order have crumbled, and French President Emmanuel Macron already pronounced NATO "brain dead" a year ago.

Europeans will need to be particularly determined to grab the attention of Biden, who already has so much work to do domestically.

The Old World must propose a new transatlantic treaty that can seduce this new administration, around such crucial shared challenges as China's rising power, climate change, foreign investment monitoring, and industrial sovereignty. Washington will only listen if we speak with a single, unified European voice — and we offer them real value. Otherwise, our Inauguration Day hopes will quickly disappear.

• Pompeo and China's "genocide": On his final day in office, U.S. Secretary of State Mike Pompeo officially accused China of committing genocide against Uyghur Muslims and other ethnic and religious minority groups. The U.S. has faced criticism for not addressing the matter, as at least two million Uyghurs have been in concentration camps since 2017.

• Madrid explosion (developing): A large explosion rocked Spain's capital, seriously damaging a residential building near Puerta de Toledo and causing casualties. The origin of the blast is as of yet unknown.

• Tokyo Olympics "unlikely": This summer's Games, already rescheduled from 2020 because of the pandemic, are at risk again, says a top Olympic official, who says organizers should be "making plans for a cancellation," as Japan grapples with a surge in COVID-19 cases.

• Jack Ma resurfaces: Alibaba billionaire co-founder Jack Ma has appeared in a video after months of speculation that his disappearance was related to a regulatory crackdown in November followed by fines and investigations on his business in December. 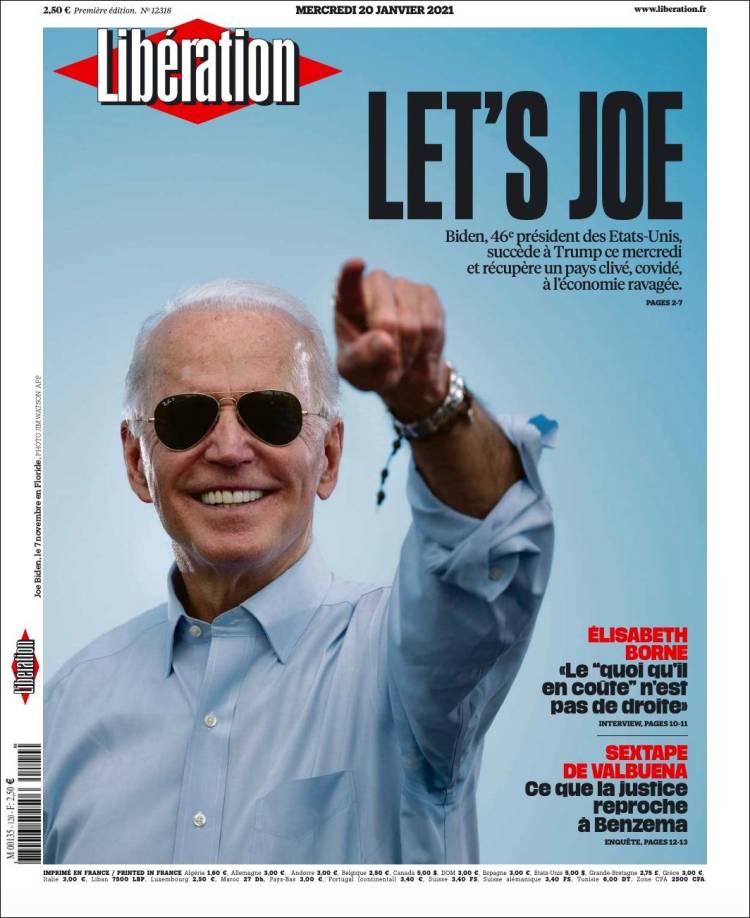 Six iconic landmarks that may be shuttered by COVID

Founded a century (or centuries) ago, these businesses survived world wars and economic depressions. Now the pandemic could close them forever.

The economic and financial costs of the current health crisis are being felt far and wide. But there's something particularly poignant about the demise of businesses that enjoy true landmark status, such as New York City's Roosevelt Hotel, which closed permanently just before Christmas. Owners and employees pay the heaviest cost, of course. But for clients, culture and the public as a whole, what's at stake in each case is also a tangible piece of history that, once gone, is gone for good.

Is the festa in Venice over forever? By the time the Roosevelt Hotel opened, in 1924, Venice's venerable Café Florian had already been going strong for more than 200 years. And this past December, it officially reached the three-century mark. That's a lot of candles! But rather than mark the milestone with some kind of celebratory festa, all was eerily quiet. Sadly, the doors of Café Florian's elegant lounge — whose famous clients included Nietzsche, Grace Kelly and Margaret Thatcher — were closed to the public, as ordered by the government.

A Mexican treasure: Mexico City's Sálon Los Angeles, the country's oldest dance hall, was founded in the 1930s during the height of the swing and Charleston dances, and its famous patrons include Diego Rivera, Leon Trotsky and Celia Cruz. But there's real concern now that the place may not survive. Current owner Miguel Nieto is struggling to keep up with expenses, despite receiving some aid money from the government. Dedicated customers are also helping in the form of small donations.

Netflix added a record 37 million paid memberships in 2020, allowing the streaming platform to surpass another major milestone with 203.7 million subscribers around the world. While Netflix is facing stiff competition from emerging platforms, the giant is still far ahead compared with Disney+ and its 85 million subscribers.

The pharmacy of the world will deliver.

— India's Foreign Minister Subrahmanyam Jaishankar tweeted, as the country, which produces about half of the world's COVID-19 vaccine supply, starts exporting vaccines to neighboring states.