The Last Temptation Of Pyongyang

A visit to North Korea reveals fears about the Internet's pernicious influence on youth, but also a big push in computer science training. The market economy calls, but 'social control' is at risk.

PYONGYANG — This restaurant with a local clientele, where diners place their orders on a touchscreen, is never empty despite prices that scant North Koreans can afford. In the street, little shops sell vegetables, fruit, drinks, frozen products and imported cosmetics. Their signs are lit until around 10 p.m. — late for Pyongyang. Taking advantage of the urban light, sparse as it is, young couples walk hand in hand. The An Sang Taek quarter, with its skyscrapers for the elite, doesn't have the flashy look of a city center, but it does reveal two noticeable features of the North Korean capital: the development of electronic communication and the taste for consumption.

North Koreans are far from able to navigate freely on the Internet. But that doesn't mean that the Democratic People's Republic of Korea (DPRK) has any less presence online — just that it avoids the "corrosive" influence from the outside and integrates information technology into its system of social control.

In a country where only official channels can broadcast on radio and TV, and where foreign media is banned, communications, however restricted and monitored, are nevertheless growing. In addition to 2.4 million mobile phones (for 24 million inhabitants) without international access or Internet, there is the Samjiyon tablet and the 3G Arirang smartphone that's been out for nearly a year. Both the tablet and smartphone are made locally from foreign components. The number of users is actually higher than the official statistics for mobile phones indicate, as the mobiles are often the property of several people who use them in rotation. They can send text messages and emails, log on to official sites and dictionaries, get Rodong Sinmun (the official newspaper of the Central Committee of the Workers' Party) online and play games such as Korean chess and soccer.

At the entrance to the electronic library at Kim Il-sung University, which was inaugurated in 2010, a marble plaque is engraved with a handwritten directive by his son Kim Jong-il (1942-2011). It reads, "Turn towards the world but stay rooted in your country." The second part of the command is the operative one, but the government insists that younger generations be familiar with scientific and technological progress abroad. By providing intensive training in computer science, North Korea is trying to catch up on decades of socialist inefficiency, hoping one day to give India and the Philippines a run for their money by entering the computer services outsourcing market. The few foreign operators working discreetly with North Korean programmers praise their talents.

The advances in computer science also enable the government to reinforce its cyber-attack capacity. In the 16 lecture halls, each equipped with 100 computers, students have access to two million works in the library as well as those at other universities and research facilities. On their consoles, supervisors can see what site each student is on by clicking on the student's seat number. The student's photo appears along with whatever text is on his or her screen. A lecture hall with Internet access is reserved for professors and certain students. All sites visited are duly noted.

The Internet remains forbidden territory, but there's a lot of curiosity about it. In addition to authorized information, students also clandestinely glean information from DVDs and USB keys, easier to hide, containing various data and Chinese or South Korean movies.

The risks are substantial. The penal code equates watching South Korean DVDs with acts of treason. The government is worried about the Internet's pernicious influence on a population largely cut off from the rest of the world, and maintained in a permanent state of mental siege. In early September, it placed restrictions on diplomatic missions and NGOs using Wi-Fi for their Internet access because the networks could be used by others in the neighborhood. Even though it is highly monitored and restricted to a minority, growing online access is the sign of a society developing despite strict policing.

Until the 1990s, all that existed were weekly farmer's markets. Then came the survival economy's black markets during the famine years (1995-1998), and these later became general, and legal, markets. The apparition over the course of the past few years of Pyongyang's "pockets of prosperity" bears witness to the rapid development of a parallel economy that accounts for $1 billion to $3 billion of GDP — as much as the state economy — says Cho Bong-hyun, an expert on the North Korean economy at Seoul's IBK Economic Research Institute. 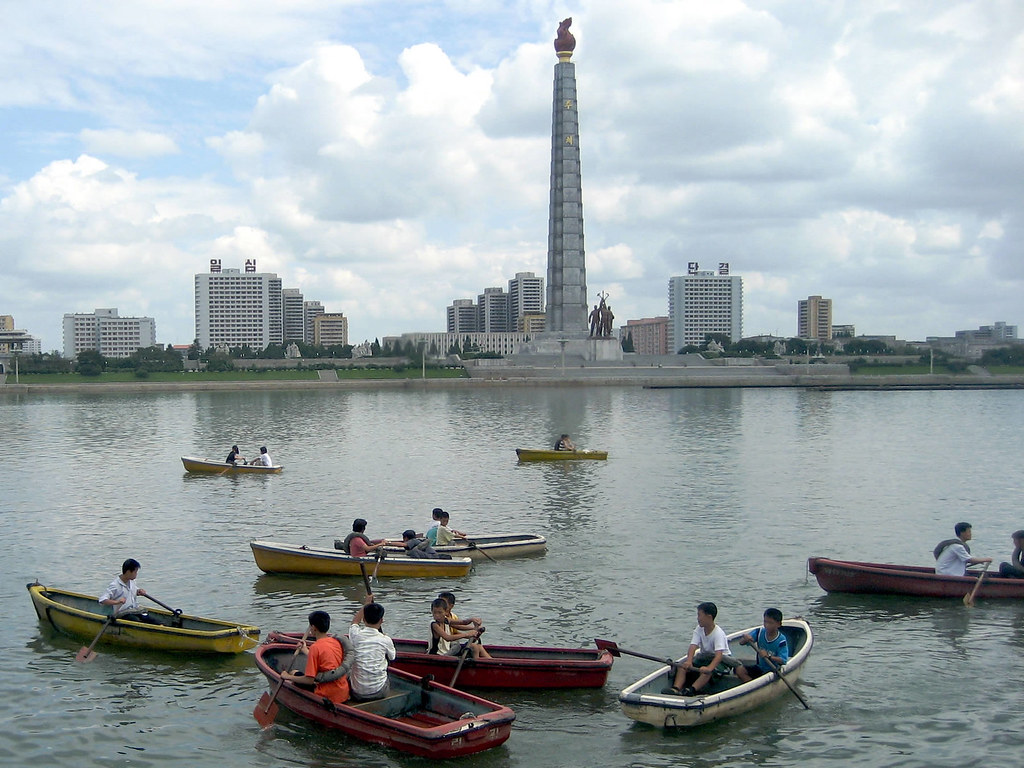 South Korean researchers have dubbed the new consumer fringe the "market generation." It is made up of the children of the traditional elite (members of the Worker's Party and high-ranking individuals) but also those of a new social class of merchants, wholesalers and intermediaries working in a parallel economy greased by corruption. These young people, seen at the markets or in amusement parks, dress like their Chinese peers. The girls wear stiletto heels or platform shoes (local manufacturers say they try to "follow the taste of the clientele.") If they can afford it, they buy new products that can now be found in abundance in stores.

They are aware of the new social nuances based on income, and not just loyalty to the party, according to a survey of young refugees who have arrived in the south since 2010, conducted by the Korea Institute for National Unification in Seoul. In a country where every action has a political meaning, almost everything can now be bought. Although the government insists it wants a "Korean-style socialist economy," this works with "adjustments" and is reminiscent of the Chinese economy when reforms first began in the 1990s.

Looking at the merchandise for sale, North Korea hardly looks like a country under embargo. But international sanctions were implemented following its ballistic and nuclear testing. During the first four months of 2014, North Korea imported four times the number of digital TVs from China than during the same period in 2013. And state stores, such as Department Store Nr. 1 in central Pyongyang, now offer home deliveries. New taxis have appeared, and customers can order them by phone.

More visible, if not ostentatious, consumption of a growing elite can be seen in luxury restaurants and bars such as those in the Haemaji complex in downtown Pyongyang — where Paulaner beer from Munich is served — and it is widening the divide between the privileged few and the great majority of the population. 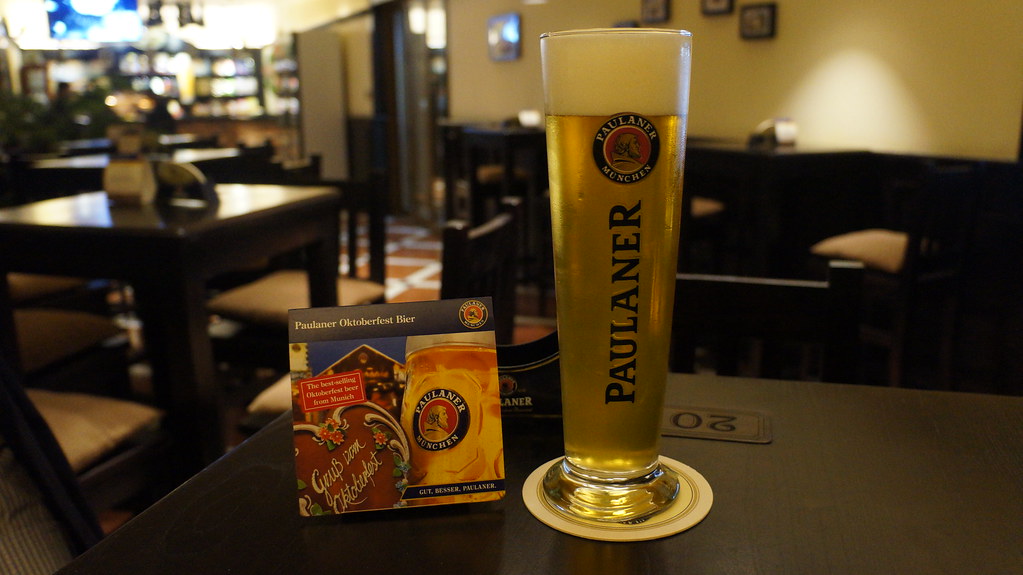 A growing minority is getting rich, and another class is now living better, but the rest is struggling. The government, which has promised quality-of-life improvements, is actively trying to show it doesn't forget its promises. For example, a hospital specializing in pediatrics and an institute for the treatment of breast cancer, both with state-of-the-art German and Italian equipment, have just opened in Pyongyang. In theory, the most severe cases are admitted. The provincial hospital system, however, is in an advanced state of dilapidation.

The opening or renovation of recreation sites (amusement parks, aquatic parks) are also attempts at "solicitude" on the part of the young dictator Kim Jong-un, who disappeared for a while then reappeared and who is shown on TV surrounded by adoring crowds and soldiers hopping up and down with joy at the sight of him.

What's happening in Pyongyang is only a part of the North Korean reality: Development in provincial cities is less spectacular. There, smartphones are rare. But over the past year, proliferation of solar panels, now on sale in state stores, makes it possible to provide part of the population with electricity for daily use. There has been progress too in agricultural production, which reached 5.6 million tons in 2013: 350, 000 tons more than the preceding year. A deficit of 1.4 million tons is covered in part by imports and Chinese aid. According to world food program experts, "the situation is getting better."

But the majority of North Koreans (80%) live on the edge of malnutrition. The least variation in climate can send whole regions and poorer segments of the population into destitution. The growing parallel economy, a new generation more attracted by consumption than by collectivist ideals, and the development of information technology are corroding the totalitarian system, even though there are no current opposition movements. It is the improved access to information that poses a dilemma for the government.

In small doses, it is both an economic necessity and poison for the dictatorship.

No Free Lunch: What Trump Must Face On North Korean Nukes

The U.S. may need to accept that Pyongyang doesn't give up its nuclear program.

With its mineral resources and cheap labor, the country has significant potential for growth, but economic openness could undermine its dictatorship.