The number of infections is decreasing in many places, even as restrictions are eased. Vaccines matter, say scientists, but it's not the only factor.

BERLIN — The summer will be good. The horror scenarios of some models have proven to be too pessimistic; even if infections are ticking up in the UK, France and the Netherlands, they are currently falling rapidly across many European countries, despite the easing of restrictions.

People are pouring into cafes and beer gardens, and hope for the end of the pandemic is growing. But one question remains for the time being: Who is doing most of the work to kill the virus: summer or social distancing and vaccines? How much can we celebrate right now?

It has been clear from the start of the pandemic that the spread of the coronavirus is shaped by the change of seasons. Even going all the way back to Hippocrates, we have documented proof that respiratory diseases occur more frequently in winter. However, it has only been understood recently why this is so, and the explanations are by no means trivial. It's not really because of the cold weather that people catch colds. Most people spend a large part of their life in well-tempered interiors anyway, and there are also several respiratory viruses that boom in other seasons.

Various factors influence the spread of respiratory viruses, with humidity playing an important role. Cold air can absorb less humidity than warm air. If you warm up dry winter air in heated rooms, it contains much less water than it could absorb at warm temperatures. The relative humidity — the maximum amount of water that can be stored — is often below 40%.

Humidity affects the spread of many viruses. Just as laundry dries quickly in heated rooms, the droplets that people spray with every breath and every word release some of the water they contain into the air. They become lighter, no longer sinking to the ground but rather floating in space for a long time, ready to be inhaled by other people. Accordingly, infections often occurred in closed rooms during the pandemic.

At the same time, air with low relative humidity attacks the protective barrier that lines our airways — a tricky arrangement of mucus and cilia. The upper layer of the slimy coating is relatively tough, so foreign substances and pathogens get stuck in it. The lower layer is thinner and is driven by the fine cilia of the mucous membrane cells.

In this way, viruses stuck to the top layer are transported towards the larynx, swallowed and destroyed by stomach acid before they enter the body. However, this does not work as well if the slimy barrier becomes thinner in dry air. 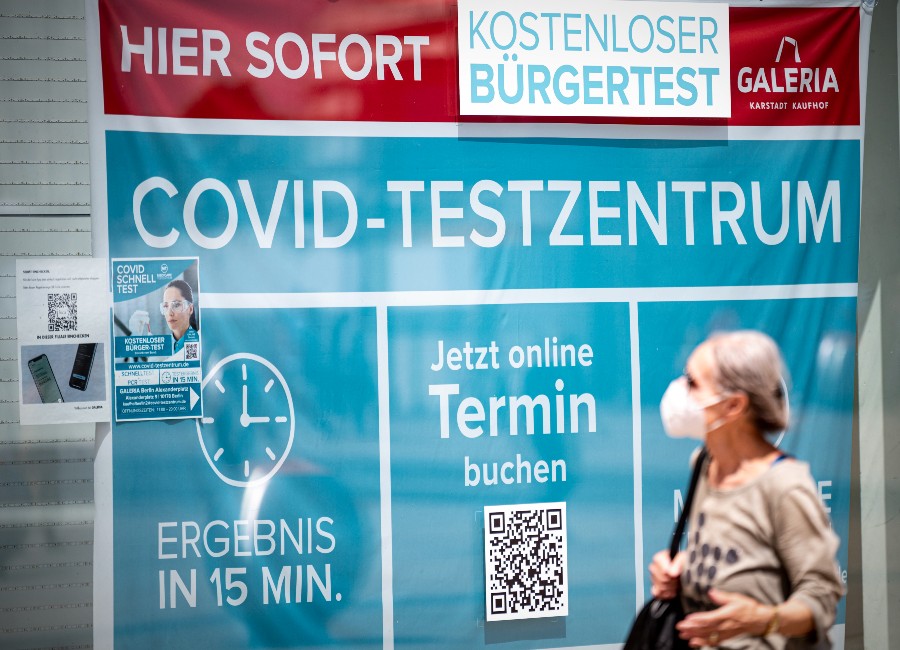 Beyond temperature and humidity, solar radiation also affects the spread of cold viruses: UV rays destroy viruses. In addition, many people have a vitamin D deficit in winter, which can be unfavorable for the immune system.

All of these factors affect the virus's occurrence. In the tropics, for example, there are no flu seasons, but a slight risk of infection all year round. In New York, the spread of flu viruses will be reduced by 40% in the summer, in Florida by only 20%. Things are made even more complicated by human behavior. If, for example, many people are in air-conditioned rooms in hot summers, this can probably weaken the summer effect.

In addition, winter waves can be bigger if our immune systems were challenged very little during a virus-free summer. For example, some experts fear that the flu wave in Germany could be particularly severe in the coming winter after it has been weak one year and almost inexistent another. On top of that, the various cold viruses compete with each other in their undulating ups and downs and can displace one another.

The seasonal effect alone would not be strong enough to make the virus disappear completely.

So, it's no wonder that it has been difficult to predict how the seasons would affect the pandemic. The observation that the virus can spread in countries such as Brazil and India even in warm weather is of little help — their conditions can hardly be compared with the European change of seasons.

At the same time, it quickly became clear that the seasonal effect alone would not be strong enough to make the virus disappear completely during the summer months, as is known from the annual flu waves. Because its infectivity within a population without basic immunity is simply too great for that. So, for example, in the United States, the number of infections was particularly high last summer.

Accordingly, it is difficult for modelers to include the influence of the seasons in their scenarios. Many assume that the summer reduces the prevalence of the virus by about 20%. The source is research led by the American epidemiologist Marc Lipsitch from Harvard University published in May 2020. Lipsitch came up with the figure while analyzing the winter waves of the older, harmless coronaviruses.

In his scenarios for the course of the COVID-19 pandemic, however, he said the number would be in a range of between 0 to 40 percent. A year later, he still can't provide any other information as he has not dealt with this question since then. "With COVID-19, it is difficult to unravel the effects of the seasons, measures and behavioral change," he says. "All hypotheses will remain only provisional."

Research on the impact of the seasons on the pandemic has been sparse and contradictory. Different studies say the summer can reduce the presence of the virus by between less than 20% to 60%. It only seems clear that the seasonal effect is stronger with increasing latitude.

"As long as we can't quantify the impact of non-pharmaceutical measures and social factors, we don't need to deal with seasonality from my point of view," says Matthias Linden, a theoretical physicist who works in Viola Priesemann's group at the Max Planck Institute.

Even if the summer effect cannot be quantified — the figures, which are currently falling so rapidly, don't suggest a particularly strong seasonality, Linden says. Completely unchecked, the original coronavirus had a reproduction number of around three in winter — which means that is one infected person infected on average three other people. With the more infectious variant B.1.1.7, the number is at least four.

We can ease restrictions carefully, and step-by-step, enjoy summer

Whatever has prevented an explosion of cases in winter — whether restrictions or voluntary caution — has lowered the reproduction number to 1, an 80% decrease. The vaccine has further reduced it by about 30%, although its effect has been counteracted by easing restrictions.

Summer is here, the public mood is improving and some people forget the reasons that led to restrictions: they keep no distance, no masks, and organize parties. The German left-leaning member of Parliament and epidemiologist Karl Lauterbach warns the people have become too reckless and expect a fourth wave of infections to take Europe by storm in the fall.

The reproduction number has sunk below one, the wave ebbs. Even small differences due to seasonality cause big changes in this phase. With a reproduction number of 0.8, infections halve within two weeks; at 0.7, the same thing happens in the space of one week.

"To assume that the measures play no role at all would be nonsensical, just like the idea that seasonality has only a very small or no influence on the number of infections," says Berlin epidemiologist Kai Schulze. So there is only one thing to do: we can ease restrictions carefully, step by step, and enjoy the summer. But meanwhile, we have to vaccinate anyone we can until autumn — that way we'll keep the winter wave small.